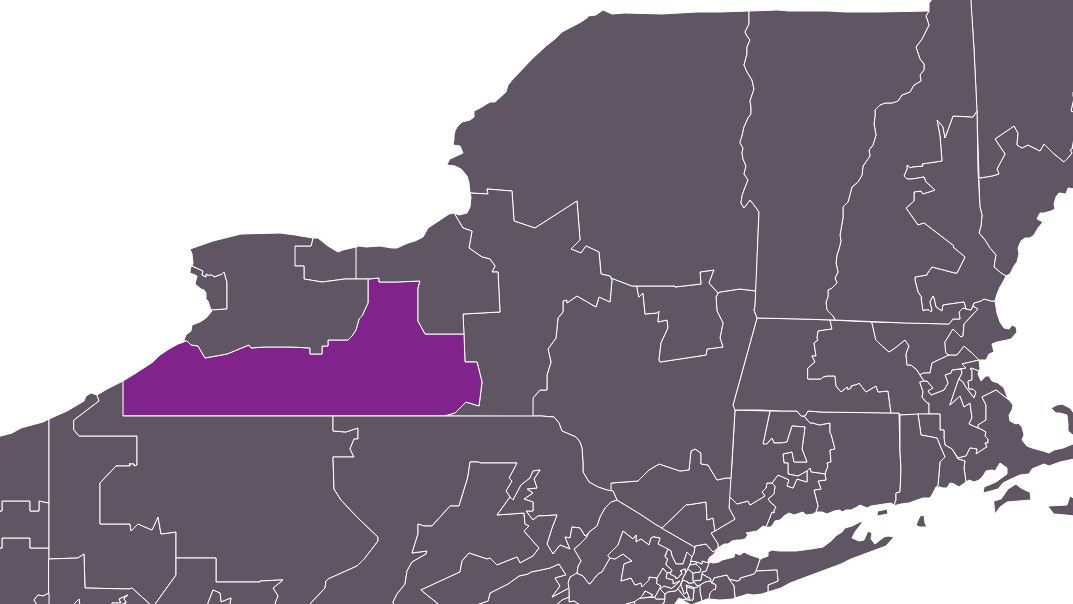 Some voters in New York's 23rd Congressional District will be voting in two congressional races on Aug. 23.

The race between Nick Langworthy and Carl Paladino for the Republican nomination for the new NY-23 has been well-publicized. The winner of that primary will go on to face Democrat Max Della Pia in November’s general election.

The other race is a special election for the current NY-23. The winner will finish the term of former U.S. Rep. Tom Reed, who left office in May to work for the lobbying arm of a public relations firm.

There are two people running for the opportunity to finish out Reed’s term, which lasts through Dec. 31. — Republican Joe Sempolinski, and again, Democrat Max Della Pia.

Both joined Capital Tonight to discuss why they have decided to run.

Della Pia, chairman of the Tioga County Democratic Committee, is a well-decorated Air Force veteran and retired colonel, as well as an attorney. He has an impressive resume that includes commanding the 109th Airlift Wing out of Glenville and membership in the National Ski Patrol. When asked why he wants to get into electoral politics, he said he feels obligated to run.

“I’m very concerned about our democracy and the trajectory that it’s on and I feel obligated to run to make it better, to change that trajectory,” Della Pia told Capital Tonight. “To me, we need to start talking to one another.”

In 2018, Della Pia ran in the Democratic primary for NY-23, losing to Tracy Mitrano.

“I think there are ways of incentivizing health care professionals to move to rural areas. I think once they do, they find out what a beautiful place rural New York is. But it is a real problem, because most graduates from medical programs are drawn to the cities, quite frankly because that’s where the money is,” Della Pia said.

Della Pia is a supporter of single-payer health care, though he says there are many ways to get there. For example, he’s not a fan of socialized medicine or any plan in which the government hires all the doctors and runs all the hospitals. Instead, he supports a system that has less bureaucracy than the current one.

“Out of every $3 of health care insurance, $1 is spent on administration,” Della Pia said. “We should be putting that money toward people who need the care.”

Sempolinski, the Steuben County Republican chairman, formerly served as former Rep. Tom Reed’s campaign manager and then district director, which is like being the head of Reed’s New York state congressional staff.

He told Capital Tonight that there are three things he could deliver to the people of the 23rd Congressional District in the four months that he may be elected to serve.

“Humbly, there’s no one who knows the old version of the 23rd better than I do,” Sempolinski said. “Therefore, I can get the constituent service side of things up and running faster, better and more efficiently than anybody else could.”

Secondly, Sempolinski noted that for the better part of what will be a four-month term (should he win), Congress will be in session and his vote will be especially important.

According to Cook Political Report's partisan voting index, New York's 23rd Congressional District is a "Republican +6 district," which means that it’s a solidly Republican district within the blue boundaries of New York state.