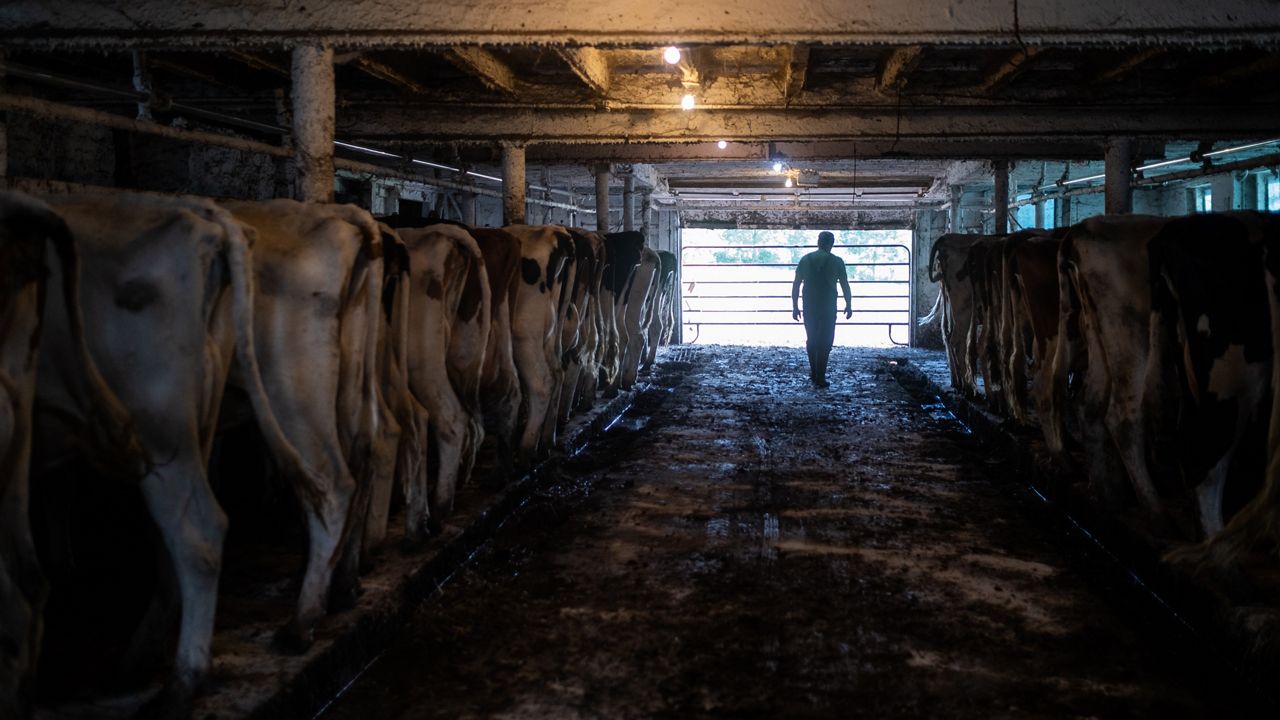 Officials with the Farm Bureau say they expect Gov. Kathy Hochul and her administration to accept the Farm Wage Board's recommendation to reduce the overtime threshold for farm workers after conversations they had with her this past spring.

The three-member Wage Board voted 2-1 in December to reduce the overtime threshold for farm labor to 40 hours. The New York Farm Bureau and agricultural activists have fought the potential reduction for several years.

Jeff Williams, director of public policy with the New York Farm Bureau, was one of several activists to sit down with Gov. Hochul in the spring, and said the governor indicated she plans to reduce the threshold to 40 hours over 10 years.

"We've had continuing conversations with the Department of Agriculture and Markets and her staff, but it is clear that the governor is intent on, you know... her plan is to go to 40 hours," Williams said Thursday. "And that's been the clear message from the governor's office."

Representatives with Gov. Hochul did not respond to a request for comment.

The three-member Farm Wage Board will meet at 4:30 p.m. Sept. 6, the day after Labor Day, to give its final report and recommendations to the Labor Department commissioner to reduce the overtime threshold to 40 hours.

It's expected to be the last time the board will convene.

But it could be several more months before Labor Commissioner Roberta Reardon decides to accept or reject the recommendation to gradually reduce to the threshold over 10 years.

Reardon must file the report with the department secretary, and then will have 45 days to accept or reject the decision. The state statute does not set a time limit​ on how quickly the report must be sent to the secretary.

Agricultural activists say they will continue to fight the decision before the Sept. 6 meeting.

Labor unions and other organizations have fought for the 40-hour threshold to give migrant farm workers a more fair wage. Farm workers continue to lack labor protections to other industries.

"That was over 80 years ago, and farm workers are still waiting for the dignity and fairness that they deserve."​

Lawmakers in the 2022-23 budget increased the Investment Tax Credit to 20% for capital farming expenditures, up from 4% for a personal income tax filer and 5% for a corporate filer. That will go into effect when filing 2022 tax returns in 2023, according to the state Department of Taxation and Finance.

The Farm Workforce Retention credit doubled to $1,200 in the budget through 2025, but started April 1.

The state's new Farm Employer Overtime Credit will be equal to 118% of the eligible overtime hours worked, providing a dollar-for-dollar tax credit for every penny spent on overtime pay if the state threshold is lowered. Eligible farmers can receive an advancement on the tax credit for the first six months of the year to help with cash flow.

​The new tax credits for farmers included in the state budget were created in preparation to offset higher labor costs, but Williams argued farms don't have the profit margin to afford steeper fertilizer, fuel and labor costs at the same time.

"A farmer has to wait six months to a year to get a reimbursement for those expenses," he said. "A lot of farms can't wait that long, don't have that cash on hand in order to make the full expense."

Zucker said the state's new tax credit that's greater than 100% was not given to farmers in California and Washington, where overtime thresholds are 40 hours.

People can file objections and recommendations to the report for 15 days after the Labor Department commissioner announces filing with the department secretary.

The Farm Wage Board was established to evaluate and make recommendations on whether to reduce the state's overtime threshold for farm workers to 40 hours. The Wage Board cannot consider any other decisions, and its job is expected to be completed after the report is submited to the department Sept. 6.

For more details about the upcoming Wage Board meeting, visit dol.ny.gov/farm-laborers-wage-board-hearings