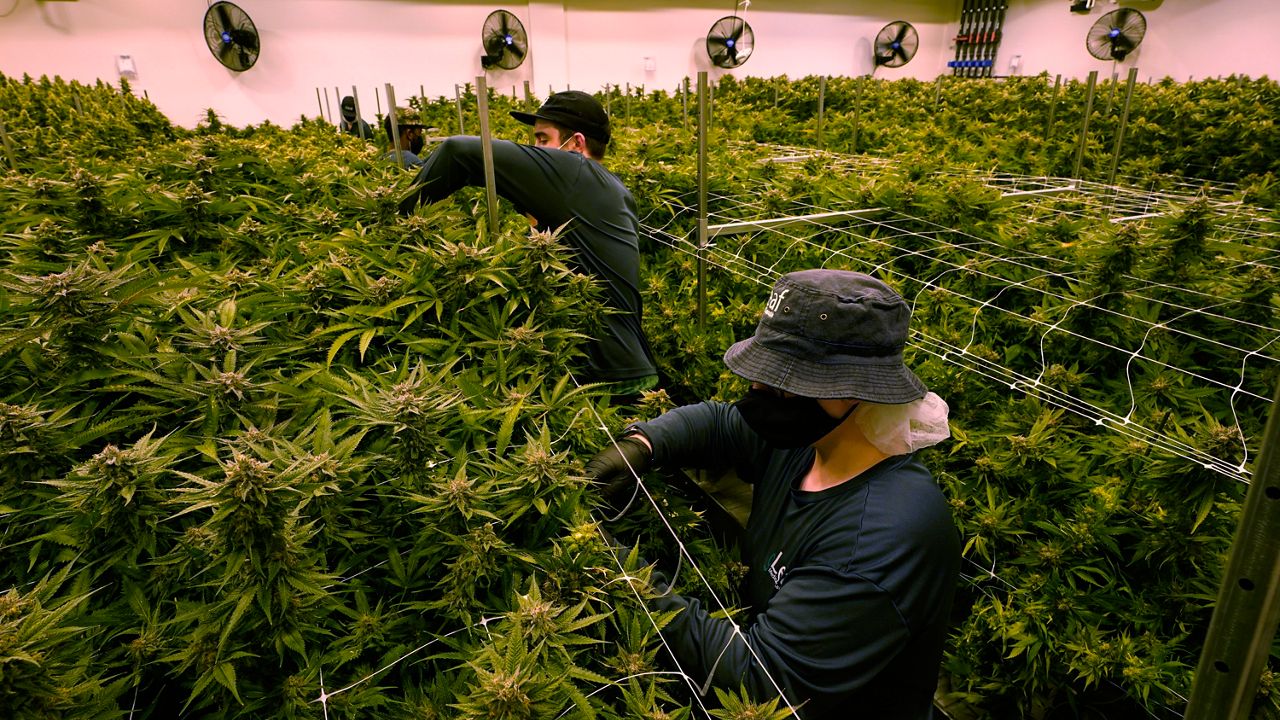 The state Office of Cannabis Management has received 14 applications in one week for people who want process cannabis flower, oils and products for New York's first recreational marijuana sales expected late this fall.

Farmers and entrepreneurs who want to prepare, manufacture and package cannabis products for sale started to file applications on June 28 for a Adult-Use Conditional Processor License.

"They're going to turn it into gummies or vapes or all those other packaged goods that you're so used to see being sold at a dispensary," said Allan Gandelman, president of New York Cannabis Growers and Processors Association.

The new state department has received the applications across 10 counties, including two each in Ontario, Albany, Erie and Monroe counties and one in Schenectady, Cortland, Tompkins, Onondaga, Yates and Orange counties, according to OCM on Tuesday.

Entrepreneurs with a cannabis-related conviction or a direct relative of someone with a pre-MRTA cannabis-related conviction in New York, or those with experience owning and operating a successful business in the state, were eligible to apply for licenses this year. The qualifications were outlined under the state's Seeding Opportunity Initiative Gov. Kathy Hochul announced in March​.

The Adult-Use Conditional Processor License is valid for two years from the date of issuance. All licenses will be invalid after June 30, 2024.

"The way that we are getting the adult-use market off the ground in New York state is by focusing on small businesses, small farmers and industries that are growing hemp within the state," OCM spokesman Freeman Klopott said Tuesday.

The new Office of Cannabis Management has issued conditional cultivator licenses to 203 New York hemp farmers for processors will purchase marijuana from. Eligible farmers had to have applied for a hemp processing license before Jan. 1.

"As we're opening our market, they're taking the stability they brought to the community and bringing the same stability into the cannabis industry in New York," Klopott said.​

Gandelman, co-founder of New York Hemp Oil in Cortland, applied for a processor's license last week without a hitch — hitting no roadblocks or issues in completing the lengthy application.

"It is a smaller group of experienced processors and manufacturers to apply," Gandelman said. "It is a large application. There's a lot of work involved, but it isn't anything we haven't done before."

The state's emerging cannabis industry is on track to license up to 150 dispensaries through early 2023.​

New York's Cannabis Control Board must set regulations for product testing, packing, labeling and other details. Draft guidelines for laboratory testing, marketing and labeling are open for public comment until Aug. 15.

Whitney said she and others in the industry expected the board would have finalized more regulations by now, but the waiting period is on par with other states that previously implemented the industry.

"But I have to say we're all grateful the state is taking its time," Whitney said. "Hopefully, it means they're being as mindful as possible to make it a logical setup for operators to actually exist within."

Cultivators and processors will have to adjust to the state standards, tweaking their practices to grow a healthy, successful crop that passes New York's benchmarks.

Supply will remain a primary concern for dispensaries that could be disrupted by complex regulations, waiting on government approvals and a lack of trained workers.

New York will have about 200,000 pounds of cannabis at the end of the harvest season, with farmers allowed to grow up to one acre between 1,000 to 2,000 pounds of marijuana each.

New York has one of the nation's largest cannabis markets and consumes between 1 million and 5 million pounds of marijuana each year.

Each applicant must pay a non-refundable $2,000 fee to be included in the state cannabis revenue fund. The fund covers costs to administer the program and implement the MRTA, including 40% to the state lottery fund for K-12 education grants to eligible school districts; 40% to the Community Grants Reinvestment Fund for local governments and community organizations; and 20% to drug treatment and public health education about marijuana use.

Recreational cannabis was estimated to generate $2 billion in state revenue when the legislation was signed into law.

Marijuana sales will start generating state revenue as soon as they begin in New York.

"It will keep building on itself," said Klopott, adding the revenue will ramp up over the next several years.

Funding is not specifically delineated in the state budget for processing applications.

OCM didn't give a timeline, but Gandelman hopes to hear about his application within the month.

"Farmers are going to start harvesting their crops sometime in September, so we want to make sure we are licensed, that our track and trace programs are in place so we can start receiving cannabis from all of these farmers," he said.

State officials have diligently studied what worked and didn't in the other 18 states that allow adult-use marijuana.

Whitney said that's a strong sign of what's to come.​

"It's a good program — it looks like, anyway," she added.