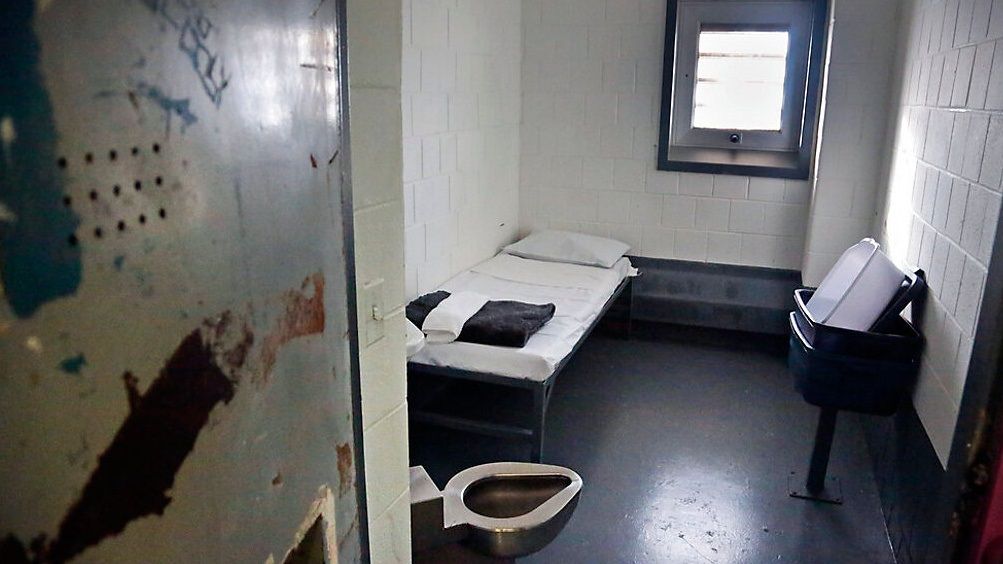 New solitary confinement rules under the HALT Act that limits a person in prison's time in segregated confinement housing were upheld after a federal judge dismissed a challenge filed by the state correction officers' union last year.

The Humane Alternatives to Long Term Solitary Confinement, or HALT Act, caps the amount of time an inmate in New York's prisons or jails can be held in segregated confinement housing to 15 days, or 20 days over a two-month period.

The union petitioned to overturn the law, arguing it removes disciplinary action and increases the likelihood of prison assaults and violent incidents.

A potential risk is not enough to repeal a law, the court ruled.

"It was a very feeble, weak effort that was done on behalf of the correctional officers that the judge knew was baseless and meritless," said Victor Pate, #HALTsolitary campaign co-director.

The court also ruled an increase in violent attacks before HALT took effect could not impact the law, which took effect April 1.

It is unclear if the union will appeal the decision.

“We filed the lawsuit last year before HALT took effect because of our grave concern that increased leniency in prisons would lead to more violence against staff and other inmates," New York State Correctional Officers and Police Benevolent Association President Michael Powers said in a statement Monday.​ "That fear has become reality for us. Unfortunately, the court did not agree with our arguments."

Assaults on staff in state prisons reached an all-time high in 2021 with 1,177 reported incidents. The state Department of Corrections and Community Supervision reports 558 cases from Jan. 1 to June 1 of this year, which is on pace to meet last year's record.

DOCCS classifies any attack by a person in prison as an assault. Assaults in prisons don't have to include physical injury, according to the department, which can skew data.

Powers said the union isn't giving up to repeal the law.

"Despite the ruling, we will continue our campaign to repeal HALT by organizing our membership to vote out those in the Legislature who supported the Act," Powers said. "Once the Legislature is back in session, we will focus our efforts on repealing HALT or amending HALT, to strike out the dangerous portions. NYSCOPBA continues to strongly oppose any portions of HALT that limit DOCCS’s ability to separate dangerous inmates from staff and other rule-following inmates. Fifteen days in segregated confinement for assaulting and injuring staff puts a target on our backs for those who take advantage of the law.”

Pate, a formerly incarcerated man from Queens, survived several stints in solitary housing over his 15 combined years in state prisons and Rikers Island on robbery and weapons possession charges.

"A lot of times, people are disciplined who have mental health issues and DOCCS' answer to that is segregation, separation and isolation, which in fact, the only thing that does is it exacerbates the circumstances and makes people more violent and it causes people to act out even more," Pate said.

The HALT Act excludes pregnant women or those with developmental disabilities and mental health issues from solitary housing. It also implements alternative rehabilitative measures for people in prison instead of time in a Special Housing Unit, and requires people held in solitary to receive programming by therapeutic staff five days per week.

Advocates are calling for greater oversight after people in prison have reported the state Department of Correction and Community Supervision is failing to implement the state's new solitary confinement rules and offer the required programming or therapies, Pate said.​

"Since the time this was signed into law, the Department convened a Central Office Steering Committee, established sub-committees and conducted training for all superintendents, Central Office division heads, and state-wide and local union representatives from each facility and bargaining unit," DOCCS said in a statement Monday in response to questions about the law's implementation.

"DOCCS was well-positioned with policies and infrastructure changes at the time the new law took effect. Since that time, the Department has seen an uptick in violence to both staff and the incarcerated population. It is our hope that the out-of-cell programming offered in the Residential Rehabilitation Units as a result of this law will have a positive effect on the population and lead to safer correctional facilities across the state."

DOCCS reports 1,477 people in prison housed in Special Housing Units as of May 1, with 286 in segregated confinement and 1,191 in Residential Rehabilitation Units.