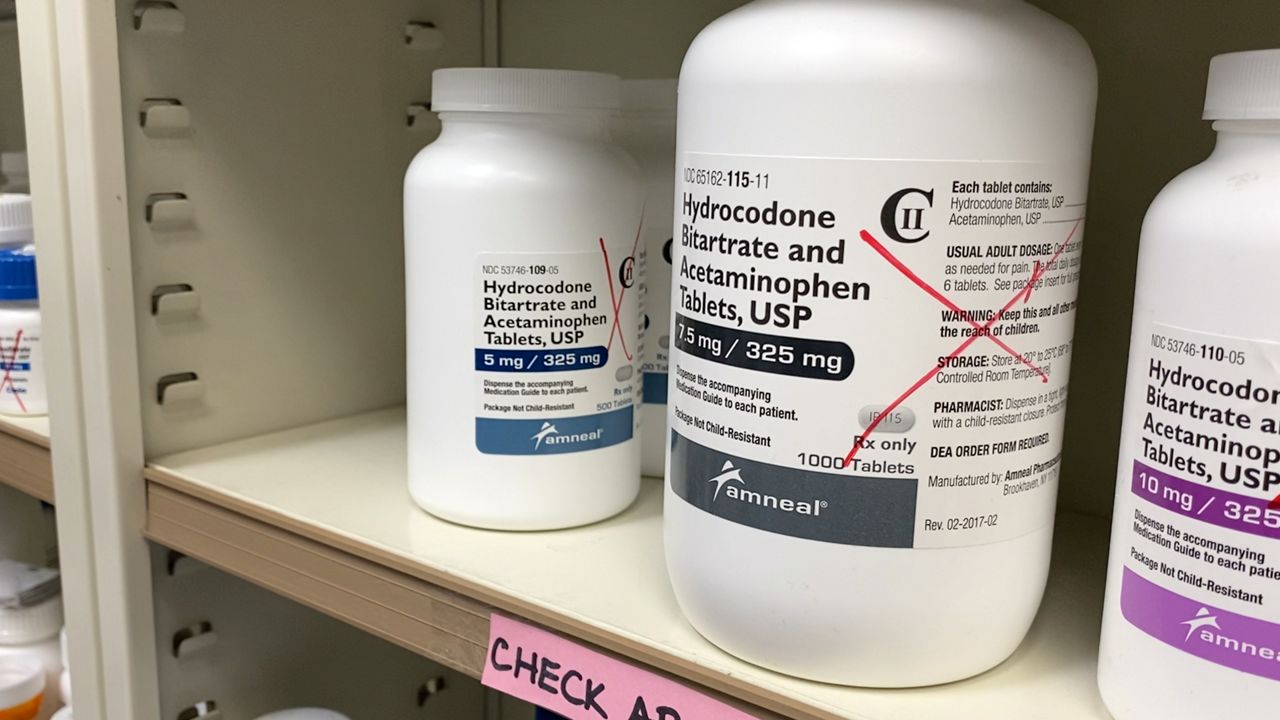 Emotions got fiery during the first meeting of New York's Opioid Settlement Fund Advisory Board on Tuesday when members asked staff with the state Office of Addiction Services and Supports what took so long to convene.

The 21-member board will make recommendations about how to spend the state's share of up to $1.5 billion in settlements from opioid manufacturers and distributors to address the opioid epidemic.

The board was established to recommend how to best spend the state’s share of up to $1.5 billion from settlements w/ opioid manufacturers and distributors.

The 21-member board is voluntary. State only reimburses members for expenses incurred while serving.

The board is comprised of health and substance use professionals, people recovering from drug use, parents of people who died due to overdose and others. Gov. Kathy Hochul, legislative leaders, former New York City Mayor Bill de Blasio and the state Association of Counties first announced appointments late last fall.

"With all due respect for everybody here, what the hell took so long to get this group together?" said board member and advocate Avi Israel, who co-founded Save the Michaels of the World Inc.

Israel was appointed to the Opioid Settlement Fund Advisory Board in November.

Some asked to postpone the vote until next meeting, but NYS OASAS
staff stressed being mindful of amount of work ahead

“With all due respect for everybody here, what the hell took so long to get this group together?” Israel says. “This is June. I was appointed in November.”

OASAS staff sent board members the group's bylaws and information the day before its first meeting on Tuesday. Several expressed they were unhappy to be forced to review the bylaws and be expected to vote to adopt them on such short notice.

"I feel responsibility to really have reviewed [materials] and I want to be thoughtful about votes," said board member Anne Constantino, president and CEO of Horizon Health in Buffalo. "I don't feel I personally had the time to do that."

Five members were absent Tuesday, prompting others to request to postpone voting on board leadership and to adopt the bylaws.

OASAS counsel stressed to the board to be mindful of the amount of work they're tasked to accomplish and warned against pushing items to future meetings.

"Please all of you guys in government, don't push us," Israel snapped back. "We're going to take our time and we're going to do it right. That's not our fault that legislation or whatever it is was sleeping at the wheel. We were ready months ago, so if this governor was really interested in getting this, she could have pushed."

Legislation to create the advisory board and figurative "lock box" for the state's opioid settlement funds was initially signed into law under former Gov. Andrew Cuomo. The legislation had technical errors, which lawmakers fixed this past session. Gov. Hochul signed that bill into law in March.

Members requested the Office of Addiction Services and Supports send relevant data or meeting information a week, or at least several days, in advance.

"We'll provide as much as we can provide," said Tracey Collins, OASAS director of government affairs and federal policy.

New York could receive up to $1.5 billion in opioid settlement funds that must be used for treatment, recovery and reduction efforts.

It remains unclear how much the state will receive or the total figure the board must make recommendations for.

OASAS staff are working to understand how much money is going where, they say, and will give the board reports with details before its next meeting June 28.​

OASAS Commissioner Chinazo Cunningham is confident board members will overcome their differences and connect over their goal to improve the lives of New Yorkers with opioid-use disorder.

"Ultimately, we're going to come together," Cunningham said. "There might be some bumps in the road and there might be some differences in terms of passion, but I think we're all on the same page about preventing tragedy and the devastation that the opioid and overdose epidemics have had on families, individuals, communities and the state."

State Attorney General Letitia James secured billions of dollars in damages last summer after winning extensive national lawsuits against opioid manufacturers and distributors for their role in the opioid epidemic.

The board will issue an annual report with its recommendations, where settlement funds have been spent and how they're being used.

The board includes health and substance use professionals, people recovering from drug use, parents of people who died due to their addiction and others who will meet at least quarterly over the next three years.