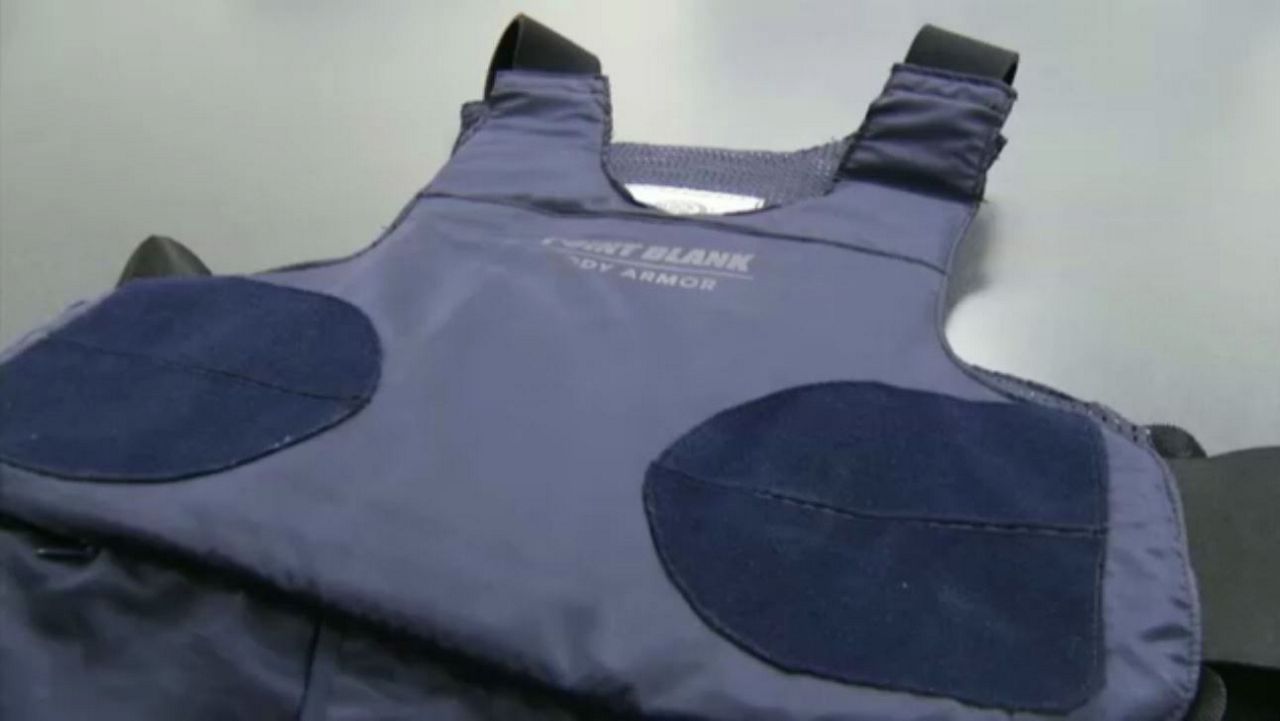 BUFFALO, N.Y. -- Gov. Kathy Hochul signed a bill into law this week billed as a body armor ban, but the legislation actually bans what the state defines as a "body vest" for most civilians.

Attorney and Second Amendment activist James Ostrowski said it appears the governor and Legislature, in a rush to pass new reforms before the end of session, left a loophole in the new law.

"If they had had more time, there wouldn't have been such obvious stupid mistakes," Ostrowski, who was not a fan of any of the end-of-session bills, said.

The definition of body vest already in the books describes it in part as a bullet resistant soft body armor. The governor's office confirmed it does not expressly cover hard body armor.

"When you rush things through and you've got an election coming up and you're just trying to kind of con the public into thinking that you're doing something, this is the kind of stupidity that's produced," Ostrowski said.

Police said the shooter in the Buffalo Tops massacre — that in part spurred the reform — was wearing what would be considered "hard body armor," fabric that holds armor plates to protect against gun shots. It appears the Department of State, tasked with promulgating the rules for he new law, may not be able to interpret it to include that kind of product.

"If they did that, they'd be opening themselves up to legal challenges," Ostrowski said.

The governor's office said she was proud to sign the "groundbreaking new law" and will work with the Legislature to expand the definition at first opportunity. The office pointed out the Assembly sponsor told The Trace, a publication that covers gun violence and first reported the issue, that he was eager to amend the law if needed when legislators return in January.

However, Ostrowski believes the legislation, even as it stands, could face legal challenges.

"People have the natural right to protect themselves and that's in the Declaration of Independence," Ostrowski said.

The law goes into effect in early July. The Department of State must also define which occupations are legally entitled to purchase bulletproof vests.

The legislation spells out some, like peace officers and military personnel but leaves it to the Department of State to designate other professions.