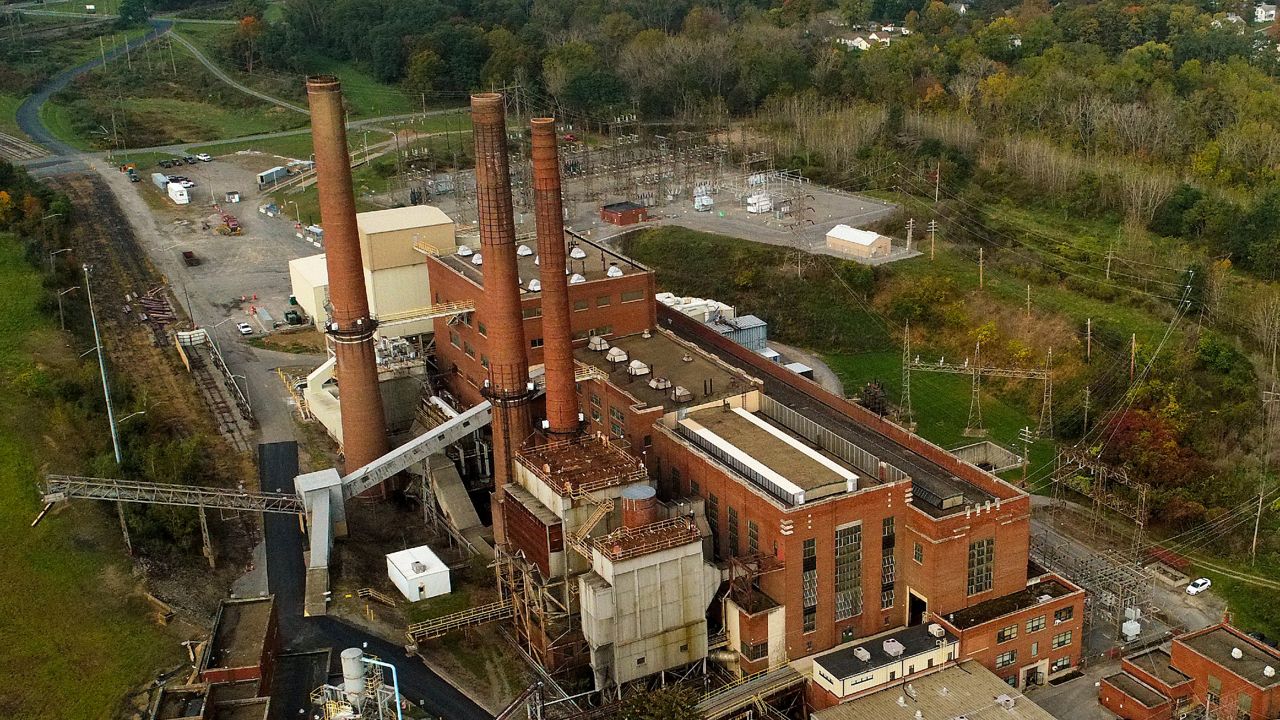 Smokestacks from the Greenidge Generation power plant tower above nearby homes in Dresden. (AP Photo)

The New York legislative session was a mixed bag for the environmental community.

While nothing was resolved regarding how the state will pay for its transition to clean energy, there was movement to protect the environment from behind-the-meter proof-of-work cryptocurrency mining.

“It’s passed, both houses, and it will go on its way at some point to the governor,” said Richard Schrader, the New York policy director for the Natural Resources Defense Council.

It’s not yet clear Gov. Kathy Hochul will sign the bill.

Schrader pointed out there are multiple methods of monetizing cryptocurrency, and the moratorium passed by the Legislature will only affect one method called “proof-of-work."

“It’s enormously, wastefully energy intensive. In the last five years, there’s been a 10-fold increase in electricity use by this particular type of technology,” Schrader told Capital Tonight. “It uses more than seven times the amount of electricity Google does in a given year worldwide.”

The narrowly-drawn bill will not affect the air permit application by Greenidge Holdings, the closely-watched cryptocurrency mining operation in the Finger Lakes.

The Legislature also passed a bill called the “Advanced Building Codes, Appliances and Equipment Efficiency Standards Act,” which, if signed into law, will increase efficiency standards for appliances and electronics. It will also strengthen building codes.

“It’s about appliances. Everyday appliances like televisions, computers, commercials, ovens. It creates a higher standard of energy efficiency for all of these,” Schrader explained. “There’s nothing that is in this bill that’s not already on the market.”

According to the NRDC, this bill alone will save consumers $15 billion over the next 15 years.

“Energy efficiency is the invisible, renewable fuel, I say, because it takes out a lot of the greenhouse gas emissions and pollutants,” Schrader explained. “We don’t see it; it’s not majestic like a wind turbine, but it’s there and if we’re going to have that 40% reduction by state law in greenhouse gas emissions by 2030, one-third of them will come from energy efficiency.”

Two bills that didn’t pass at the end of session were the “Build Public Renewables” bill, which would expand the role of the New York state Power Authority, and the “All Electric Buildings Act,” which would have placed a moratorium on gas hookups for certain new buildings.

State Assembly Speaker Carl Heastie is expected to hold a hearing on the “Build Public Renewables” bill sometime in the fall.

“So, the dialogue continues and it’s an important one,” Schrader said.

As for the “All-Electric Buildings Act," Schrader said New York City has already passed a bill that’s similar to the one that failed in the Legislature.

“This is the time to do these kinds of electrification,” he said. “We have to get away from gas heating, which is both polluting and also creates climate problems. The time to do it is with new buildings.”