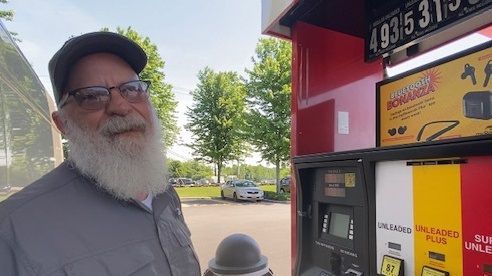 With summer unofficially underway, drivers across New York are about to finally see some relief at the pump.

Motorists across the state and nation have been feeling some pain at the pump lately.

"Sixty-three fifty, and that was for half a tank," said driver Russell Tacker.

But on Wednesday, the state gas tax suspension, passed by state lawmakers as part of the budget in April, will go into effect through the end of the year. It comes as the national average price for regular gas hits more than $4.60 a gallon, with the state's average reaching nearly $5 a gallon.

The gas tax suspension is expected to save New Yorkers 16 cents per gallon and more than $600 million across the state.

The legislation to lower the state's portion of taxes also gave counties permission to reduce their local gas taxes. Many have taken those steps already, including Oswego, Onondaga, Monroe and Dutchess counties.

Tacker is from Arkansas. He travels around the country with his wife hauling medical supplies, so high gas prices have hurt their business.

"It's not good at all, but you gotta go with the flow," said Tacker.

He’s seen how bad gas prices have gotten across the country.

According to Gas Buddy, the average gallon of gas in Los Angeles costs over $6. In Manhattan it's over $5. In Newburgh, gas is almost $5 a gallon for regular and almost $6 for premium.

But starting June 1, drivers in New York will get a break — 16 cent savings per gallon thanks to the state's gas tax holiday.

"There are a few layers of a gas tax. There's the state share, local county share, there's a federal share. So what we did is we created a gas tax holiday for the state share from June 1 to December 31," said state Senator James Skoufis.

"Any breaks will help," he said.

It could take gas stations a day or two to implement and pass the savings on to drivers, but Skoufis said the gas tax holiday couldn’t come at a better time, when inflation is hitting consumers not just at the pump, but at the grocery store too.

He said the state is paying for the tax holiday with revenue received from increasing taxes on millionaires.

County governments were also given authority to cut their share of the sales tax on each gallon of gas starting June 1. Both Ulster and Dutchess counties capped the amount of county sales tax that could be collected per gallon at eight cents.

Skoufis is calling for a similar gas tax holiday nationwide, something Tacker would love to see too. Until then, he just hopes gas prices will eventually fall.

"Wish they'd go back down. That’s about all you can say," said Tacker.