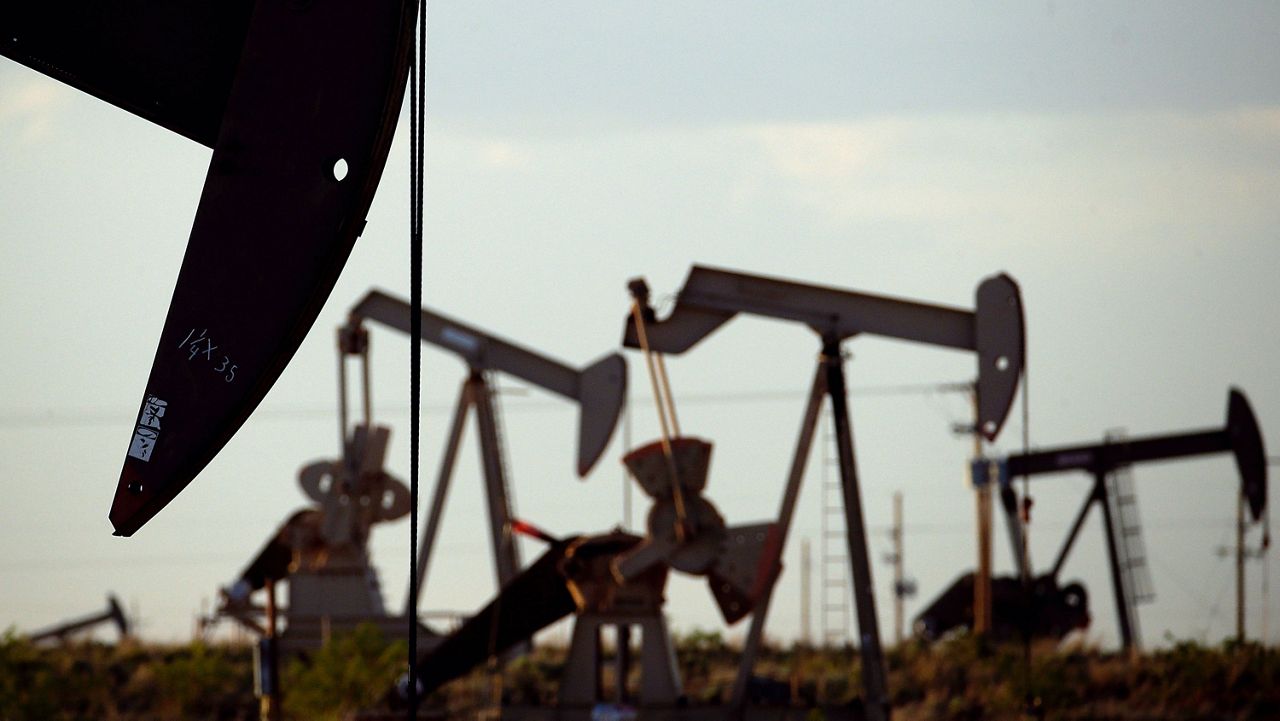 When someone makes a mess, they're expected to clean it up.

Fossil fuel companies that have emitted significant greenhouse gases leading to the climate crisis would be required to pay a combined $30 billion to the state for environmental upgrades under new legislation introduced Thursday.

The Climate Change Superfund Act would require coal, oil and natural gas companies pay a share of the cost for green infrastructure projects to remediate environmental harm and remove the burden from taxpayers who did not contribute to the harmful atmospheric emissions.

"We all learn the simple rule in kindergarten: You make the mess, you clean it up," said Lee Wasserman, Rockefeller Family Fund director. "But when it comes to corporate morality and responsibility, too many oil companies seem incapable of learning this lesson. These companies are still insisting on privatizing their billions and billions of dollars in gains but socializing the grave damage, death and destruction they are causing the rest of us."

Companies would pay damages based on their share of total greenhouse gas emissions since the year 2000.

The state Department of Environmental Conservation would use industry-specific formulas for each fossil fuel company to calculate their emissions and identify those responsible. Proving negligence or wrongdoing is not required for companies to be obligated to pay damages.

The DEC would use publicly peer-reviewed formulas based on decades of research to determine a pollutant's share of the carbon dioxide released into the atmosphere, making it possible to accurately determine a company's liability, according to the bill.

"Who should pay? The oil companies should pay because they're the ones who are behind the problem," New York Public Interest Research Group Executive Director Blair Horner said Friday.

Many fossil fuel companies have waged decades-long campaigns to deceive the public about scientific evidence showing the danger of the globe's increasing temperatures, Horner said.

"We know they knew," he added. "They caused a problem, they created waste, and they need to be on the hook for it."

Companies would be notified of their total amount owed to New York up front to be paid in a fixed cost over 10 years. Twenty percent of the damages would be owed the first year.

The money would be placed in a new Climate Change Adaptation Fund to be used for green infrastructure projects to help New York be more resilient against the impacts of climate change. Potential upgrades include repairing damage from extreme weather events and upgrades to storm water drains, roads, bridges, electrification and public transportation. The DEC will determine eligible projects.

Damage costs will widely vary company to company, so the penalty is not expected to impact the cost of sold products. Bill sponsors say a corporation's desire to stay competitive with other companies should prevent cost increases for services.​

"The fossil fuel industry has to take some responsibility for creating this crisis," said bill sponsor Sen. Liz Krueger, a Manhattan Democrat. "There is irrefutable evidence that as far back as the 1970s, many of the biggest fossil fuel companies knew much more about the disastrous long-term impacts of burning fossil fuels than they had acknowledged or admitted to the public."

With three days left of legislative session, the Climate Change Superfund Act will not advance before lawmakers leave Albany for the year. But lawmakers forged ahead and introduced the bill Thursday in anticipation that garnering support for the measure will be a long-term legislative project.

Assembly Codes Committee Chair Jeff Dinowitz, a Democrat from the Bronx, sponsors the bill in the other chamber.

"We all know we have to do something about the damage that's been done over the years," Dinowitz said. "We have an opportunity with this legislation to try to address some of that."

The DEC would evaluate and fine fossil fuel companies if they have a working business relationship within the state. An industry could be charged without having a brick-and-mortar location in New York, as harmful emissions supercede state boundaries, lawmakers said.

The DEC, state Department of Taxation and Finance and state attorney general's office will enforce the Climate Change Superfund Act if signed into law.