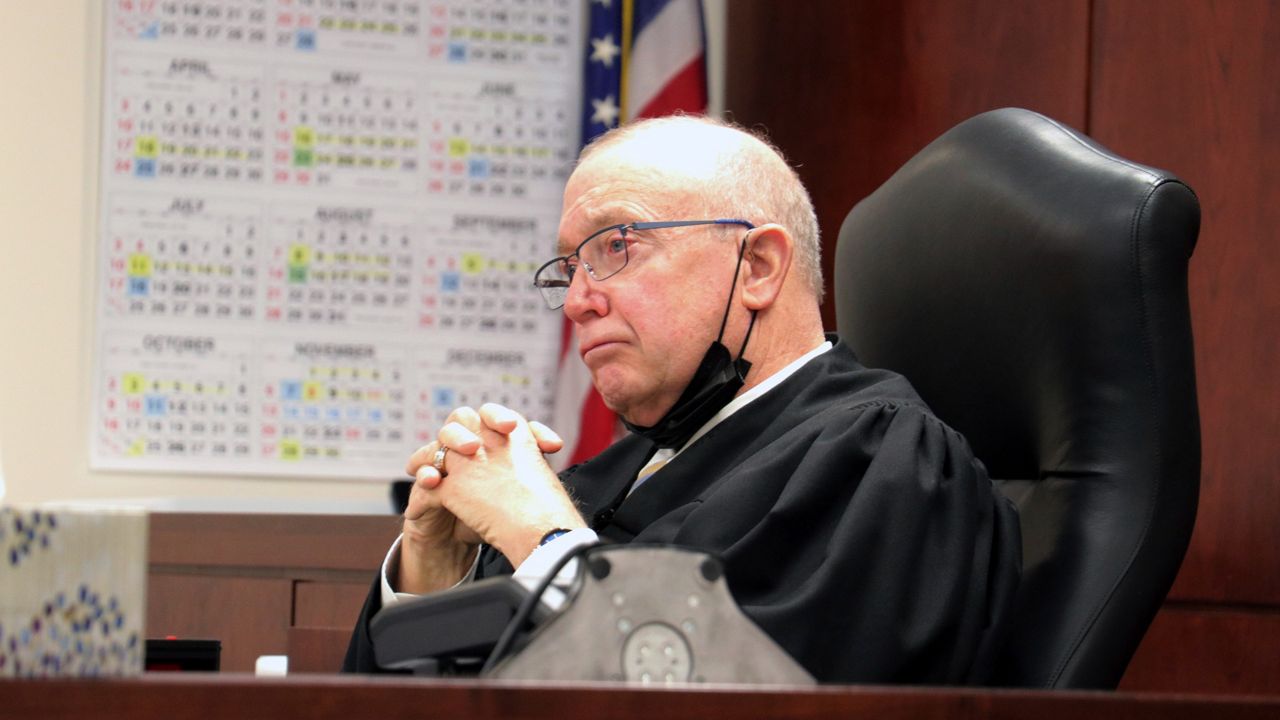 Judge Patrick McAllister listens to arguments during a hearing in court in Bath, N.Y (AP Photo)

BATH, N.Y. — When state Supreme Court Justice Patrick McAllister ruled in late March to throw out state Senate and Congressional maps because the Independent Redistricting Commission and Legislature did not follow the proper process, he also tossed out the Assembly maps.

McAllister wrote in the decision that despite the fact the GOP-led petitioners didn't challenge the Assembly lines, the Legislature drew them under the same unconstitutional process.

"That basically shows that he should be willing to accept this motion as it will validate his prior ruling and it will apply the same legal rules and principals equally across the board," New York Young Republican Club President Gavin Wax said.

While a majority of McAllister's ruling survived the state appeals process, higher courts did restore the Assembly map. However, Tuesday the issue was back in front of the judge as three separate parties have requested to intervene now to challenge those lines.

Wax is among them.

The primary arguments by attorneys for the Governor's Office and the Legislature were about timing. They said the three potential intervenors, which also included a group of independent and Libertarian Party candidates and former state Senate candidate Gary Greenberg, should have made a motion during the litigation, not following the Court of Appeals' final ruling.

They also argued changing the Assembly lines at this point would add another major burden for the Board of Elections, which now has two primary election dates already this year. The judge himself raised those concerns throughout the hearing.

"That is the cost you pay when the Legislature's acted unconstitutionally," Wax responded. "So the same people who have created this unconstitutional mess are now trying to argue that there is no possible remedy because it's too timely etcetera, etcetera."

The respondents also argued Wax and Greenberg did not have standing to be intervenors. The judge could rule simply on whether or not to allow any or all of the parties to intervene or could issue a final decision.

He reserved his judgment in the courtroom Tuesday but said he would issue the decision as soon as possible.