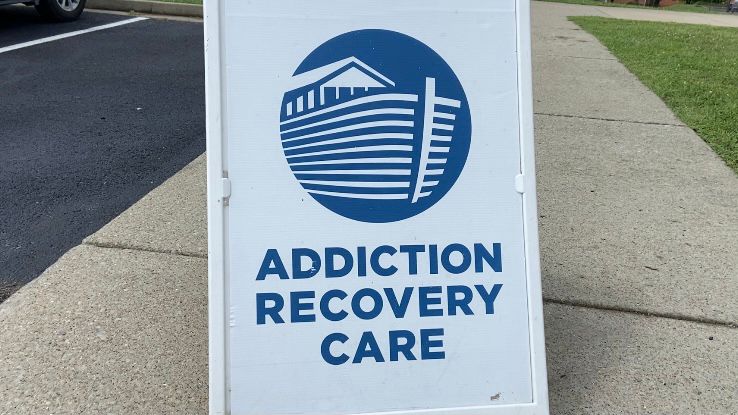 Advocate Avi Israel told Capital Tonight the story of a 30-something-year-old-man named Michael who has been in and out of addiction treatment facilities for years.

Michael will successfully get sober, but sobriety will then lead to nightmares, anxiety, night sweats and emotional terror. Israel thinks Michael may have post-traumatic stress disorder. Michael will admit to what is obvious to those around him: He cannot deal with the emotional pain that sobriety brings, so he falls back to using drugs.

Today, Michael is back out on the street again, continuing a deadly cycle that has been going on for years.

Coincidently, Israel is the president and co-founder of “Save the Michaels of the World," a Buffalo-based organization named after his son, Michael, who committed suicide after years of battling drug addiction. Israel is also New York Attorney General Letitia James’ pick to serve on the Opioid Settlement Control Board.

“The odd thing is, Susan, they sit on the same ground,” Israel said of OASAS and OMH facilities across the state. “They’re basically yards apart, but they could be worlds apart.”

Of the 12 Addiction Treatment Centers (ATCs) run by OASAS, 10 of them are on the same grounds as OMH psychiatric facilities.

People with co-occurring issues will seek treatment at one of the OASAS facilities, but under current law, OASAS facilities may only screen for mental health issues. They may not treat those issues.

“If somebody is at an OASAS addiction treatment center, it does not appear that those individuals, if they need psychiatric help, can get it just by some kind of cooperation between the staffs at the two facilities,” according to a source in a position to know. “Why don’t you get the two agencies working together?”

Advocates said it’s frustrating because they are overwhelmed with people who are simply trying to get the help they need.

“'Save the Michaels' has had over 6,000 calls for help (this year). We have placed over 350 people into treatment, 320 went to state-owned facilities. We are keeping OASAS in business. What’s so upsetting is that there are people with co-occurring conditions. But at OMH, you can’t get any help. It’s siloed,” Israel said. “The system is broken.”

State Assemblymember Phil Steck, a Democrat from Colonie, wants OASAS Addiction Treatment Centers to be able to treat the mental health issues of patients who are there for substance abuse disorders. His bill is co-sponsored in the Senate by Pete Harckham, a Democrat of Peekskill. The bill numbers are A10211/S9087.

“We are trying to get mental health services to all people in OASAS programs,” Steck told Capital Tonight. “It would be helpful to have (mental health professionals) immediately accessible to people in drug treatment programs. In the budget, we tried to do that. It didn’t work because OASAS wants to screen people for mental health and farm them out. It is not scientific to put people in either the mental health category or the drug treatment category. They need both services at the same time in the same location."

“The notion in both bills is very similar,” Woerner said. “We stovepipe these services. So, for somebody that has co-occurring issues, whether those are mental health issues or physical issues, they can’t go to a facility for addiction and also receive the care they need for the co-occurring condition. In part, that’s because the addiction facilities are not really equipped; they don’t have the capacity in terms of staff and expertise to deal with both mental health issues and addiction, or medical issues and addiction.”

If the bills pass, demonstration facilities will be set up in various communities around the state in order to illustrate how it could be done, the costs and gauge the amount staffing required.

“The recovery community has a real strong qualitative sense that this is really needed. That we are missing this in our continuum of care,” Woerner said.

Woerner believes the facilities will be expensive to operate, but advocate Avi Israel said there is a pot of money just waiting to be spent on this idea. To that end, he is pushing for the immediate convening of the Opioid Settlement Control Board to speed the allocation of $208 million in settlement funds. But not all of the board’s 21 members have been appointed.

“Every day that there’s a delay, 14 people in New York state lose their life,” Israel said quoting statistics from the CDC.

A spokesman for the State Office of Mental Health referred Capital Tonight to OASAS.

A spokesman for the Office of Alcohol and Substance Abuse Services (OASAS) emailed the following statement:

Currently, individuals can receive treatment for co-occurring disorders through OASAS and OMH. OASAS providers are trained in how to recognize and screen for mental health disorders, establish a care plan, and refer to appropriate mental health programs when necessary. OASAS and OMH also collaborate on many initiatives including-the development of Certified Community Behavioral Health Clinics, which provide treatment for addiction, mental health, and physical health issues, as well as Crisis Stabilization Centers which will provide immediate care for people who are experiencing a mental health or addiction crisis.

OASAS has also collaborated with OMH and the Department of Health on an integrated license initiative, which allows providers to offer physical and behavioral health care in the same facility without the need for multiple licenses.

OASAS and OMH are also working together to support the development of the 988 hotline, which is a new behavioral health crisis hotline in New York State that will begin operation in July.

Additionally, the Behavioral Health Services Advisory Council, is the joint advisory body for both agencies.  The Council meets quarterly to evaluate services throughout the entire system of care.