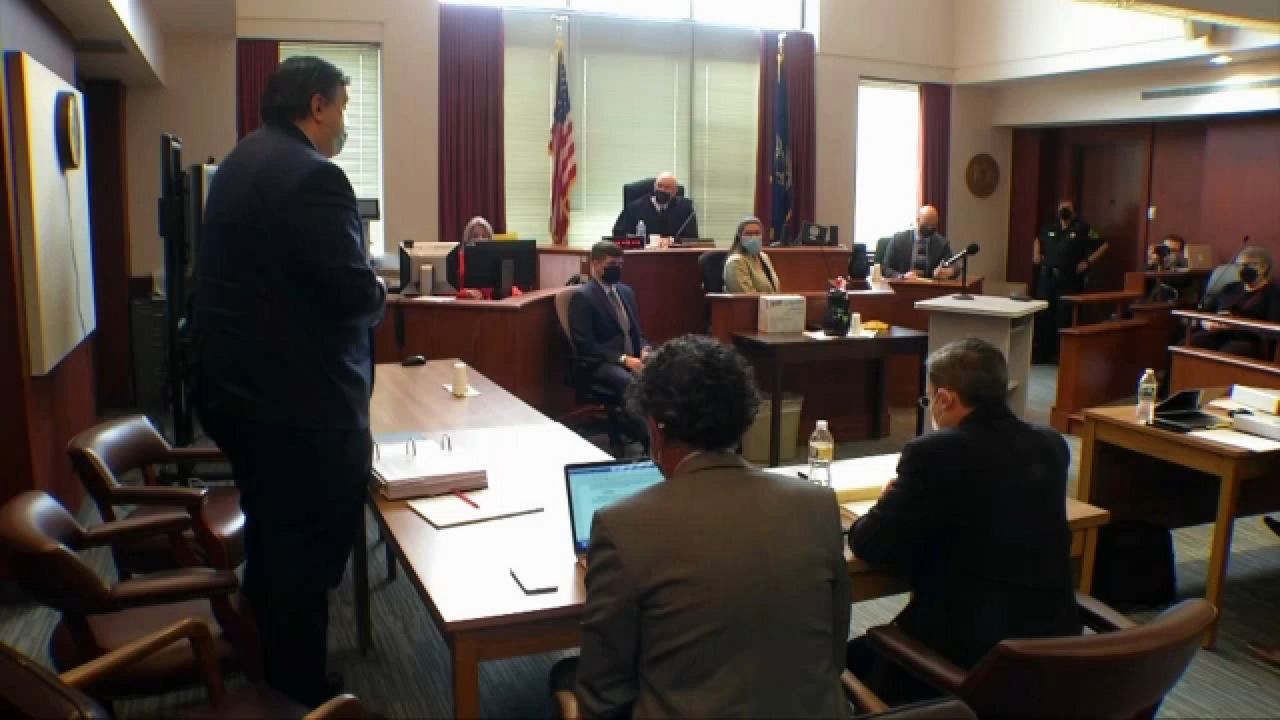 The hearing was in Steuben County, but a large majority of the speakers were from New York City.

“I think particularly minority communities, I think we saw a lot of representation from the Latino community, from the Asian community come up and say, 'hey, our voice matters, our representation matters and we’re going to fight for it even if we have to drive five hours from New York City to Bath, New York," state Senate candidate Angel Vasquez said.

Vasquez, from northern Manhattan, asked Cervas to consider lines proposed by the Independent Redistricting Commission. He said the IRC made his district more compact and was more favorable for Latino voters.

Despite many people maligning the commission process, which was part of the reason the Legislatures maps were thrown out, a number of speakers said the drafts it did submit had some good points.

“To me, it wasn’t a bad starting point for the special master because I do think that some of the maps that were produced took into consideration the voice of the people," Vasquez said. "Again, I’m going to go back to those 24 hearings that the IRC conducted over the course of 2021 to produce those maps.”

Other people and organizations have submitted their own plans and maps to the court. Among them is Common Cause NY.

Executive Director Susan Lerner explained why the good government group is committing its own resources.

“It’s really important to have a non-partisan statewide map, which is why we ended up drawing the map after the Court of Appeals decision to provide a nonpartisan unbiased no politically drawn map for the special master," Lerner said.

Friday's hearing was the only one scheduled but Cervas has access to all previous statements and material collected by the IRC.

“The special master has a very hard job," Lerner said. "This is a difficult state to draw, particularly for someone who isn’t familiar with it. He has a lot of material to go through but his reputation is as a fair and credible map drawer.”

Attorneys for the Republican-led petitioners and the state Legislature were also given a little more time to make the case as to why Cervas should either adopt or draw from the maps they submitted.

The Legislature, in fact, fully resubmitted its invalidated state Senate map, arguing it was thrown out because of the process under which it was adopted, not because it was a partisan gerrymander.

It did make revisions to the congressional lines for which the court did find there was evidence of gerrymandering.