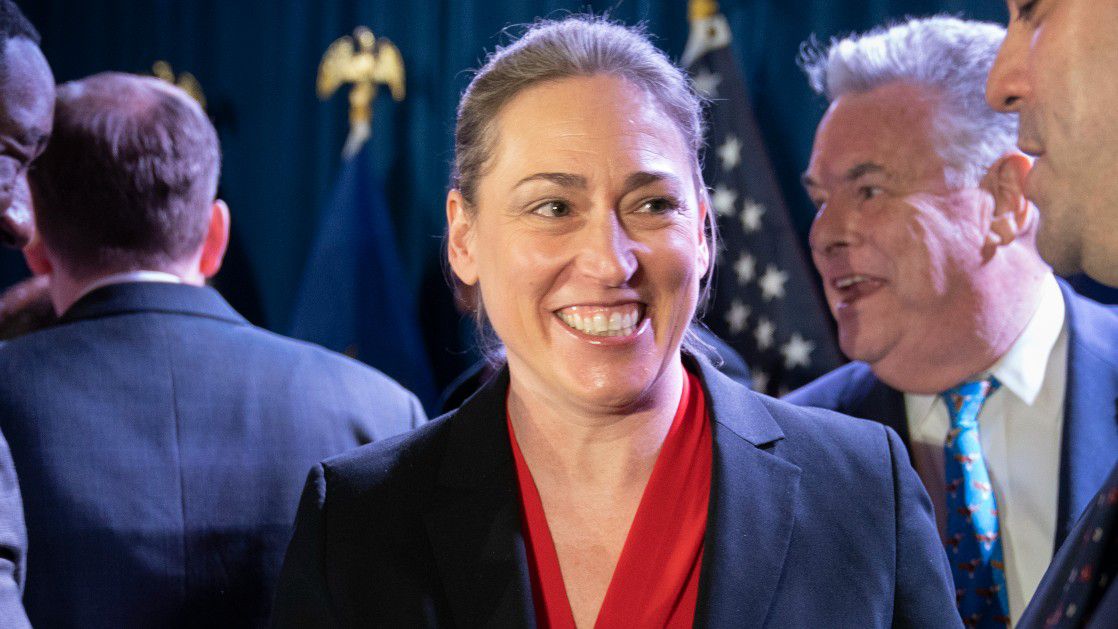 In an interview on PBS’ New York Now last week, Alison Esposito, the designated Republican nominee for lieutenant governor, publicly came out as a gay woman.

The announcement is historic because Esposito could become just the second openly gay nominee for statewide office by a major party and the first for the Grand Old Party in New York.

Charles Moran, president of the Log Cabin Republicans, a group that represents LGBT conservatives and allies, told Capital Tonight that he believes that the Republican Party and the country have come a long way and that “sexual orientation is not your qualifying factor. It’s something that’s just a part of who you are.”

Despite being the home of the Stonewall Inn, the birthplace of the modern LGBT movement, New York has never elected an open member of that community to statewide office. Karen Burstein, who had come out as a lesbian, became the Democratic nominee for attorney general in 1994 before losing the general election to Dennis Vacco, the last Republican elected to that office.

Despite the lack of a statewide win, there have been openly gay members of the state Legislature. State Assemblywoman Deborah Glick became the first openly lesbian member of the Assembly with her election in 1990. Former state Sen. Tom Duane became the first openly gay member of the upper house in 1998. Despite openly transgender candidates running for the Legislature, none have been elected as of yet.

Moran argues that despite the historic nature of Esposito’s candidacy, gubernatorial candidate Lee Zeldin picked her as a running mate because of her background and her community connections.

“Polls have shown that America and Republicans and conservatives have moved on from the issue of sexual orientation being a qualifier or a disqualifier from public office,” Moran said.

Esposito was a deputy inspector at Brooklyn’s 70th Precinct prior to being selected as Zeldin’s running mate.

Esposito’s candidacy comes as arguments surrounding Florida’s Parental Rights in Education law continue to flare. Moran said his organization supports the legislation because it’s up to the parents to handle instruction of sexual orientation and gender identity.