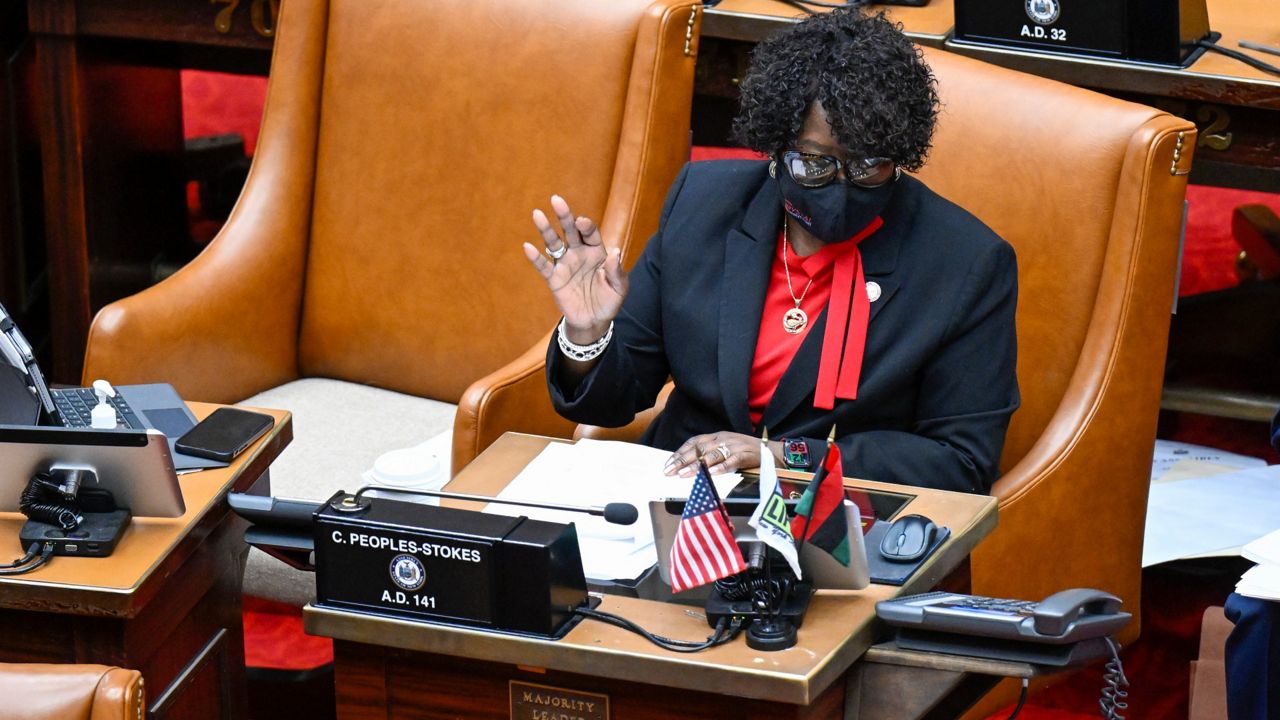 In a series of radio and television ads, the Seneca Nation of Indians is slamming New York Gov. Kathy Hochul over two issues related to the Buffalo Bills stadium deal: Freezing their bank accounts and using the money to pay part of the state’s share of the subsidy, and because of a perceived conflict of interest — Hochul’s husband works for Delaware North, the company that has the Bills stadium concession.

New York state Assembly Majority Leader Crystal Peoples-Stokes, of Buffalo, was asked if these were valid arguments against the stadium and the governor.

“These are not valid arguments, but this is what happens when you are in a political arena. People will come up with things that they think will disparage you,” she said.

Peoples-Stokes told Capital Tonight that the Senecas “owed” the money in question.

Secondly, Peoples-Stokes said that Delaware North, the corporation that employs Hochul’s husband, is an international company.

“The fact that they have one contract that happens to be the Buffalo Bills, and the governor’s husband happens to work there, I don’t necessarily see that as a conflict of interest,” she said. “And also, she’s recused herself from anything that has to do with the state of New York and Delaware North. I’m sure he can do that legally and not violate any ethics. But it’s up to them at their family table to decide how they want to deal with that, respective of how the public is looking at it.”

The Seneca Nation has not returned an emailed request for comment from Capital Tonight.

Wednesday at the state Capitol, formerly incarcerated New Yorkers rallied against including bail reform changes in the state budget saying “they will worsen the humanitarian crisis in jails, coerce more guilty pleas from innocent New Yorkers, and lead to no public safety improvements.”

Peoples-Stokes told Capital Tonight she’s disheartened by the inclusion of the changes in the state budget.

“By and large, the intent of bail reform worked exactly like it was intended to work. So yes, a little disappointed about that, but it probably will be in the budget,” she said.

When asked when the Legislature would start voting on budget bills, Peoples-Stokes hedged.

“I’m very hopeful it will happen tonight. Or tomorrow. Or Friday,” she said.