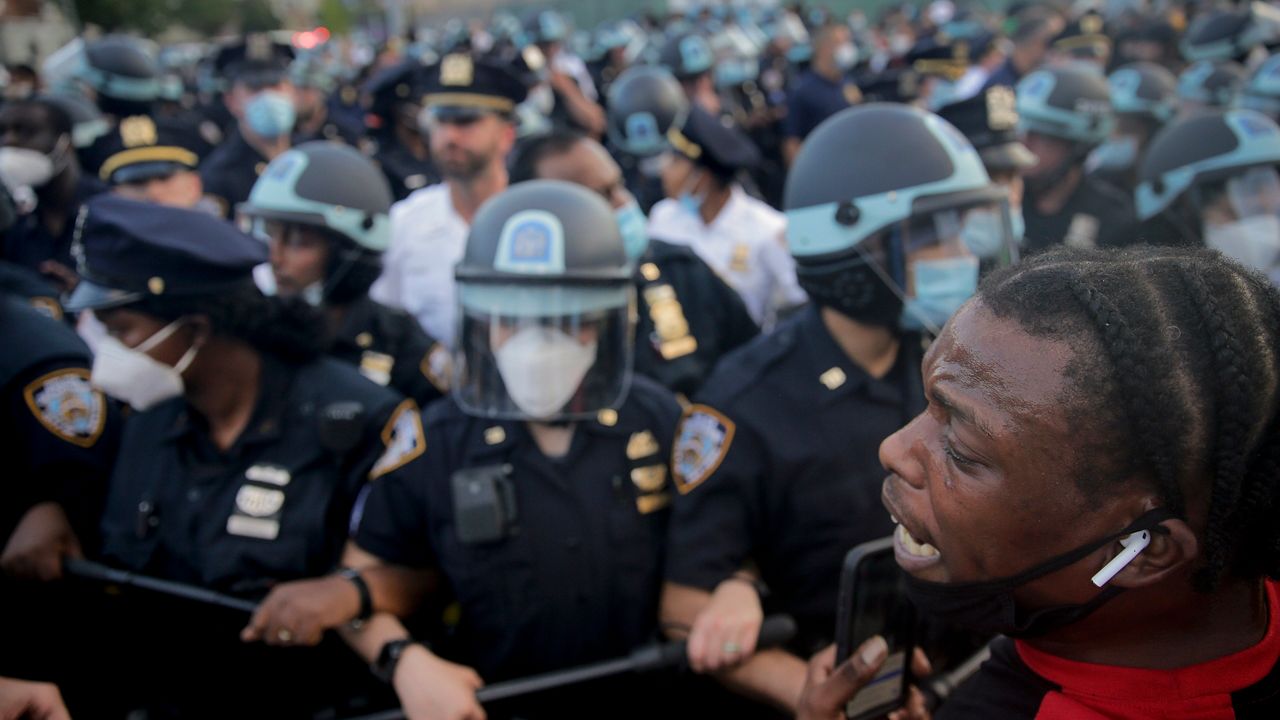 Studies indicate race is a powerful indicator of attitudes toward police

As New York lawmakers struggle to find a balance between civil rights and community safety, a couple of newly released studies show that race plays a major factor in how people respond to police.

One study shows that most African Americans are actively afraid that police will kill them and/or hurt their families, while most white Americans are not.

Associate professor Justin Pickett of the University at Albany School of Criminal Justice co-authored both studies. They are titled “The American Racial Divide in Fear of the Police” and “Public Fear of Protesters and Support for Protest Policing." Both studies were published in the journal "Criminology." The studies may be found here.

“In our [first] study, we looked to try to explain the racial divide, and one of the stronger predictors is past personal and vicarious experiences with police mistreatment,” Pickett explained. “In other words, African Americans are more likely to have been personally mistreated by police, or have family members and friends who have been mistreated by police.”

The second study examined public attitudes toward police handling of protests over “racialized issues” such as those that were sparked by the killing of George Floyd in 2020.

“The main finding that we had is that there are two main drivers of whether or not members of the public would like police to shut down protests. One driver is what the protesters do. Do they break the law? Are they disruptive? Are they carrying weapons? Dangerousness increases the desire to shut down the protests,” Pickett said.

The second main finding is what the protest is about.

Pickett said responses to protests have been varied and have depended on whether, for example, they were about injustice by the police toward people of color, or retaining Confederate monuments.

“That has an effect on whether people want to have [them] shut down,” he explained. “But the effect depends on whether or not the members of the public themselves are racist. If they’re racist, they are more likely to support police shutting down protests in support of racial and ethnic minorities.”

The takeaway from both studies, according to Pickett, is that police agencies need to take into account that there are large swaths of the American population that are afraid of them.

“It should influence how police act during stops, but it should also influence policy. We should not have policies like ‘Stop & Frisk’ that are traumatizing to civilians because they may do more harm than good, even if they do reduce crime,” Pickett said.

As for New York’s struggle with bail reform, Pickett warns policy makers not to dismiss the findings of these and other academic studies. Suggesting, for example, that the fears held by African American communities are exaggerated or unfounded only serves to deepen the divide between whites and people of color.

“Instead, the reaction should be from police officers and other authorities such as legislators is ‘We hear you. We understand that you’re scared. Here are the steps we are taking to improve policing,” Pickett said.

Pickett said criminal justice scholars around the country are recommending that police diversification may have a large effect on changing the negative perception of police held by communities of color.