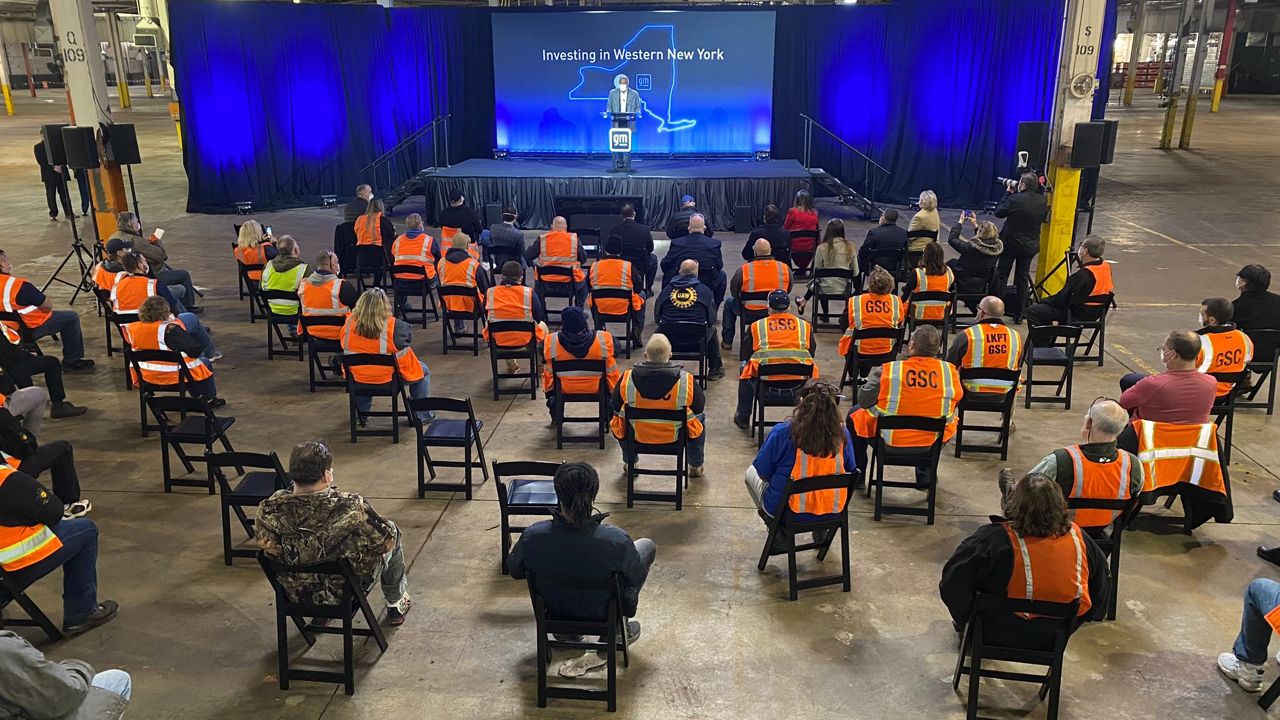 LOCKPORT, N.Y. -- General Motors is investing $154 million in its factory in Lockport.

It will begin renovations immediately and start bringing in equipment to manufacture the stator module for electric engines to be used in future trucks and SUVs.

"The stator motor is the internal components that make an electrical motor work. It has all the magnets and the wire coils, etc, in order to cause the turning that's necessary to turn the wheels and axels," Gerald Johnson, GM executive vice president of Global Manufacturing, said.

GM announcing today it will invest $154 million at the plant in Lockport toward electric vehicle production. It will be adding 230 jobs as part of the ramp up between 2023 and 2026. pic.twitter.com/ve5ao5mRMX

GM also plans to hire roughly 230 new union employees between 2023 and 2026 at the Lockport plant to build the modules. The nearly 1,300 current UAW members who are employees will continue to make parts for the internal combustion engines for now.

GM is aiming to only make electric cars within the next 10 to 15 years. U.S. Senate Majority Leader Chuck Schumer said the federal government is supporting the effort but in return he has pushed for Western New York to be one of the centers of the emerging industry.

"Electric cars are going to be the future, but the mistakes that were made in the past where we let other countries take over, where we let non-union jobs take over, should not happen," Schumer said.

The union will negotiate the wages for new employees at the international level but the company said the jobs should be good-paying.

"Across General Motors right now, an average operator can make as much as $90,000 a year and a tradesperson more than that, so that's the kind of wage scale that we've been paying here across GM," Johnson said.

The local union chapter said it's supporting the transition to electric and are confident current employees will be comfortable with the changes.

"If it's making kazoos, then we'll make kazoos. If it's putting widget A to widget B, whatever it takes to get to that point, but the future is electrification and that's where we're heading and that's what we're looking for is more investment to get more here," Michael DeLucas, UAW Local 686 president, said.

GM expects to release its first electric truck next year.