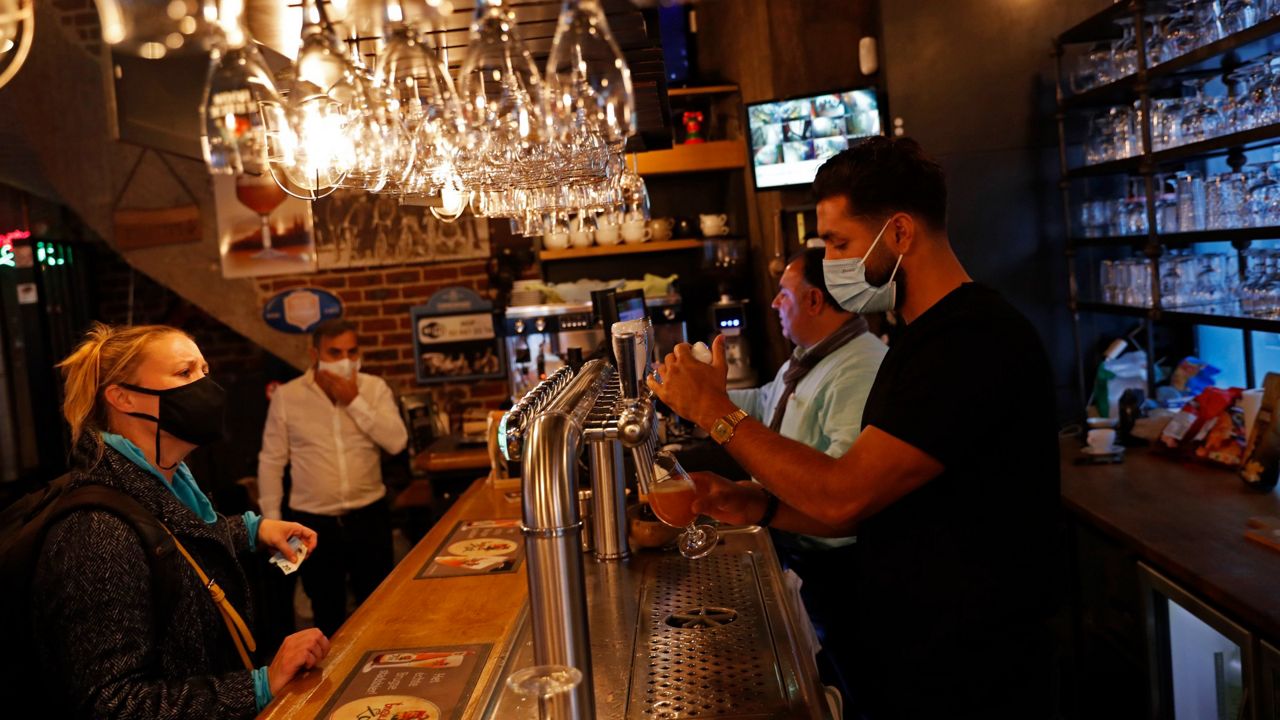 The chill of winter has hit upstate New York, which means fewer people who will want to eat outdoors.

But restaurant owners, who are still struggling to bounce back after the COVID-19 pandemic, are concerned this will mean fewer customers, pointing to a steep decline in the number of people wanting to eat inside, citing concerns over COVID-19.

Only 34% of restaurants who applied for the federal Restaurant Revitalization Fund were able to receive financial assistance.

This program was designed to provide funding to restaurants and bars impacted by the pandemic.

This fund, however, ran out of money relatively quickly and restaurant owners have been asking for months for it to be replenished for those who were left out of the program.

“Those who got the funds, that's great, we're so excited, I'm so happy for them,” said Melissa Fleischut, president of the New York State Restaurant Association. “But we do need all the restaurants to get funded through that program so that they can make up for the losses they experienced due to the pandemic.”

.@M_Fleischut, head of the NYS Restaurant Association, says over 120,000 restaurant workers have left the hospitality industry across NYS. Staff shortages have contributed to how long restaurants can stay open and how many people can be served

According to the National Restaurant Association, almost $6 billion is still needed just to cover losses from the pandemic.

But restaurant owners are sounding the alarm, saying that now with winter around the corner, those who were left out of the first few rounds of federal assistance are now facing future losses as well.

Nancy Bambara, who owns Forno’s Bistro and a few other restaurants in Saratoga Springs, said that many people still do not want to eat indoors.

“Many of us are losing our outdoor spacing as you can see,” Bambara said, pointing to the area around her. “We're standing on my patio here at Forno, which is 50% of my dining. I think that we’re going to struggle through the winter as many people are still concerned about COVID.”

Across the state, 85% of restaurants say they have seen a reduction in the number of people wanting to eat inside.

On top of that, restaurants are still struggling to hire staff and the National Restaurant Association said around 120,000 people left the New York hospitality industry during the pandemic.

It's a trend that is seen not just in New York, but across the country.

This has made it challenging for restaurants to stay open longer and to serve more people.

“I know for me, all three of my restaurants are open five days a week,” Bambara said. “We don't even have enough staff to stay open seven days a week, and so right off the top, we're reducing our overall sales, on top of losing the outdoor seating.”

The federal bill that would replenish the fund has 222 co-sponsors and the support of both U.S. Senate Majority Leader Chuck Schumer and Sen. Kirsten Gillibrand, but it hasn’t been scheduled for a vote.