The case asks “whether the state’s denial of petitioners’ applications for concealed-carry licenses for self-defense violated the Second Amendment.”

Simplified, the question is: “Why does a person need proper cause to get a license to carry a concealed gun in public?”

The right to carry guns outside the home “has historically been restricted in public places.”

In New York, that restriction was written into statute in 1911, when a murder committed near Grammercy Park led to the enactment of a Tammany-written law called the Sullivan Act (after Tammany boss “Big Tim” Sullivan). The law required licenses for people who wanted to carry guns outside the home.

Fast forward 110 years, and that law is at the heart of the Second Amendment case that the Supreme Court heard Wednesday.

Tom King is president of the New York State Rifle and Pistol Association (NYSRPA), as well as a member of the board of National Rifle Association (NRA). He was instrumental in bringing this case to court, which he told Capital Tonight started around five years ago.

“Two of my members came to me and said, ‘we have our pistol permits and we’ve taken extra education and we have gone to firearms courses and we have applied to get our permits unrestricted.’”

King accompanied the two members to a meeting with the judge in question. According to King, there were no problems with his members’ applications, yet the judge turned down their permit requests without providing a reason.

“I said, let me look into this, and I found out that it was happening more and more frequently with certain judges and certain counties around the state,” King said.

Here’s a rundown of how the arguments unfolded.

On the other side of the issue are gun control advocates like Rebecca Fischer, executive director of New Yorkers Against Gun Violence.

“This is an NRA-driven lawsuit that really is intended to not only bring more guns in public and sell more guns for-profit for the gun industry, but also to overhaul common sense gun laws across the country,” she countered. 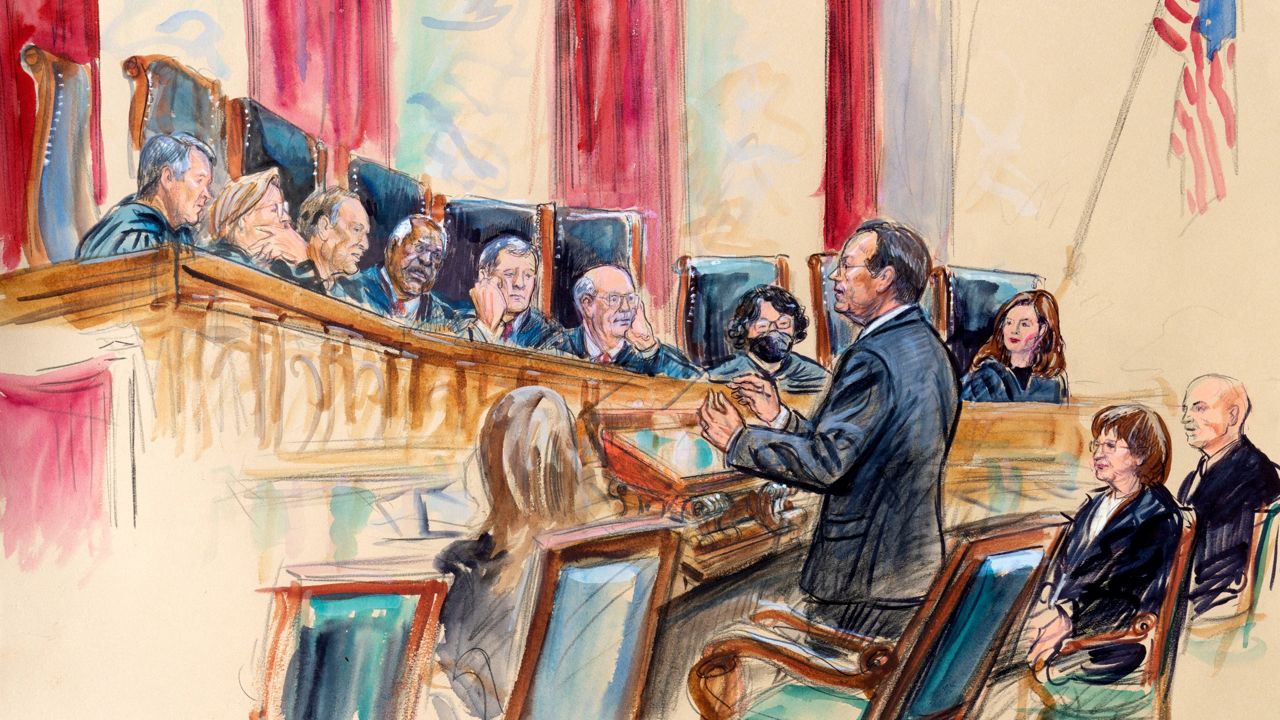 A good portion of Wednesday’s arguments were devoted to the idea that there may be “sensitive places” where people shouldn’t be allowed to carry a gun, like Yankee Stadium or Times Square on New Year’s Eve.

Tom King wouldn’t weigh in on that idea, but Fischer did.

Fischer notes that the label is too ambiguous to be effective.

Both King and Fischer pointed to cities with more lenient gun laws to prove their points.

“You’ve got Texas, you’ve got parts of California, believe it or not San Diego, you’ve got San Antonio, Dallas, Houston, where concealed carry is permitted and there is no increase in legal guns being used. There’s no blood in the streets,” King argued. “I hear that argument all the time, and truth be known, if you look at New York City right now, there is blood running in the streets and it’s from gang members with illegal guns.”