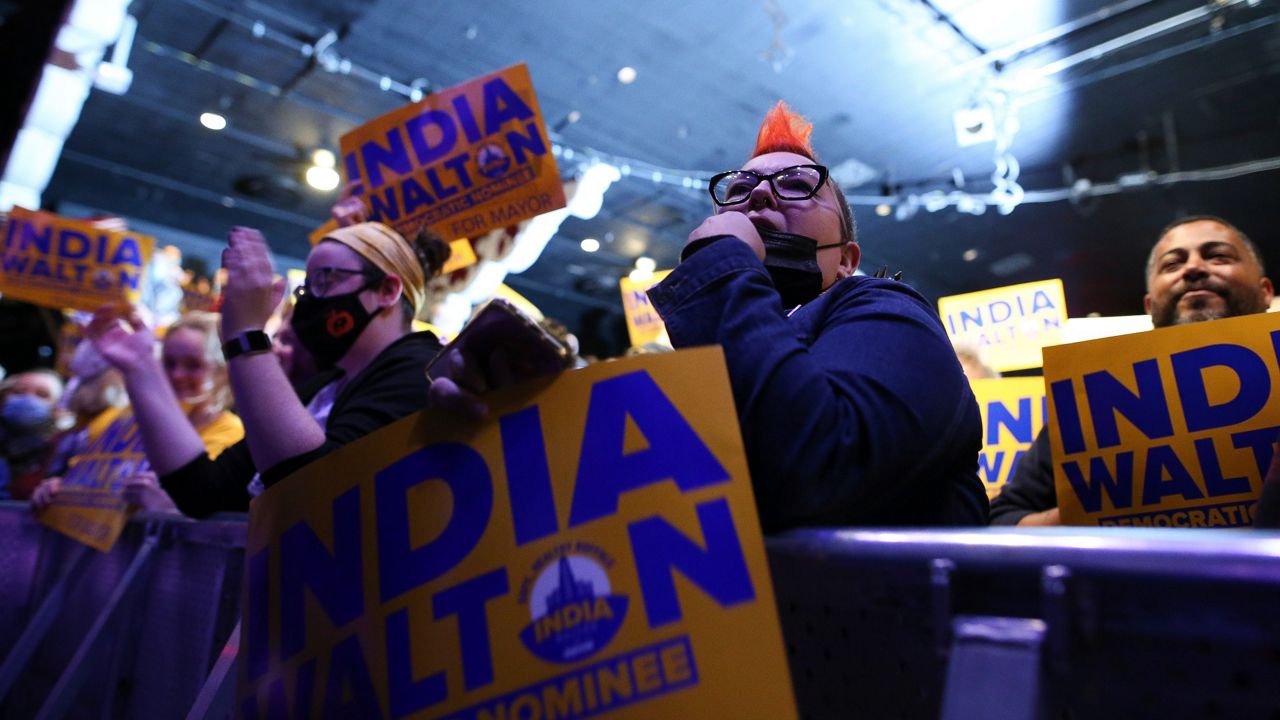 New York Democrats need a strategy, but which one?

New York is among the bluest of the blue states, yet Democrats here and elsewhere had a lousy night on Tuesday.

“I think that Democrats underperformed in this election, not just in New York state, not just on Long Island, but all across the country,” New York State Democratic Party Chairman Jay Jacobs told Capital Tonight. “It’s the same thing we saw in 2009 after Barack Obama’s first year in office.”

Jacobs argues that Republicans are simply energized this year.

Longtime political strategist Bruce Gyory, of Manatt Phelps and Phillips, agrees with Jacobs that there was a “red wave” of Republican voters turning out this year. However, he believes there’s something else going on as well — that the sorry showing on Tuesday by Democrats in the Virginia gubernatorial contest, as well as in races for Nassau County executive and both the Long Island district attorney seats, can be chalked up to what he calls the ability of Republicans to “weaponize” wedge issues.

In the Virginia race, for example, the wedge issue was parental choice in education. The political firmament is ripe for this fight thanks to a national Republican campaign on an issue they are calling “critical race theory."

While this legal theory is primarily taught in upper-level college and university courses, the narrative that is being voiced in political debates around the country is that K-12 teachers are planting the seeds of white guilt and/or trans rights into the minds of children against the wishes of their parents.

"While Virginia’s gubernatorial race might be the most high-profile case, the invocation of 'parental choice' in curriculum — not just school selection — is having a national moment. In state legislatures and school board meetings across the country, politicians and parents are decrying transgender rights and the teaching of 'critical race theory,'" The Washington Post writes.

“The Republicans did a great job of weaponizing education,” Gyory said.

The same thing happened on Long Island. The only difference was the issue that Republicans “weaponized."

“The Republicans weaponized the public reaction to bail reform,” Gyory said. “It not only hurt [Todd Kaminsky, candidate for Nassau County DA], it pulled down [Laura Curran, incumbent Nassau County executive.] Everybody expected Curran to win by double digits. She’s 4% behind, though absentees will probably help her make it tighter, but it’s tough to see her overcoming a 4% edge.”

“The difficulty you have is that Democrats are always advancing policies, ideas and legislation designed to deal with current challenges and make lives better,” Jacobs said when asked whether the Democrats failed to sell a counternarrative. “The problem you have is that the Republicans are going to try to take each and everything they can and use it to its worst effect.”

Jacobs’ argument appears to be that Republicans willingly misinformed voters about bail reform.

He says Democrats can’t rely on lists of reasons why voters should support them. They need a story.

“Until you have a counternarrative that addresses that concern, the other side is going to keep running,” he said.

“I think we have to come together on a strategy to deal with the challenges the state faces by advancing a moderate, progressive agenda,” Jacobs said. “That doesn’t mean that we give up on some of the bigger, bolder ideas that some on the left have been articulating.”

“The mood is against [the Democrats,]” he said.

Gyory points to inflation, various COVID-19 variants and the economy, though all of that could shift between now and next year.

Additionally, he told Capital Tonight, New York Democrats are too reliant on their enrollment advantage, which isn’t universal.

“Progressives don’t see these issues in the West Side of Manhattan or in Astoria or in the western precincts of Brooklyn where it’s tough to find a Republican with a microscope,” Gyory said. “But the real power elsewhere in the state is driven by unaffiliated voters.”

One example? The Democratic registration advantage in Nassau County didn’t matter because Democrats simply didn’t turn out to vote on Tuesday in the same numbers as Republicans.

“There is a roadmap for Democrats to turn it around, but they can’t presume turnout and they can’t just condescendingly look down their noses when the Republicans put forth a narrative that many Democrats feel is untrue and unfair. They have to rebut. Or as Claire McCaskill said on MSNBC last night, the Democrats have to avoid recriminations, pivot and punch. And I thought that was a good formulation,” said Gyory.