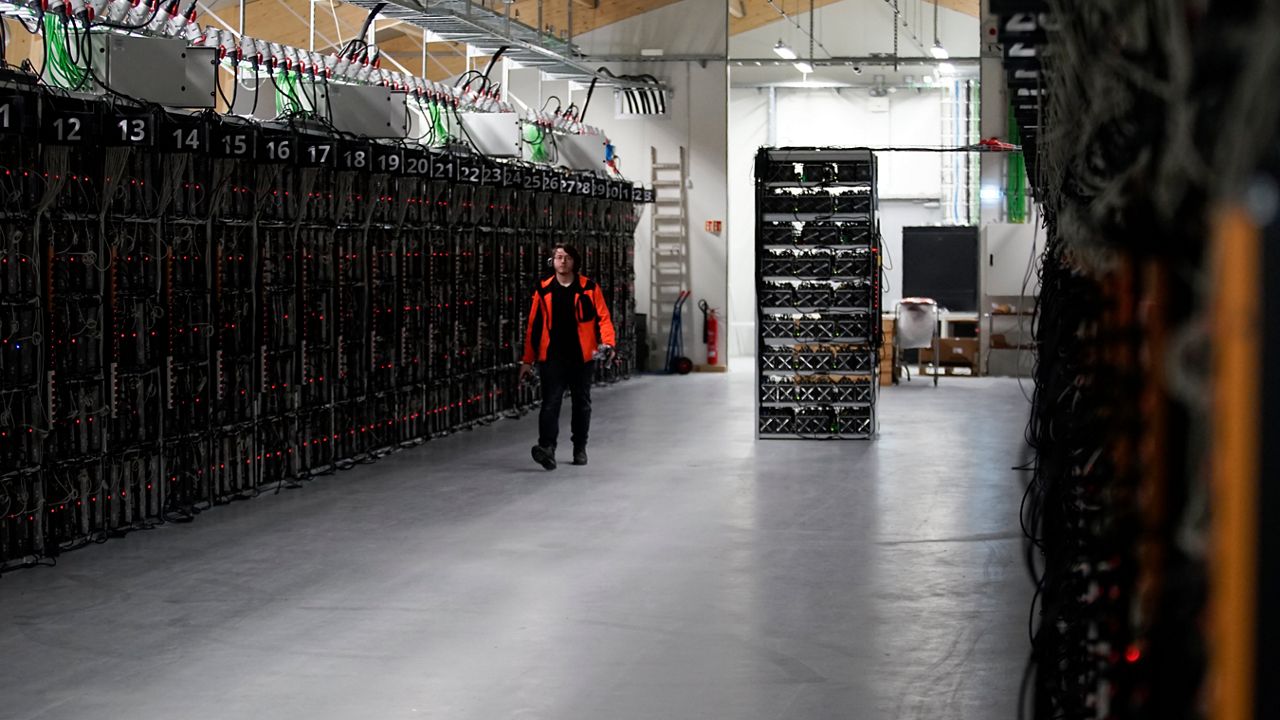 A hearing for a run-of-the-mill air permit renewal saw significant attention in Albany and the Finger Lakes.

Greenidge Generation, a power plant and cryptocurrency mining operation in Yates County that employs 45 people, needs to renew an existing Title V air permit with the state of New York. On Wednesday, the Department of Environmental Conservation held a hearing on the issue, attended by both advocates and critics.

Critics also used the hearing as a way to highlight an issue that may be more important to them than a simple permit renewal: Passage of A7389A/S6486B, a bill carried by state Sen. Kevin Parker and Assemblymember Anna Kelles, that would establish a moratorium on the kind of cryptocurrency mining currently being done by Greenidge until a full generic environmental impact review can be completed.

While Greenidge has been around for a while as a natural gas power plant, it recently started using 40% of the power it generates for cryptocurrency mining.

This type of mining doesn’t drill into the ground. Instead, the plant uses 15,300 computers that work around-the-clock to drill into enormous piles of digital data in pursuit of virtual currency, like, for example, Bitcoin.

According to The New York Times, “by some measures, the server farms that compete to generate new Bitcoins use as much electricity annually as a small country, like Chile or Belgium.”

This has so alarmed a coalition of environmentalists, labor unions, and businesses that they are urging Gov. Kathy Hochul to deny Greenidge the air quality permit and adopt the moratorium on cryptocurrency mining.

But Greenidge has its supporters.

Just this week, the Yates County Legislature passed a resolution 13-0, with one abstention, calling on the DEC to renew the facility’s permit.

Additionally, the union IBEW announced Wednesday that it strongly supports the permit renewal.

“Greenidge is not seeking to increase their power generation capacity. What they are doing -- with our help -- is creating the high-tech jobs of the future right here in Upstate New York. We encourage the Department to swiftly complete its work and issue a Final Title V Air Permit for Greenidge," the union said.

“The majority of work at Greenidge is performed by journeymen electricians whose wage and benefits package is approximately $60 per hour,” said Addie Jenne, legislative counsel for the New York State Association of Electrical Workers - Construction Business Managers. “This facility has been providing year-round work opportunities…for the last several years.”

Currently, Jenne says, there are five IBEW workers at Greenidge, but the number can fluctuate.

Greenidge bills itself as “a leader in environmental stewardship." One reason is because the facility was originally a coal plant which switched to natural gas. Consequently, it “reduced greenhouse gas emissions by 70%." It also sends about 60% of the power it produces to the grid. Additionally, the company’s public relations firm told Capital Tonight that it operates “a 100% fully carbon neutral Bitcoin mining operation.”

But for critics like Liz Moran, of Earth Justice, carbon neutral is not enough.

“Offsets (an environmental accounting tool) are specifically prohibited in the electric sector under the Climate Leadership and Community Protection Act (CLCPA). And we need renewable energy to power our current homes and businesses in New York state,” Moran explained.

Additionally, Greenidge is a test case for how New York will approach cryptocurrency mining.

“This is the first opportunity for New York state to evaluate proof-of-work cryptocurrency mining and how it could impact our climate goals,” said Moran. “This is why we see it as so important that Gov. Hochul puts a pause on this practice and gives the state the opportunity to give it a thorough environmental review.”

This issue — older power plants being refitted for cryptocurrency mining — has recently caught the attention of the media, including The Wall Street Journal, which published an article in May which began like this:

"Across America, older fossil-fuel power plants are shutting down in favor of renewable energy. But some are getting a new lease on life—to mine bitcoin. In upstate New York, an idled coal plant has been restarted, fueled by natural gas, to mine cryptocurrency."

Cryptocurrency critics say carbon emissions are only part of the problem.

“We are also deeply concerned about impacts to water quality, potential issues with electronic waste and so much more that we think needs careful vetting,” Moran explained.

Indeed, according to some experts, the fundamental “arms race to install ever-more-powerful machines” will lead to more and more I.T. equipment waste, toxic runoff and water pollution.

Whatever the DEC decides to do with Greenidge’s air permit, the company appears to be hedging its bets: Greenidge recently announced that it is opening a second plant in Spartanburg, South Carolina.