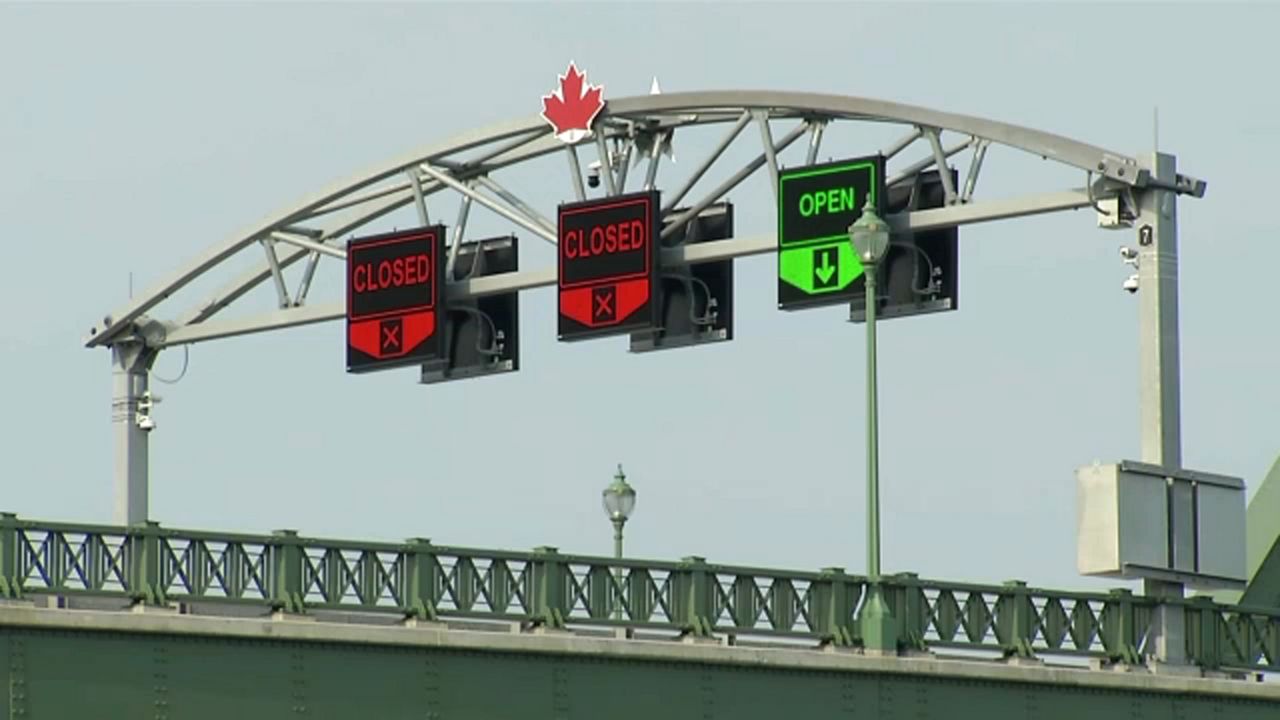 NIAGARA FALLS, N.Y. -- The temporary border closure between the United States and Canada in March 2020 has become somewhat indefinite.

While Canada partially lifted restrictions for vaccinated Americans in August, it's been nearly 19 months since so-called non-essential Canadian travelers have been able to cross the bridges in places like Buffalo and Niagara Falls.

"All of the science points to the same conclusion," U.S. Rep. Brian Higgins said. "Open the U.S. border to our Canadian friends and citizens."

It was déjà vu Friday for Higgins who, like many times before, called a press conference to urge the Biden administration to open up. Last week, he spoke with the administration's COVID-19 response coordinator.

"I told him how ridiculous this is and their lack of an explanation is indicative of no logical reason why the  U.S. border remains closed to our Canadian citizens," Higgins said.

He cited numbers the U.S. is losing $439 million a month as a result of the extended border closure. The executive director of the Niagara USA Chamber of Commerce, Korey Schuler, said if the administration extends restrictions past the current Oct. 21 deadline, it owes the public an explanation.

"If they fail to reopen the border, then we're asking for an explanation of what criteria were used for the continued closure. As we see the influx of people crossing our southern border, it makes no sense that we stand here today looking to the north and seeing a continued shutdown," Schuler said.

Niagara Falls has actually seen economic growth this year with tourism officials pointing to domestic travelers filling some of the gaps of their Canadian neighbors, but Higgins said that's no excuse to keep the border closed.

"Our economies, I would argue that those businesses would be doing even better if this border were open to Canadian citizens," he said.

"If you look around, there's a lot less of them so the pie is being split up with less people, so you're seeing an artificial impact of more business because we have lost several businesses, so the continuation of lack of business because the border's closed doesn't help. Just imagine if that border is open," small busines owner Russ Petrozzi said.

Business leaders said some of the damage is immeasurable as well, like the loss in opportunities for more economic growth and the deterioration of bi-national relationships.