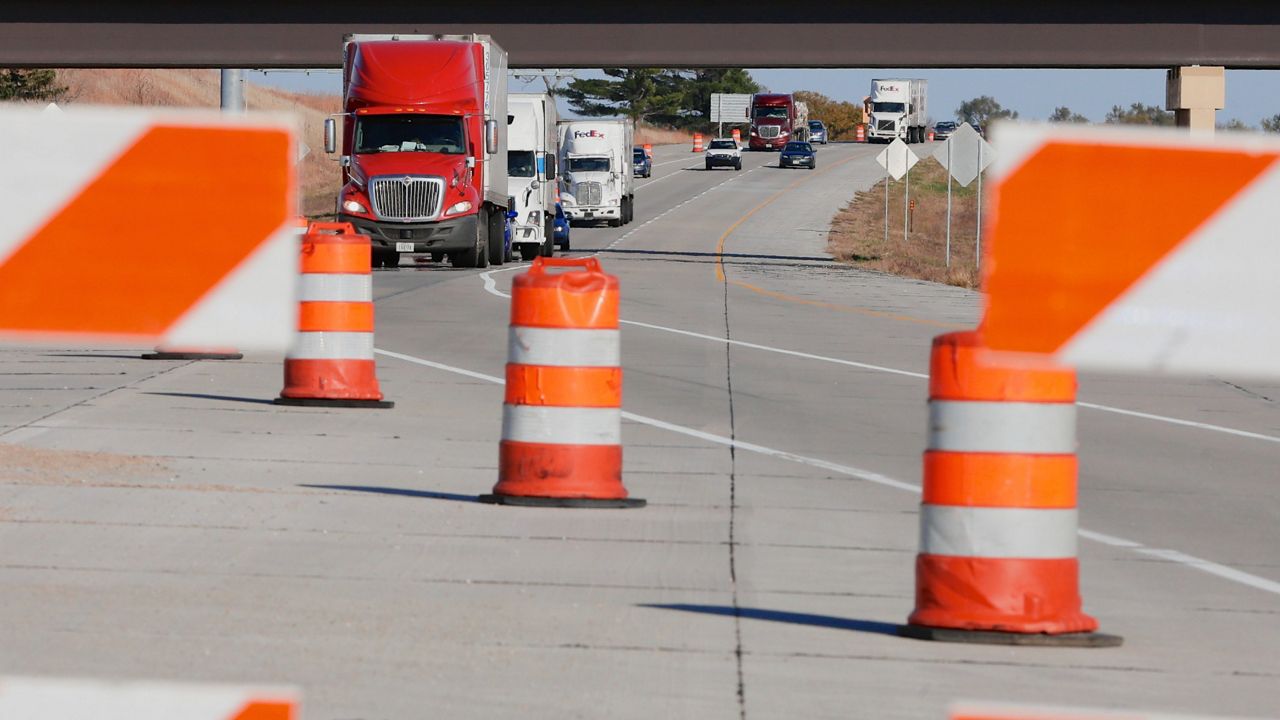 "We expect at the end of the day that more workers will be protected and return home to their families than otherwise would be if these were not in place," Kennedy said.

On Wednesday, the Thruway Authority held a hearing for the public to voice their opinions about the program.

"What people don't realize is that most work zone accidents result in the driver being seriously injured or killed. These cameras will remind drivers that no one is too busy to slow down and save a life, especially if it might be their own. I believe that implementing this program is a great step toward safer work zones," Associated General Contractors NYS Transportation Services Vice President Sarah Patrie said during the hearing

According to Department of Transportation data, from 2010 to 2016, there were 3,450 accidents in work zones on New York highways that resulted in 50 fatalities and more than 1,100 injuries to motorists and workers.

"There have been so many workers on the job across not only New York state, but across the United States, that have been injured, maimed and killed and have not been able to return home to their families simply by going out and doing their work and doing their job. That is not acceptable and we here in New York state are doing something about it," Kennedy said.

The legislation sets a 30-day warning period for the operation of the cameras. The DOT currently has a Request for Ideas advertised, with a Request for Proposals as the next step.

The program likely won't be in place until 2022.

"Hopefully, they'll move forward expeditiously and make sure that both the public is protected and the working public as well," Kennedy said.

When in place, fines will start at $50. A second violation in 18 months is $75 and a third in 18 months is $100. By law, no points will be attached to violations since the cameras take photos of the rear license plate and not the driver.