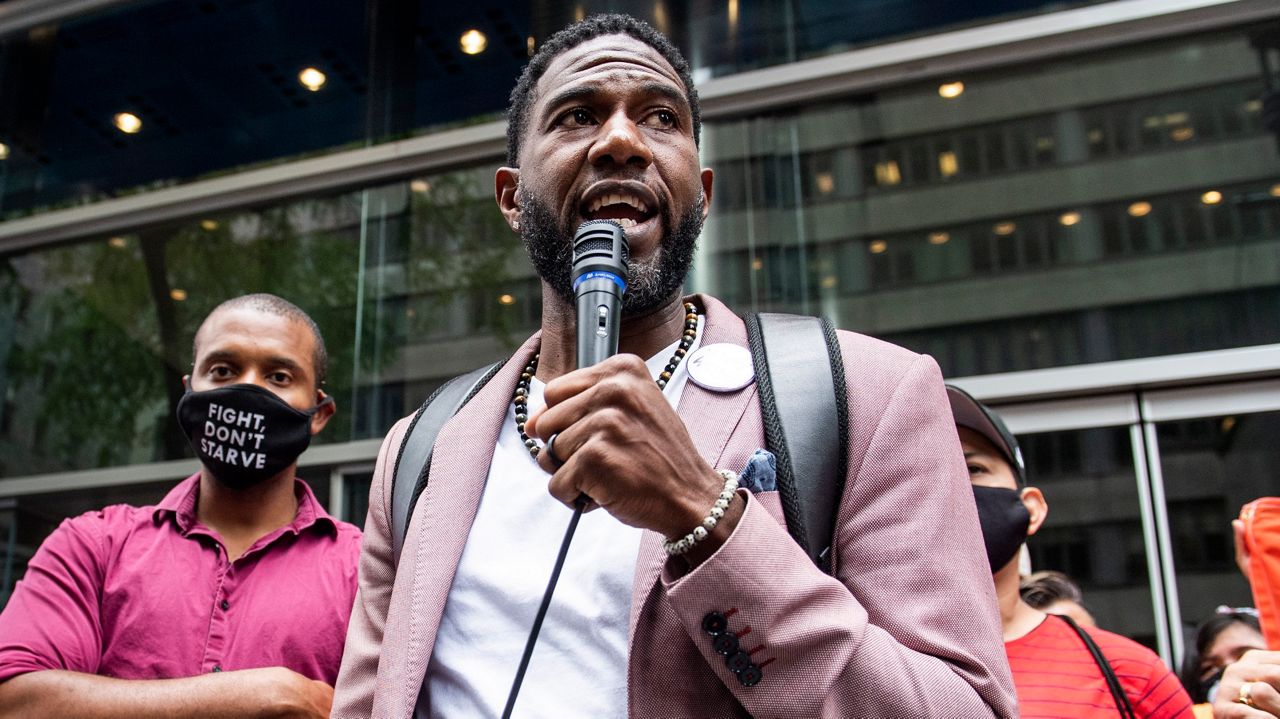 Williams, who unsuccessfully ran for lieutenant governor against Hochul in 2018, has formed an exploratory committee. He said Tuesday that he will make a final decision about his campaign in the next few weeks.

“It is a pretty big step. And I’m really excited about this exploration,” Williams said. “People have brought it up to me for some time and I really had to take some time and think about it.”

While he considers a run for governor, Williams is still in the running for another term as public advocate. He said the way the election calendar is set up means he has to make decisions at the same time, but that his main goal is public service.

“What I would like to bring is a different way of doing politics—is not just testing the wings, not just using toxicity, egos—and making decisions based on what’s best for the individual, what’s best for the people of the city and the state," Williams said in an interview on "Mornings On 1" Wednesday.

“What I would like to bring is a different way of doing politics—is not just testing the wings, not just using toxicity, egos—and making decisions based on what’s best for the individual, what’s best for the people of the city and the state," said @JumaaneWilliams. #MorningsOn1 pic.twitter.com/OV2ZnZl3DT

Williams ran against Hochul for lieutenant governor in the Democratic primary of 2018, losing by seven percentage points but carrying the strongholds of Brooklyn and Manhattan.

On the job for a little more than a month, Hochul is already trying to lock up support. Sources say Democratic State Chair Jay Jacobs is trying to get local county Democratic chairs to commit to Hochul now and make an early endorsement. But some, especially chairs from the city, are reluctant to do that before they know whether state Attorney General Letitia James is getting into the race.

NEW: Sources say @JayJacobs28 has been calling Democratic County Chairs to lock up early support for @GovKathyHochul with endorsements. According to one Chair, City leaders are waiting to see if @TishJames gets in the race. Jacobs says he is calling to find out where people are.

James declined to comment, but one supporter pointed out that even Williams is hedging his bets by not officially declaring. James is set to deliver a major speech Wednesday morning before the Association for a Better New York.

Other potential candidates include New York City Mayor Bill de Blasio, who praised Williams on Tuesday, but noted that he is also considering running for governor.

“I respect Jumaane Williams a lot. We have a good long history together. But we of course have areas where we disagree. So, it doesn’t surprise me. He’s shown interest in that before,” de Blasio said at his daily press briefing. “To the second part of your question, I have made very clear that I intend to stay in public service. I want to serve the people of this city and state.”

Hochul took over as governor last month after Andrew Cuomo resigned in the wake of a sexual harassment scandal and an impeachment probe. She immediately announced that she plans to run for a full term next year.

But Hochul’s candidacy is unlikely to clear the field of potential challengers, who, beyond de Blasio and Williams, include Rep. Tom Suozzi of Long Island, Suffolk County Executive Steve Bellone and James. But Hochul’s biggest threat would likely be a challenge from someone from the five boroughs.

Williams says at this point he is not running against anyone, but is just trying to make a case for his own candidacy. He says James will have to make her own decision on whether to run.

“I have a great relationship with the attorney general. Definitely want to keep that relationship, and I think we will,” Williams said. “But on top of that, I think everyone would agree that she is doing a pretty remarkable job as attorney general currently. I also haven’t heard her mention publicly any interest in running herself.”

Observers say despite Hochul running as an incumbent, the race is wide open. And several other candidates could potentially decide to run.

Asked about what could be a crowded field, NY1 political analyst and Fordham University Law Professor Christina Greer says it is going to be a "complicated race."

“I mean, the fact that Kathy Hochul announced that she was running just days after she took office cleared the field of a lot of extraneous people, but I would not put Tish James or Jumaane Williams in that category," Greer said. "I think Jumaane is running because he sees a progressive lane he wants to fill.”

Did you know you can now watch, read and stay informed with Spectrum News wherever and whenever you want? Get the new Spectrum News app here.