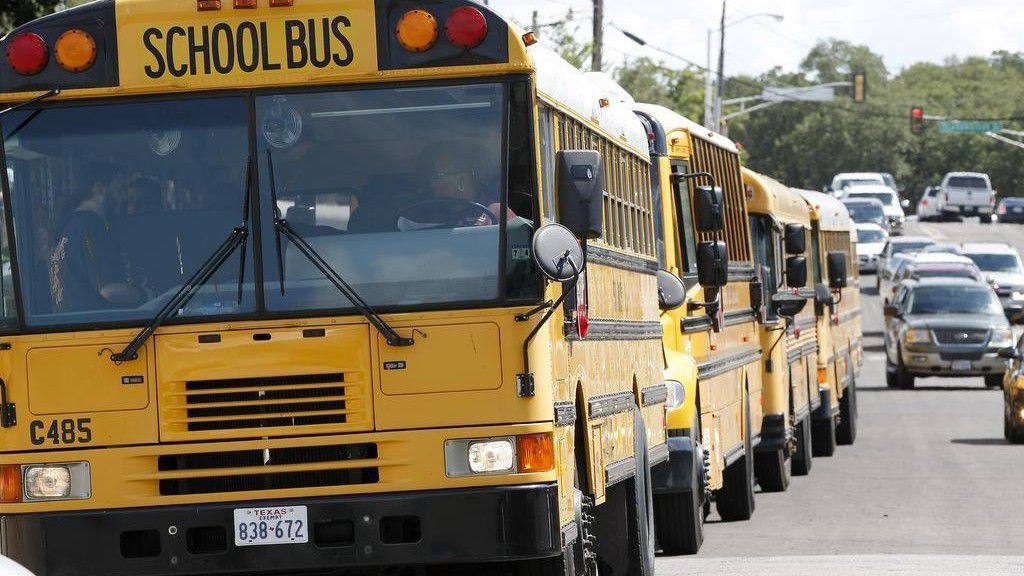 There has been a growing shortage of school bus drivers for years leading up to the COVID-19 pandemic, both in New York and nationally.

These drivers often tend to be older, and at times retired, so when the virus swept the state, many left their jobs over concerns of getting sick.

Now many districts have 15 to 20% fewer drivers than they need.

“There are neighboring districts from ours are 5 to 7 to 10 routes short, which in turn, leaves the school districts to their own devices to figure out a solution,” Vallone said. “Some of that is asking parents to drop off their kids.”

School bus operators also did not find out that bus drivers, along with other school staff, would have to either be vaccinated or tested weekly for COVID-19 until late last week.

Both David Christopher, with the New York Association of Pupil Transportation, and Vallone say they are waiting to see the impact of this mandate.

“This is very new so we don't know of any impact, but I've heard anecdotally from many of our members that we're going to lose drivers because of this,” Christopher said. “So we're waiting to see.”

“These folks are hardworking people,” Vallone said. “They have other jobs and other commitments. So working with your district and doing it during school hours is the best way.”

The challenge now is to recruit more drivers.

Wages vary between $13-15 an hour for upstate school bus drivers and about double that for downstate drivers, but the job is only part time.

On top of that, bus contractors worry that the legalization of recreational marijuana in New York could impact the number of younger drivers looking to join.

There is a federal law that requires bus drivers to be tested for drugs. However, marijuana can stay in a person’s system for 3-4 weeks even if they don’t smoke during that time.

So if a person wants to consume cannabis on the weekend, then a job as a bus driver is off the table.

“I think there are just other job opportunities out there nowadays for the younger generation,” Vallone said.

Christopher says out of the drivers they surveyed, another priority besides pay is respect for the job.

“This is a public service job,” Christopher said. “People don't become bus drivers to get rich. They do it as a part time opportunity and many of them do it because they like kids, they want to help their school districts and communities. It is a community job that is important.”