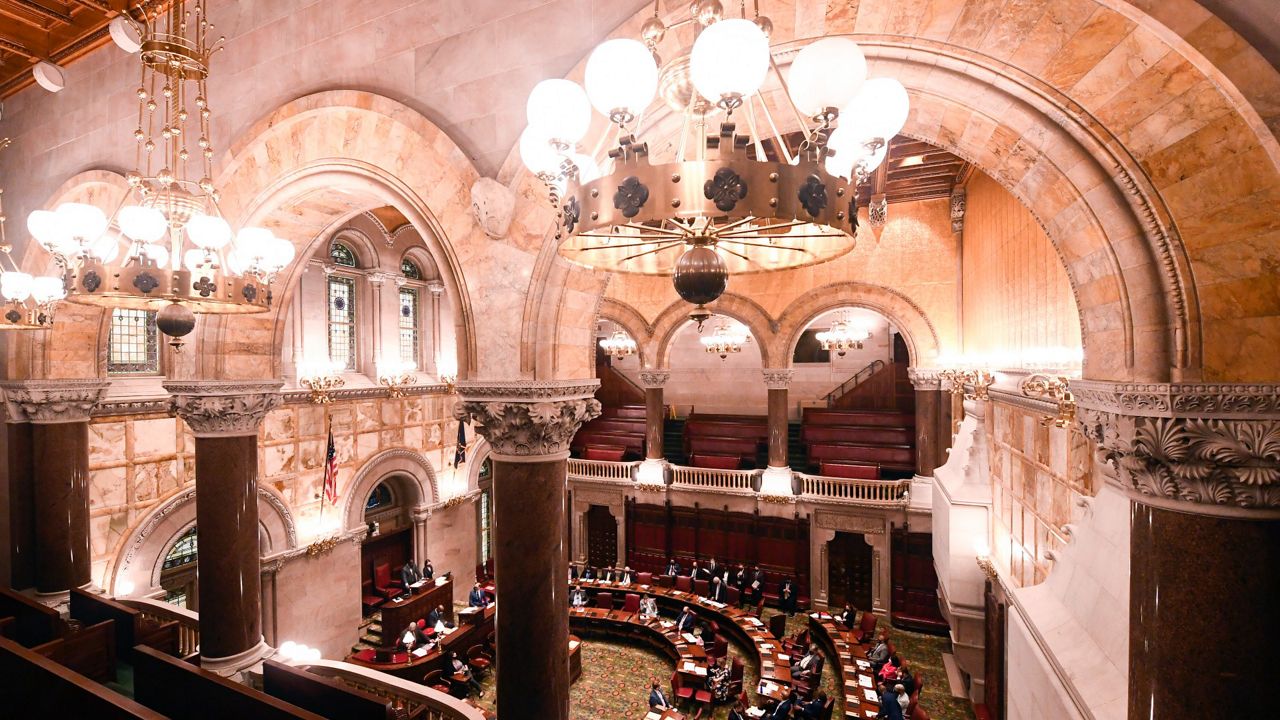 In an extraordinary session, New York state lawmakers met in Albany to extend the state’s eviction moratorium through Jan. 15, 2022.

New York is now one of only six states and Washington D.C. to have an eviction moratorium still in place.

BREAKING: The NYS Assembly has now also approved the extension of the eviction moratorium until January 15, 2022.

The bill has now cleared both houses and will head to @GovKathyHochul to sign. https://t.co/c8D5PsUEMj

Lawmakers in support of extending the eviction moratorium say the bill will help protect tens of thousands of renters at risk of being evicted while the state works at speeding up distribution of aid aimed at helping low income tenants.

Sen. Liz Krueger said she has faith that the new Hochul administration will do a better job at getting the aid out the door.

“I think the former administration was busy with other issues and perhaps wasn't focusing,” Krueger said referencing the many scandals that plagued former Gov. Andrew Cuomo this past year. “I think the Hochul administration has focused very seriously. You can already see that the money is moving much more quickly now than it was even three weeks ago.”

A key change to the new eviction moratorium bill will allow for landlords to challenge hardship claims in court.

The hardship section in the previous eviction moratorium bill faced scrutiny and was ultimately thrown out by the Supreme Court.

Tenants were required to fill out a form saying they had suffered economic hardship as a result of the pandemic in order to qualify for the eviction moratorium.

However, the Justices ruled that “no man can be a judge in his own case.”

This change to the new eviction moratorium bill will allow this hardship claim to be challenged in court, but lawmakers also tucked in $25 million for tenants to use for legal services if they are facing evictions.

Republicans criticized this extension and Sen. Minority Leader Rob Ortt said Democrats are just pushing a much larger housing crisis down the road.

“You have a ton of property owners, many of whom are not wealthy,” Senator Ortt said. “They are middle income folks, they're cops, business owners, moms and dads, military veterans who haven't received rent in almost two years. And this does nothing to solve that crisis.”

In addition, the state will also be increasing funding to the $2.7 billion Emergency Rental Assistance Program.

Tenants who qualify for this program are protected from eviction for at least a year, receive up to a year’s worth of retroactive rental assistance and up to three months of future rent payments.

But money from this program has been doled out at a sluggish pace.

According to the Office of Temporary and Disability Assistance, which is running the rent relief program, more than $203 million, or about 7% of the fund, has been distributed so far.

By extending the eviction moratorium, lawmakers, like Sen. Kevin Thomas, say this will give them more time to distribute the money from this fund.

“Housing is a human right and we know that in the previous administration, a lot of things were botched,” Thomas said pointing at former Gov. Cuomo. “It's just the right thing to do, to give these agencies under the new administration more time to push the money out for these tenants.”

However, numerous landlord groups are already threatening to sue the state.

Assembly Minority Leader Will Barclay says landlords have been overlooked in this process.

Tucked into the eviction moratorium bill was a provision that allowed state lawmakers and localities to meet remotely through Jan. 15, 2022 as well.

The state Senate also voted to confirm Tremaine Wright to chair of the Cannabis Control Board and Christopher Alexander as the executive director of the Office of Cannabis Management.

These appointments will jumpstart New York’s recreational marijuana program, which will be one of the country’s largest adult-use cannabis markets.