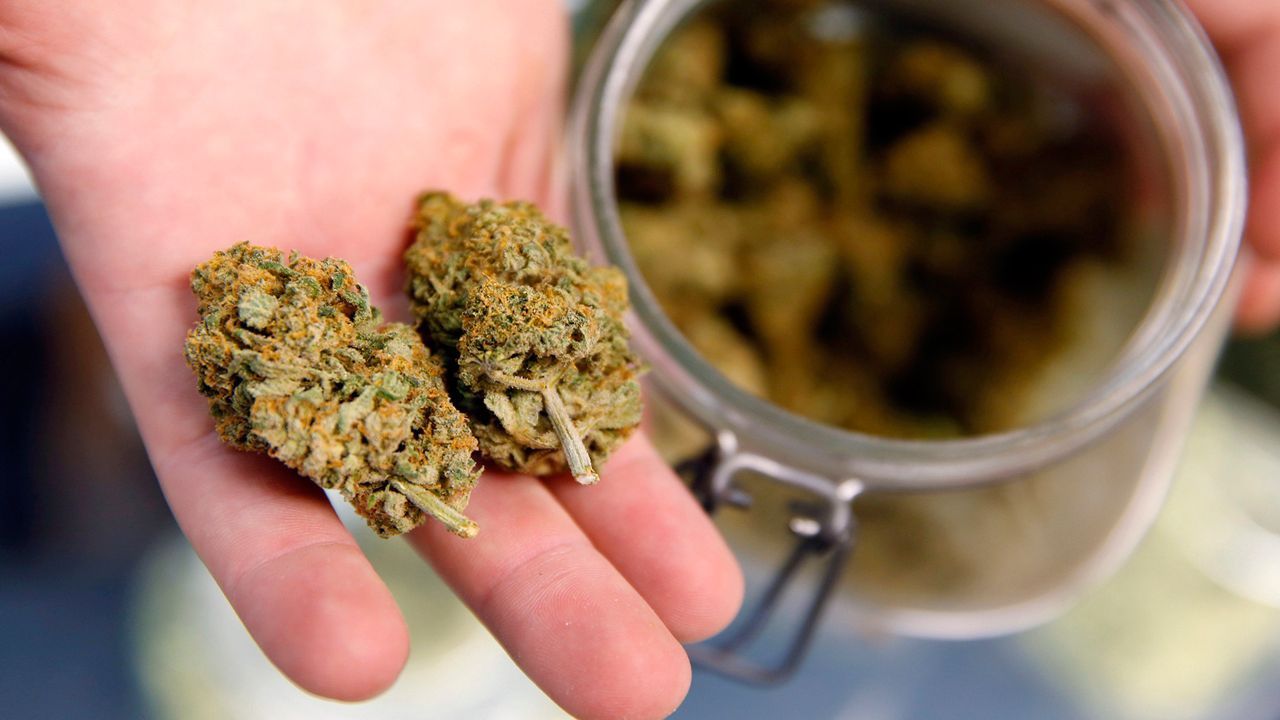 When will recreational marijuana be sold in NY? It's hazy

Recreational marijuana is legal in New York, but the department created to oversee the program seems to be just smoke and mirrors.

Before New Yorkers can walk into a store and buy marijuana, the state first has to set up the Cannabis Control Board.

This board will oversee the rollout of what will eventually be one of the country’s largest recreational marijuana programs, including creating regulations and granting licenses to dealers.

But farmers anxious to participate in the new industry are starting to get concerned about the slow rollout.

“The female plant builds resin and that resin is where all the magic happens, on these leaves and in these flowers, and the terpenes just smell great,” Rich Morris, owner of Toadflax Nursery said, leaning down to sniff the plant’s scent.

“You see a lot of these companies and big corporations coming in and they want to build these big indoor facilities,” Morris said. “The carbon footprint of an indoor facility is tremendous compared to sun grown. Sun grown is what the farmer can enter into, he can afford that. We can have sun grown and greenhouse.”

But this question, along with so many others, can’t be answered until the governor and the Legislature appoint members to the Cannabis Control Board.

Frank Popolizio, owner of Homestead Farms, says he wants to participate in the program, but needs to make financial decisions soon, such as if he wants to buy more land or build more infrastructure.

“We're still waiting for the regulations and that ambiguity sometimes, it puts you on your heels,” Popolizio said. “We don't know what to do, to get ready or prepare. Are we going to be candidates, because we've been farming hemp and cannabis already? Does that give us an edge?”

The recreational marijuana bill sets a goal of issuing at least 50% of all adult-use businesses licenses to social and economic equity applicants, including distressed farmers.

Since the program gives more farmers a chance to participate, Popolizio says they are eager to be seen as a contender.

“Finally, there’s an industry where the farming world can prosper, and hopefully we don't lose track of that in this particular process,” Popolizio said.

Once members are appointed to the Cannabis Control Board, it could still take anywhere from 18 months to two years before recreational sales can start.

Lawmakers ended the legislative year without appointing members to the board after failing to reach an agreement with former Governor Andrew Cuomo.

Three members, including the chair, will be appointed by the governor and then the Senate and Assembly will appoint one member each. The governor’s pick for chair must be approved by the Senate.

There will also be an advisory board made up of 13 members. Six members will be appointed by the Legislature and seven by the governor.

None of these appointments have been made yet.

Jason Little, a partner at Lippes Mathias Wexler Friedman, which represents cannabis businesses, says it is important for lawmakers to return for a special session.

“We need to get people to work,” Little said. “We need resources, and this is a wonderful resource. It's sitting there, it's teed up and we have every reason to believe that Governor Hochul will attack this and make it part of her agenda.”

A spokesperson for Governor Kathy Hochul sent a statement, saying that rolling out the adult-use cannabis program is a top priority.

“Nominating and confirming individuals with diverse experiences and subject-matter expertise, who are representative of communities from across the state, to the Cannabis Control Board is a priority for Governor Hochul,” Jordan Bennett, Hochul’s spokesperson, wrote. “We look forward to working with the Legislature to keep this process moving forward.”

The Cannabis Control Board will also oversee the Office of Cannabis Management, which was launched to regulate the recreational and existing medical marijuana programs.