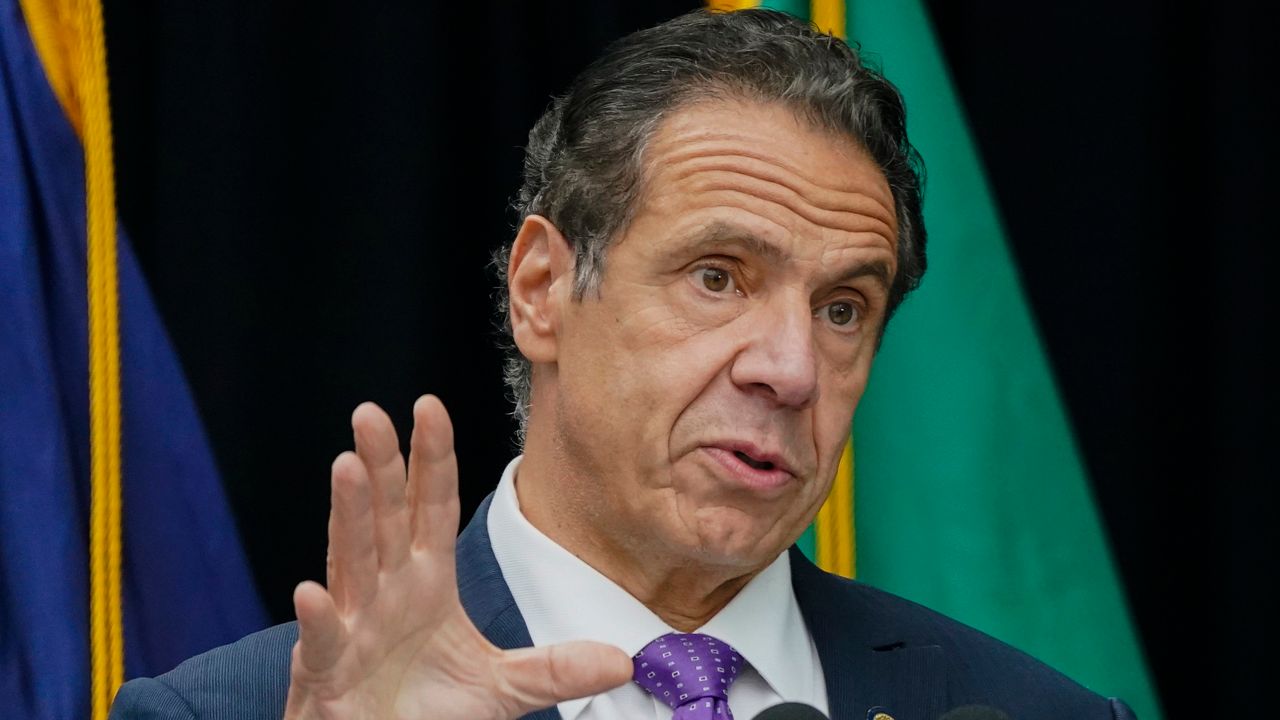 Cuomo digs in during his final days in office

But before he left, Cuomo wanted to make sure he had the last word.

For the last three days, Cuomo stepped out in front of the cameras, calling the sexual harassment allegations against him political and trying to show he was still in charge.

“I am the governor today and I am in charge,” Cuomo said on Saturday.

With Hurricane Henri barreling towards New York, Cuomo put himself once again front and center, without incoming governor Kathy Hochul.

Alexis Grenell, a political consultant, co-founder of Pythia Public and columnist for the Nation magazine, says if Cuomo was committed to a smooth transition, he should have had Hochul join him as he led the storm effort.

“What could be more public facing than to show that transition of power, but that's not what Andrew Cuomo was interested in,” Grenell said. “He's interested in showing Andrew Cuomo in a position of power, and, of course, I think he's setting her up to fail in a sense, which she won't despite his best efforts. But he's essentially not giving her the opportunity to platform competence. He's owning that narrative, and I thought it was very selfish.”

Then on Monday, in a pre-recorded, farewell speech, Cuomo spoke to New Yorkers for the last time while in office. While repeatedly denying the allegations that are forcing him to resign, he also lamented on policies he would not have a chance to see to the end. This includes his state of emergency surrounding gun violence, police reform and repealing the SALT tax.

Cea Weaver with Housing Justice for All, pointed to the uptick in homelessness over the last several years and said she feels housing policies were forgotten under the Cuomo administration. And she is now looking to a new Hochul era.

“Governor Cuomo has driven housing policy, he has let the real estate industry drive housing policy,” Weaver said. “Kathy Hochul could really turn the page on this housing crisis, and it would go a long way towards making sure that subsidies are going to those in our state who really need them.”

Cuomo still has at least $18 million in his campaign war chest, leaving many to wonder what he will do next.

Secretary to the Governor Melissa DeRosa, who will also be resigning along with Cuomo, said in a statement Monday that the governor has no interest in running again for office.

“Between HUD, AG and his time as Governor, Andrew Cuomo has spent nearly 25 years in public service,” DeRosa wrote. “And the way he does it, it’s 24 hours a day, 7 days a week. He looks forward to spending time with his family and has a lot of fishing to catch up on. He is exploring a number of options but has no interest in running for office again.”

But Grenell says she has a hard time trusting this.

“That’s what he's telegraphing, which would be a huge disservice to the state,”Grenell said. “Everybody just needs to move on at this point, but I think it may be hard for Andrew Cuomo to move on.”

Cuomo at the end of his speech Monday did wish Hochul success with her term.

Hochul will officially be sworn in at 12:01 a.m. Tuesday, with a more formal swearing in ceremony at 10 a.m. at the New York State Capitol.