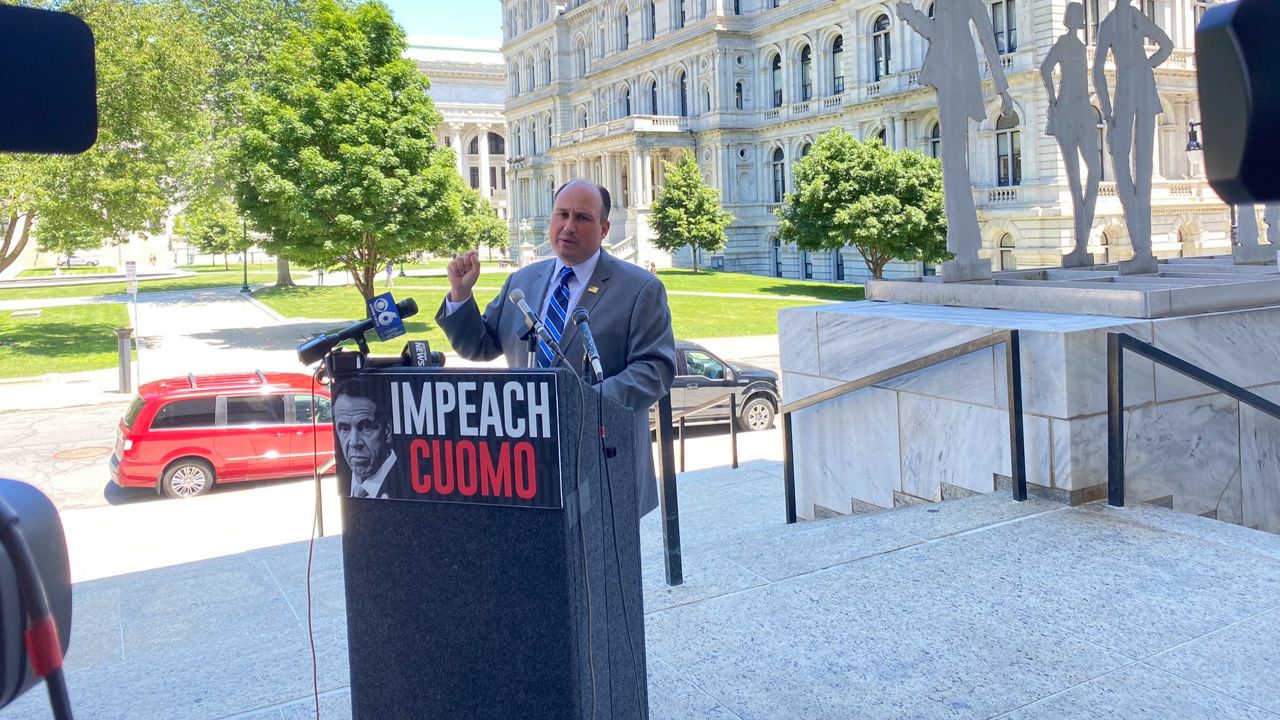 Is it too soon to name a GOP frontrunner in the race for New York governor?

New York Republican leaders are meeting in Albany in a little over a week to officially name who they will be backing leading up to the gubernatorial election next year.

Republican voters are vastly outnumbered in New York and Democrats have a more than 2-to-1 advantage.

This is the reason many Republicans say they want to name a frontrunner as soon as possible, giving them a head start before the general election in less than 17 months.

“We're going to have a straw poll, but it's the same jury you're going to face when we come back at it in the official convention,” New York Republican Party Chairman Nick Langworthy said about the reason Republican county chairs will be conducting a straw poll on June 28. “So if you can’t put it together the summer before, it’s pretty tough to envision that you can put it together when you come back at it in the wintertime.”

It is no secret that the Republican Party is trying to avoid a gubernatorial primary next year.

Primaries are not only expensive, but the number of registered Republican voters in New York has been declining over the last several years. So when it comes to donors, many are eager to put their money behind the candidate who will ultimately be running in the general election.

Right now, that front runner is U.S. Rep. Lee Zeldin, who already has the support from the majority of Republican county chairs. Zeldin has been touring the state and said he is glad Republican leaders are choosing early who they want to back next year.

“Democrats, they can waste time, they can waste money, they can fight amongst themselves, they can make mistakes and still win,” Rep. Zeldin explained. “We don't have that luxury. That's one of the things that I've been talking about and that's why I got in 19 months to the day before the election and just working hard all day every day, taking nothing for granted to earn the support of New Yorkers from all across the state, all walks of life.”

But there are also three other declared candidates in the running.

Andrew Giuliani, son of former New York City Mayor Rudy Giuliani, has now visited all 62 counties across the state and made his last stop in Buffalo on Friday.

“I spent some time in Buffalo, I spent some time in Rochester, looked at some of the crime statistics, specifically,” Giuliani said. “As we've seen, Buffalo right now is on track to have the highest murders in recorded history. So we had some discussions about that and talked about some solutions from a public policy perspective where we can actually bring crime down under control.”

Former Westchester County Executive Rob Astorino, who ran against Gov. Andrew Cuomo in 2014 and lost, has also officially launched his bid for governor.

“It was clear very early on that the party establishment had a preferred candidate and so we were always prepared to petition our way onto the primary ballot next June," a spokesman for his campaign said in a statement. "Rob remains laser-focused on raising money and building a coalition of voters that will lead to victory next November. Rob Astorino is the most electable conservative because he is best positioned to be competitive in Westchester and New York City while dominating in the red counties around the state, just like he did in 2014.”

Lewis County Sheriff Mike Carpinelli is also in the running and has said he plans to take his bid for governor all the way to the primary as well.