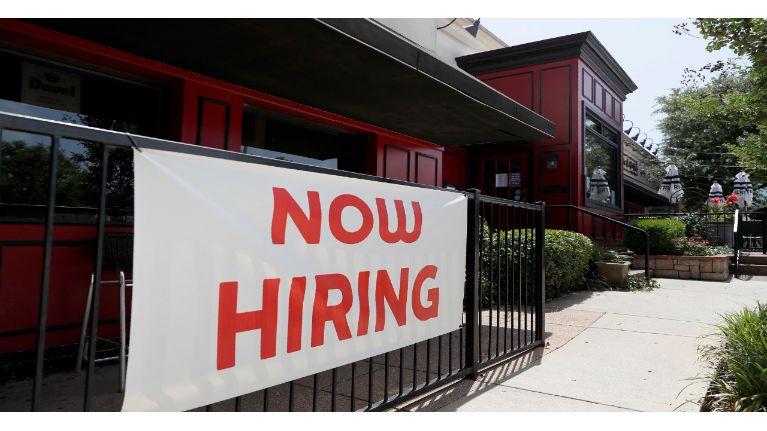 New York lawmaker proposing $1,200 bonuses for going back to work

Over the past few months, numerous businesses have expressed that they are struggling to find employees willing to return to work.

Jason Pierce owns Savoy Taproom in Albany. And right before the COVID-19 pandemic, he started work on his second restaurant, the Copper Crow, which could open any day.

The problem is Pierce said he still needs to hire around 40 workers and has been searching for months to find people to fill these positions.

“We started this project before the COVID pandemic and I thought the biggest challenge would be COVID frankly,” Pierce said. “And it was. We had supply chain issues getting equipment, we had problems with contractors, we still haven't been able to get somebody to put up our new sign. But now the biggest challenge we're facing is that we can't find anybody to work.”

The unemployment rate in New York state before the pandemic was 3.9%, according to the state Department of Labor. In April 2020, at the height of the pandemic, that number shot up to 16.2%.

Now, according to the most recent jobs report, the unemployment rate has dropped to 8.2%, but this is still over double where it was a year ago.

At the same time though, businesses across the state have been unable to fill open positions. Many argue that the enhanced unemployment coverage, not set to expire until September 6, is discouraging people from returning to the workforce. Others blame low wages and the lack of accessible childcare.

Pierce said for his two businesses, Savoy Taproom and the Copper Crow, he is offering competitive wages and even benefits.

“Our employees, our kitchen line cooks, senior cooks, our front-of-house staff, these are all jobs that pay anywhere from a minimum of around $16 an hour up to even $45 an hour for some of our front-of-house tipped staff,” Pierce explained. “So very fair wages and we offer health insurance, we offer paid time off, we offer flexibility in scheduling.”

Republican state Sen. Ed Rath introduced legislation attempting to encourage New Yorkers to rejoin the workforce. After four weeks of employment, a person would receive a bonus of $1,200 for returning to work.

“We have had 15 months of unemployment benefits, which was very necessary, very appropriate in the beginning,” Sen. Rath said. “But now, employers are desperately trying to get access to workers and they can't have access to workers because the employment bonuses are too generous. So this idea we believe will spur people back to work.”

Although the Legislature has gaveled out for the year, Rath saus he hopes this bill will get picked back up if lawmakers do end up returning in the summer.

The Department of Labor has also recently been reminding those collecting unemployment that they are required to log that they are looking for work three days a week. This has always been a requirement, but was not as heavily enforced during the height of the pandemic since around 1.4 million people were out of work. The Labor Department was struggling to even process claims at that time, much less check if people were applying for jobs.

The only people who are not required to search for work while collecting unemployment are those who were laid off because of the COVID-19 pandemic and were told by their company they would be rehired when the business reopened.