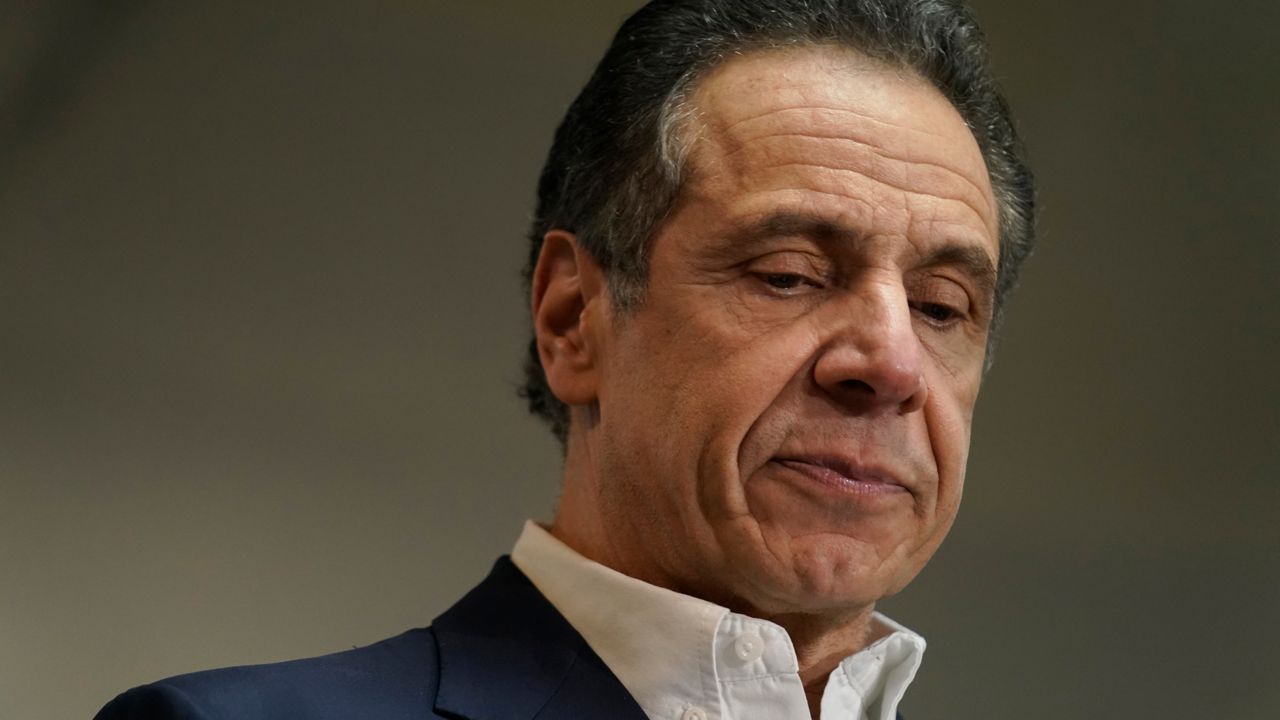 Some question if Assembly probe of Cuomo is 'window dressing'

Mounting criticism over what some are calling a “stalled” investigation is starting to rise to the surface in Albany.

Over two months ago, the Assembly launched an impeachment investigation into the numerous scandals facing Governor Andrew Cuomo.

So far, investigators have provided only two updates on where things stand and have not announced another public meeting.

“This seems to be nothing more than a delay tactic or to provide some cover to say we're doing something, but not really doing anything,” Senate Minority Leader Rob Ortt said, criticizing the lack of action. “And it has bought the governor time. I do not have any real optimism that this investigation is anything more than window dressing.”

The Assembly Judiciary Committee is leading the impeachment investigation, made up of both Democrats and Republicans.

The committee hired a law firm Davis Polk Wardwell to conduct the investigation, but this firm has drawn criticism over its close ties to Governor Cuomo.

Cuomo appointee and close ally Chief Judge Janet DiFiore is married to Dennis Glazer, who spent more than 30 years as a partner at Davis Polk Wardwell. His family still receives a hefty annual pension from the firm.

If an impeachment trial was to head to the Senate, DiFiore would also be part of the jury deciding whether to convict Cuomo.

When the committee first met with the law firm, lawmakers requested weekly updates in an effort to increase transparency.

However, those weekly updates have not happened, and the last update was almost a month ago.

Chairman of the Judiciary Committee Charles Lavine said in a statement, “The investigation is progressing with all due and deliberate speed. I am very pleased with the extraordinary work of Davis Polk Wardwell.”

But Assemblyman Kevin Byrne questioned, what’s next now that it has been months?

“We've tried to be helpful, give information to the committee, to the chair, to try to help move this process along,” Byrne said. “But I think it shines a light on the fact that New York State really lacks an impeachment process like the federal government does and we need action.”

This is not the only investigation that has been looking into Cuomo and his administration.

There is currently an ongoing investigation being conducted by the attorney general looking into the sexual harassment and assault allegations against Cuomo. There is also an investigation being handled by the U.S. Department of Justice looking into whether the Cuomo administration covered up the true number of COVID-19-related nursing home deaths.

Cuomo has repeatedly denied he has done anything wrong and says he looks forward to telling his side of the story when the investigations wrap up.

What we know about the Assembly Impeachment Investigation:

In the last update provided, Lavine said investigators received over 200 calls on the impeachment hotline and have spoken with the attorneys of at least 70 people who may have relevant information.

Lavine also confirmed they have now narrowed the impeachment investigation into four categories: