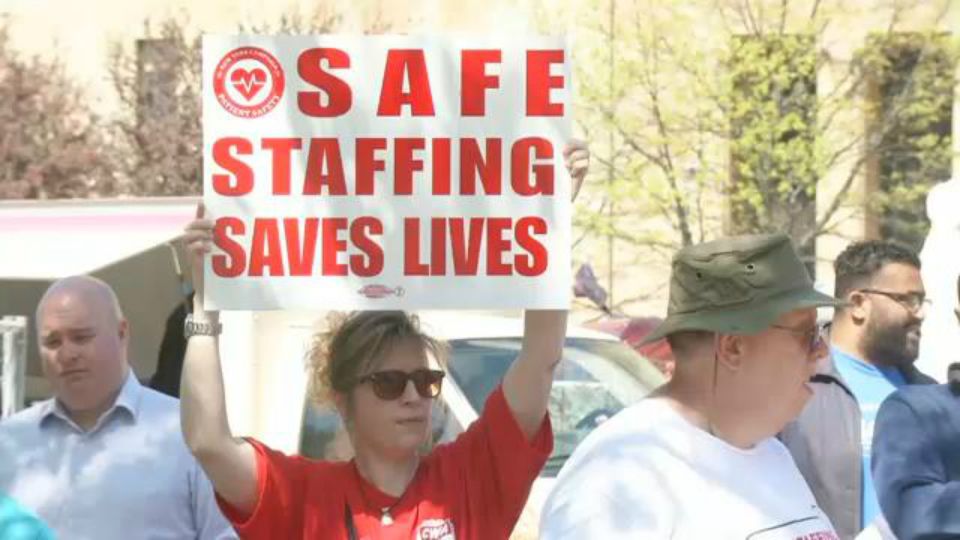 On Tuesday, a bill advanced through the New York State Assembly health committee that would create a minimum nurse-to-patient ratio for both hospitals and nursing home facilities.

Assembly sponsor of the bill, Assemblywoman Aileen Gunther, said this pandemic served as a wake-up call and emphasized the need for safer staffing levels in these facilities.

A few Assembly health committee members did vote against the “Safe Staffing for Quality Care Act” and tried to ask a few questions during the hearing.

Assembly Health Chair Richard Gottfried said this bill was introduced around 20 years ago and has been debated for years.

“This bill has been debated for about 20 years if more people want to speak, okay, but I’m going to ask members not to respond,” Assemblyman Gottfried said.

Assemblywoman Marjorie Byrnes said she felt silenced in what she says should be an important debate.

She said hospitals in her region are extremely concerned about nursing shortages heightened by this pandemic.

“An unbending ratio in some of these hospitals with fears of fines or having their operating licenses revoked,” Assemblywoman Byrnes said. “We could potentially risk losing some of our best resources for medicine in areas that are outside the urban areas.”

This concern was also highlighted in a report released by the State Health Department last year that showed New York would need to hire nearly 70,000 additional nurses to meet mandated staffing levels.

It also estimates this would cost potentially over $4 billion and close many hospitals around the state.

Judy Sheridan-Gonzalez, president of the New York State Nurses Association, disputed the health department’s report, saying that many nurses would return to work if they knew there was a safe staffing mandate in place.

“The nursing shortage that currently exists is a result of many of the nurses leaving the profession because they could not tolerate the unsafe staffing conditions,” Sheridan-Gonzalez explained. “Those nurses will come back.”

The bill still needs to advance through two more committees before it heads to the Assembly floor for a vote.