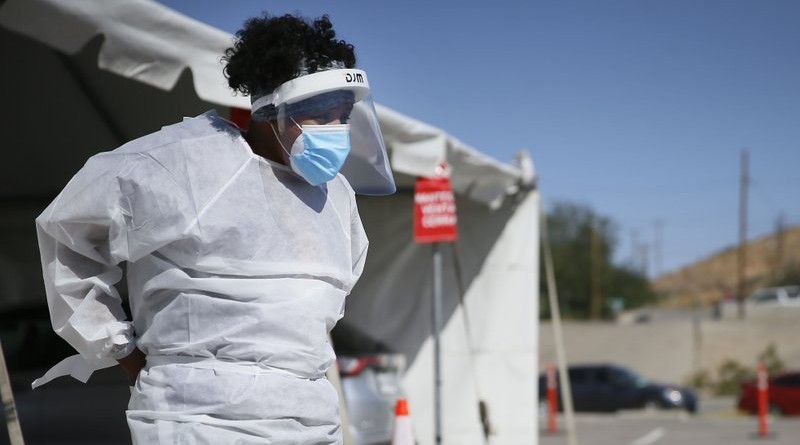 In the spirit of Thanksgiving, county leaders from around the country are calling for bipartisanship when it comes to addressing the current public health crisis.

County governments have been the front line of defense in the battle against COVID-19.

And now leaders on both sides of the aisle are calling on elected officials to lay partisanship aside and work together to address this pandemic.

“The actions that are being taken by local governments are to save people’s lives,” Erie County Executive Mark Poloncarz explained. “None of us enjoy these actions.”

Many counties have had to front costs such as setting up testing sites, providing personnel to administer these tests, securing personal protective equipment and more.

“Not every county in the United States received Federal CARES Act dollars because of its size,” Poloncarz said. “In Erie County we received it directly from the federal government, but not every county and most counties in Upstate New York, did not receive any dollars. Yet here we are, the front lines in regards to the public health crisis and it’s not going away.”

Even looking just a couple months down the road, Dutchess County Executive Marc Molinaro says county governments will need assistance when it comes to distributing a future vaccine.

“There is no flattening the curve, there is no pandemic response and there will be no vaccine distribution without county governments,” Molinaro emphasized. “County governments across America have risen to the challenge of our lifetime.”

Speaking directly to federal officials, Molinaro urged both sides to not push their response to this public health crisis even further down the road.

“We need the federal government to do its job,” Molinaro said. “Never before in the history of America has Congress left its local government partners holding on to a thread or all alone in the face of a crisis.”

Pressure is starting to build on state leaders to come up with an alternative plan to deal with the state’s budget deficit and costs associated with COVID-19 if another federal stimulus deal is not reached by the end of the year.