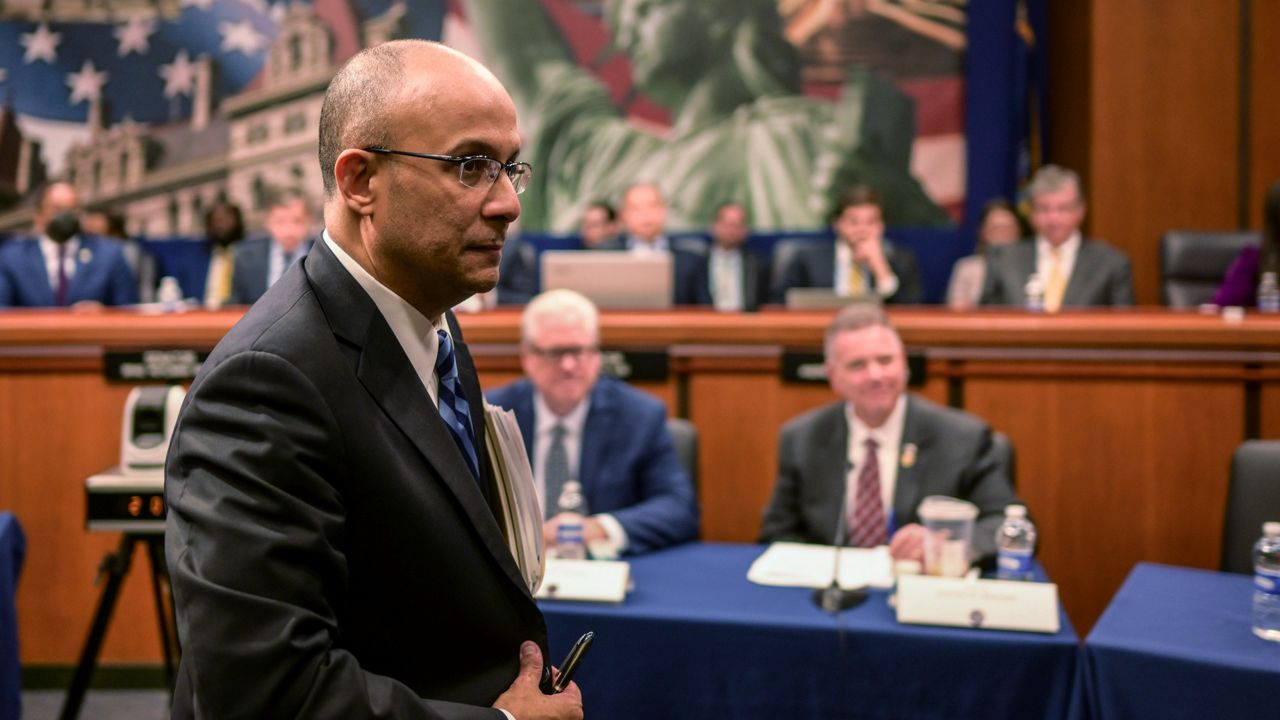 Progressives in New York on Wednesday notched a significant victory with the rejection of Gov. Kathy Hochul's nominee to lead the state's top court, a win that comes as lawmakers are in a broader debate over the direction of the criminal justice system.

The rejection of Justice Hector LaSalle's nomination to lead New York's top court, while unprecedented, has fit into a broader battle between progressives advocates, labor unions and Democratic lawmakers on one side and more politically moderate elements in state politics.

"I believe this criminal justice debate, mass incarceration, cash bail, crime — everything," said Roberto Ramirez, a former state assemblyman and a LaSalle supporter now with the MiRam Group. "What's happened is everything has concentrated on this, and the victim is LaSalle."

Democratic state Assemblywoman Anna Kelles, a critic of LaSalle's record, also pointed to concerns over criminal justice, combined with concerns over reproductive rights, that have fueled the opposition.

"It's totally valid to have those concerns when you have a judge that has adjudicated in ways that puts those two issues at risk," Kelles said.

LaSalle's rejection by the Senate Judiciary Committee was a confluence of events: Efforts by Democrats to swerve the Court of Appeals into a more left-leaning position as well as fears over a conservative-majority U.S. Supreme Court at the federal level. Labor unions, also, played a key role in fueling opposition.

But recent changes to New York's criminal justice laws like ending cash bail requirements and overhauling juvenile justice have also become a flashpoint in efforts to curtail crime or create a fairer system of public safety.

"What I hope is part of the conversation is actually talking about the cause of crime and addressing those issues," Kelles said.

LaSalle is a former Suffolk County assistant district attorney, a bullet point on his resume supporters have called unfair to criticize him over, given how many young lawyers start their careers.

Still, advocates had asserted they wanted judges with backgrounds beyond serving as prosecutors, such as public defenders.

Hochul this year is calling to tighten the cashless bail law by ending the least restrictive provision for serious criminal offenses. It's a move opposed by progressive advocates like Alana Sivin of FWD.us.

"We've seen too many die behind bars because they've been detained pre-trial and this idea that we need to even roll back bail reform even more given the tragedies that have happened in the last year is really unconscionable," she said.

Law enforcement organizations, however, are encouraged by Hochul's plans. Mike Powers, the leader of the corrections officers union, says the bail law is a symptom of a growing problem.

"Our beating of our drum may be aggressive, but we can't put a price tag on safety," Powers said.

"It's a much more violent atmosphere than it was 10 years ago," Powers said.