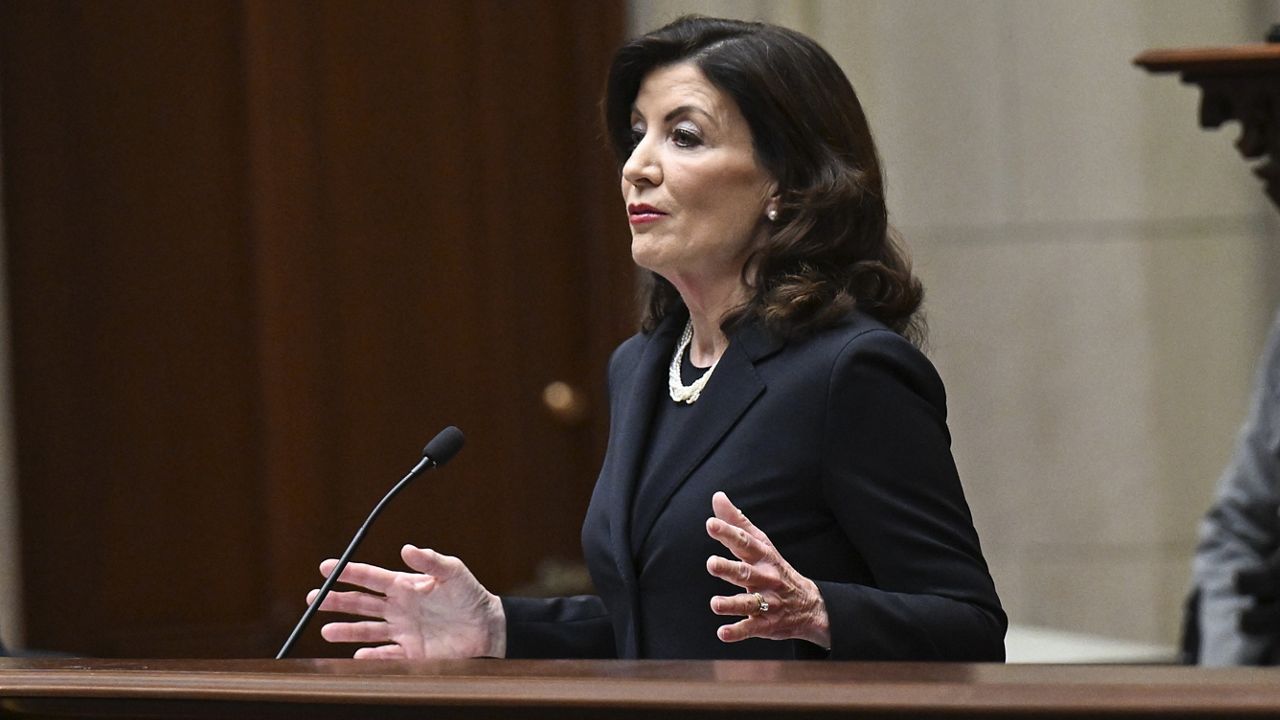 New York's recovery from the pandemic has coincided with a rise in social and economic problems. Voters feel less safe. Housing is more expensive.

As she laid out her 2023 agenda, Gov. Kathy Hochul on Tuesday pointed to the COVID-19 pandemic causing a cascade of issues that she wants state government to address in the coming years.

"The pandemic caused so much havoc in our state, country and society itself," Hochul said in the address to state lawmakers. "And it had a profound effect on public safety. The pervasive unease that wormed its way into our day-to-day lives."

But whether Hochul can get the proposals over the finish line in the coming months remains to be seen as she is also facing a concurrent battle with fellow Democrats in the state Senate over her nomination to lead New York's top court.

Progressives were able to cheer her proposal to link New York's minimum wage to inflation, with a cap on hikes if job growth is threatened, as well as her climate change plans.

But Democratic leaders in the state Legislature, however, were less than enthused with Hochul's push to make further changes to New York's law that restricted cash bail for many criminal charges by ending the "least restrictive" standard for serious criminal offenses, which could free judges up to set bail.

Expanding affordable housing in New York statewide by fast-tracking projects even if they do not meet local zoning restrictions could lead to complications from suburban lawmakers and leaders who pushed back last year against the governor's effort to make it easier to build accessible dwelling units. On the other side, progressive advocates sought more help for tenants and were disappointed Hochul did not mention specific aid for lower-income renters.

And while $1 billion is being proposed for mental health programs and services, some key lawmakers urged Hochul to also boost funding for worker pay.

How Hochul wants to approach these measures will be spelled in greater detail when she proposes a state budget plan in the coming weeks. Governors typically have more leverage in the spending negotiations over state lawmakers.

"It's a start, and we'll begin the process when she introduces the budget, and I think that's when things will really start to pick up," said Assembly Speaker Carl Heastie, who has been a staunch proponent of the bail law.

"I'll have to look at the specific nature of the proposal," Bailey said. "I can't comment until I read the actual statute of what's being proposed."

The pandemic has created a strain on mental health care services in the state, compounded by a loss in workers. Hochul's plan calls for 1,000 new beds as well as supportive housing for people with severe mental illnesses at risk of homelessness.

"I'm really hopeful and I'm encouraged," said Senate Health Committee Chair Samra Brouk. "The thing I'm concerned about is none of this is going to be possible if we don't have a workforce."

New York has struggled to regain the jobs and people lost since the pandemic began nearly three years ago. Hochul acknowledged the ongoing concerns surrounding a potential recession and the cost of living slamming New Yorkers' wallets.

Republicans, meanwhile, called efforts to increase the minimum wage and transition the state to cleaner forms of energy by banning fossil-fueled heating equipment as financially harmful.