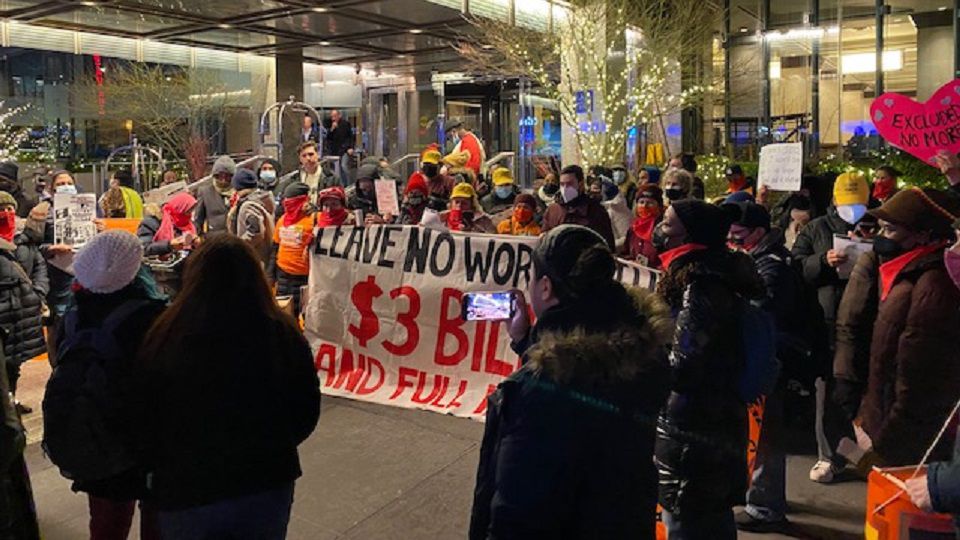 Two years ago, New York lawmakers agreed to what was known as the excluded workers fund — a pot of money meant to aid a pool of workers, many of them undocumented, who did not receive federal aid for people who lost their jobs.

Now, advocates like Jessica Maxwell of the Workers Center of Central New York want to expand eligibility to more people and make it permanent.

"There are so many different groups of workers who are no longer qualifying for just a basic, basic labor protection," Maxwell said.

The proposed Unemployment Bridge Program would provide assistance to workers not covered under federal unemployment benefits is once again being pushed for this legislative session. But supporters contend this fund is, in essence, a new version of an old idea that worked to keep people afloat.

Advocates want $500 million to cover a wider array of workers in New York who have trouble accessing unemployment benefits.

"This is not something that's a luxury," Maxwell said. "These are workers who are the backbone of our economy. Domestic workers, construction workers, farmworkers."

Those workers include freelancers, especially people who work in digital media. Lux Alptraum of the Freelancers Solidarity Project says it's a protection that's needed.

"There are many people who, for whatever reason, are just living paycheck to paycheck as freelancers and don't have the safety or security," Alptraum said. "Maybe they want to be employees, but there just aren't the jobs there."

But replenishment of the fund has been controversial, and Republicans like state Senate Minority Leader Robert Ortt are opposed. Ortt's opposition, in part, stems from undocumented immigrants receiving benefits.

"This conference is for smart policies," Ortt said. "But we can't even take care of New Yorkers, people who are here, paying the highest taxes in the country."

Republicans were against the initial excluded worker fund in the first place given the skepticism it would be a one-time item in the state budget.

"One of the reasons why this conference spoke against, stood against it, was we would be here several years later where they are just trying to make this a permanent thing," Ortt said.

But supporters in the Legislature, including Senator Jessica Ramos, say the proposed expanded fund is meant to reflect working in a new era.

"The Excluded Workers Fund was an emergency bail-out that responded to a crisis," Democratic Sen. Jessica Ramos said. "Now, we need to do the structural work of matching our state's unemployment system to the realities of the labor force. The Unemployment Bridge Project is an update that aims to create a 21st-century safety net to match our 21st-century workforce."