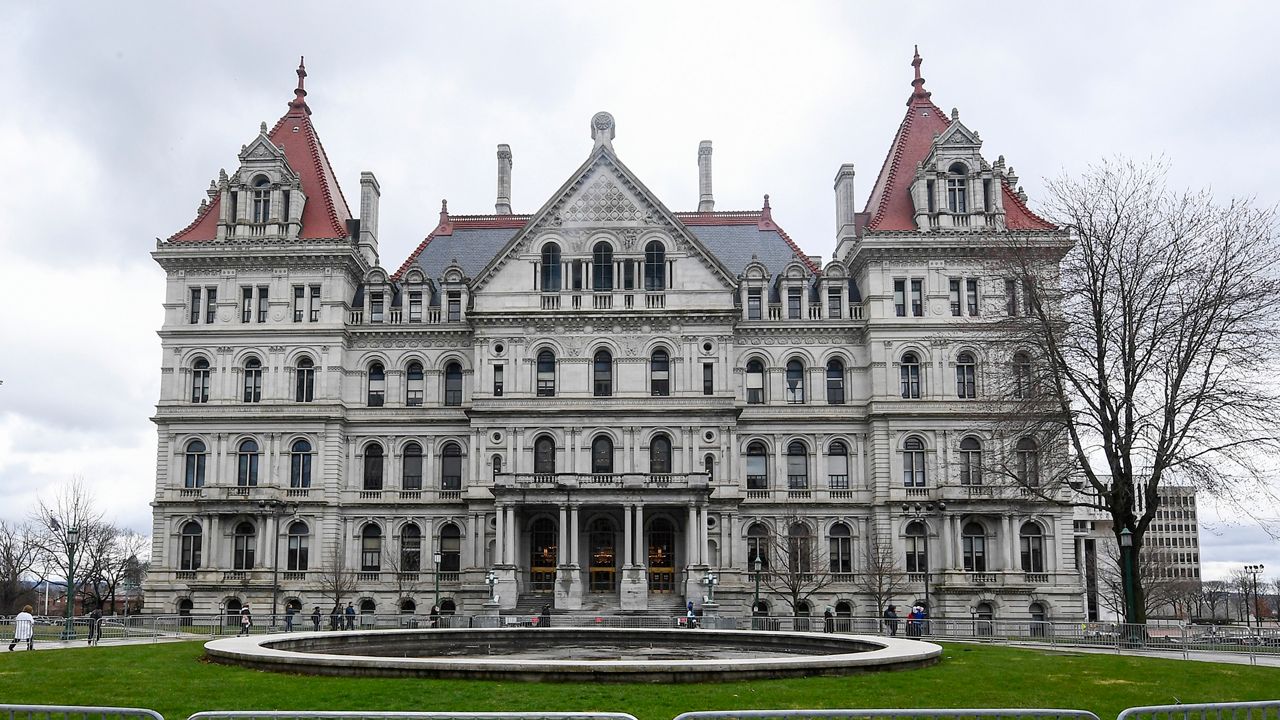 State lawmakers' plans to return Thursday to vote for a measure to raise their pay by $32,000 is leading to calls for further action on measures that would also increase the minimum wage, extend a gas tax holiday into the new year and provide support for home heating assistance.

It's the give-a-mouse-a-cookie rule of New York politics: If you hold a special session, a few more glasses of milk are going to be sought.

The session is expected to see the approval of a bill to raise legislative pay from $110,000 to $142,000, making New York lawmakers the highest paid state Legislature in the country. The proposal also includes new limits on how much lawmakers can earn outside of their jobs as elected officials.

Lawmakers do not expect to take up additional measures prior to the start of the new session on Jan. 1. An effort by Gov. Kathy Hochul's office to win bail changes, for instance, did not get far in negotiations.

Governors in the past have leveraged pay raises for lawmakers to advanced their agenda. In 1998, then-Gov. George Pataki was able to win an expansion of charter schools in New York as legislative pay increased.

That does not appear to be the case this time, with lawmakers less trusting of Jenga-like deals to pile and link a grab bag of policies onto a pay raise.

If anything, the pending session planned for noon on Thursday is giving advocates a chance to road test their platforms.

"Lawmakers work hard, they have big responsibilities," said Michael Kink, the executive director of Strong Economy for All. "They deserve a pay raise. But at the same time, lawmakers should pass the Raise Up New York Act."

Kink is among the progressive advocates calling for a minimum wage increase to $21.25 an hour in New York by 2026 and set future increases to the rate of inflation.

The agreement comes as the suspension of several taxes on gasoline in New York are set to expire. State Sen. Sue Serino said lawmakers should instead be tackling issues like that, while also aiding people with home heating assistance.

"So many other things can actually help families right now, but instead you have lawmakers who are being greedy and taking this huge pay increase," said Serino, who leaves office at the end of the year. "It's just unfamthomable."

The pay raise plan has also drawn the ire of good-government organizations and the business community.

The business-backed group Upstate United panned the proposal, too, arguing lawmakers should instead focus on efforts to aid the broader economy in New York. Businesses have been hit with increased unemployment insurance costs to help cover a debt owed to the federal government and have pushed the state to shoulder the burden instead.

“Legislative pay raises should only be discussed once the Legislature has taken the necessary steps to revive our economy and our communities," said Justin Wilcox, the executive director of Upstate United. "As of today, that has not happened."

Meanwhile, a group of legislative staffers who have sought to form a union called the pay raise necessary for lawmakers -- but also for their workers.

“Members of the legislature are not immune to the impact of the rising costs that are plaguing all our constituents," the group said in a statement. "We do not begrudge them their salary increase, but any statements legislators make regarding the necessity of a legislative pay increase will be hard to stomach unless they are followed by matching statements and cost of living increases for legislative staff."