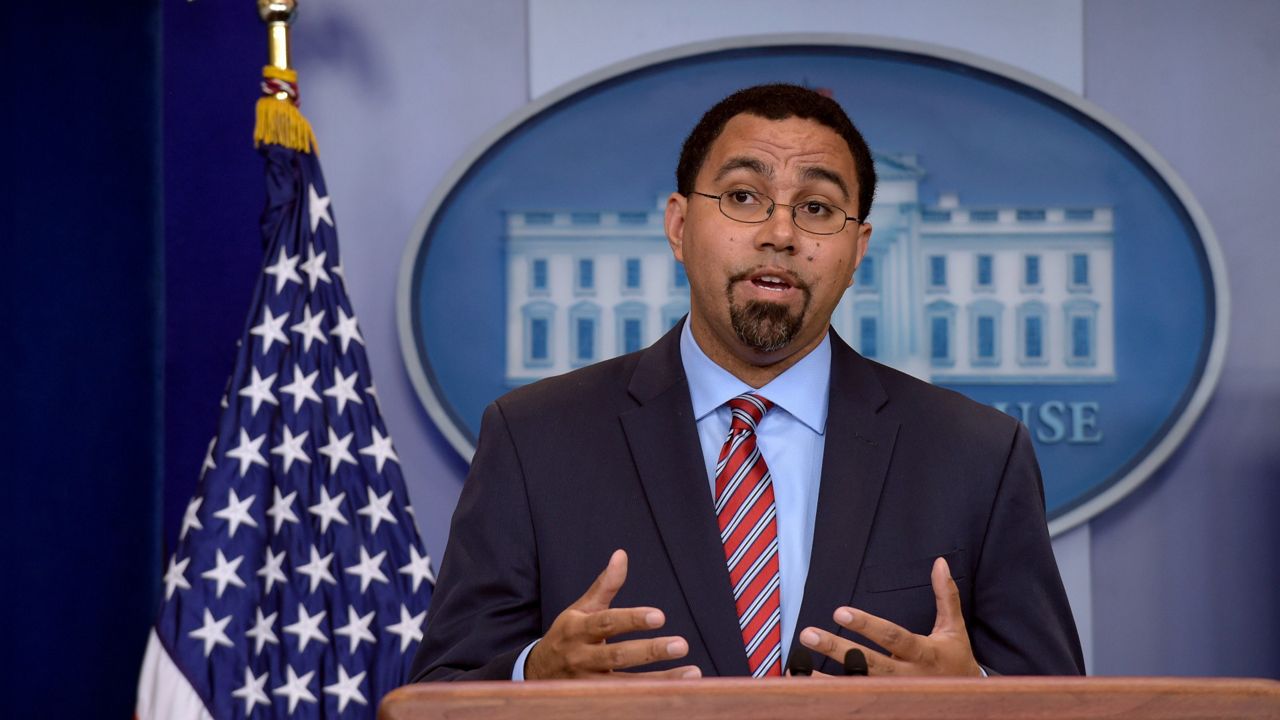 John King, a former state education commissioner and the former U.S. education secretary during the Obama administration, has been tapped to become the chancellor of New York's 64-campus public college and university system.

The State University of New York Board of Trustees on Monday formally appointed King to the role, replacing Jim Malatras. SUNY Oswego President Deborah Stanley had been serving in the role on an acting basis.

“As we work to continue to transform SUNY to meet the needs of the next generation of students and New York’s economy, we need a leader who understands how to balance striving for both excellence and equity," said SUNY Chair Merryl Tisch. "John King has a proven record of doing both.”

King is set to start the job in January and will move back to New York.

“I am humbled and honored to accept the position of chancellor and to advance Governor Kathy Hochul’s vision to make SUNY the best statewide system of public higher education in our nation,’” he said. “Public education quite literally saved my life when I lost both of my parents at a young age, and I have dedicated my professional career ever since to ensuring that every student has access to the academic opportunities that they need and deserve. I look forward to working with all members of our campus communities, lawmakers, and stakeholders to bring SUNY to new heights and maximize its potential.”

King had drawn crticism as the education commissioner in New York during the implementation of the controversial Common Core standards, including from Republicans and the state's teachers' unions.

His confirmation as education secretary was opposed by New York Sen. Kirsten Gillibrand. King was ultimately confirmed in a 49-40 vote.

“We need champions at every level who will join our fight for the resources needed to take our public colleges and universities to the next level," Pallotta said. "We will work with Chancellor King to ensure that our campuses and the educators serving on them receive the critical funding and support they deserve as we continue to push toward a common goal: Making sure every New Yorker has access to an affordable and exceptional public education.”

But he has been supported by Chuck Schumer, the Senate majority leader, who praised King's appointment to lead SUNY.

Gov. Kathy Hochul in a statement also signaled she was on board with King's appointment.

"His professional experience at every level of our education system, including as Secretary of Education to President Obama, combined with deep New York roots, make him an ideal leader for the SUNY system," she said. "I look forward to working with him on our ambitious goal of transforming SUNY into the top statewide system of public higher education in the country."