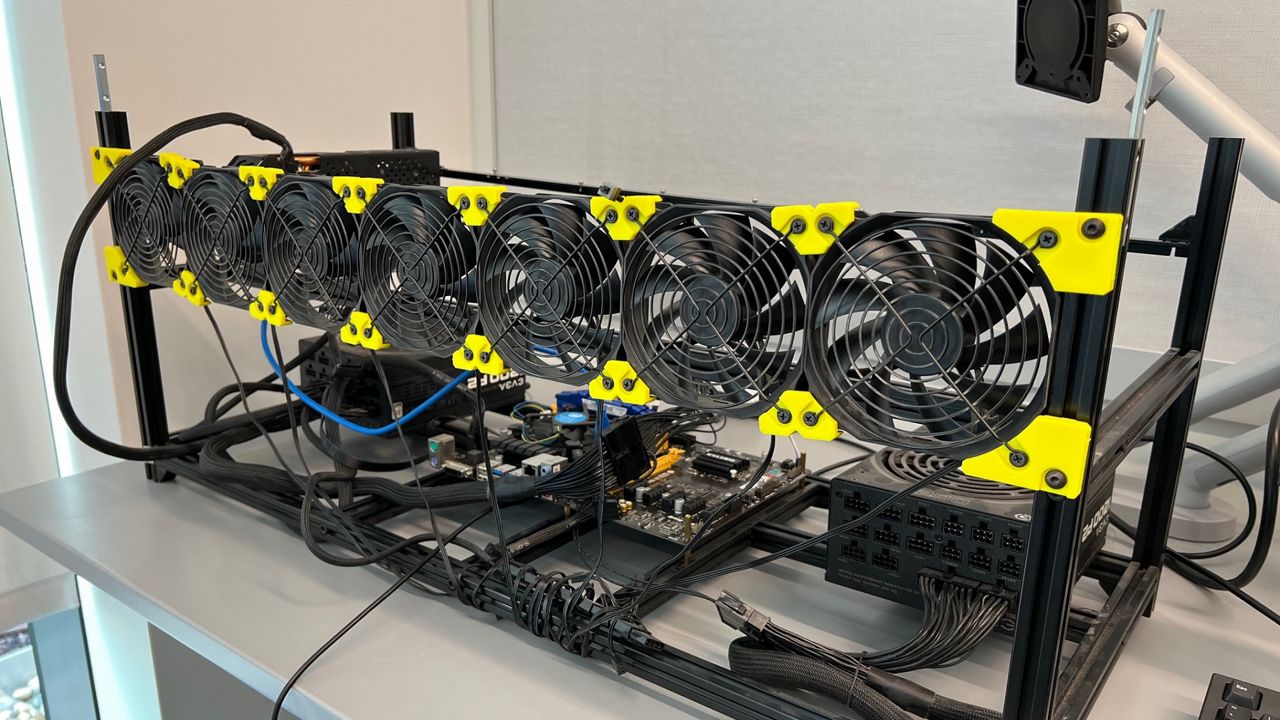 Gov. Kathy Hochul wants the crypto-based industry to flourish in New York, but she said Monday it can't come at the expense of the environment.

"I have said I support the crypto industry," Hochul said Monday. "It does not mean they have to be using our limited resources here in upstate New York to do the mining."

The crypto industry in New York is trying to chart a way forward after Hochul approved a two-year moratorium on a key process used in the industry.

With her approval of the moratorium, she's siding with skeptics who are worried the digital currency validation process known as "proof-of-work" is safe for the environment.

Hochul last week approved the long-sought two-year moratorium on the proof-of-work cryptomining process after a prolonged push by advocates in the Finger Lakes region and New York City.

It's not a physical mining process, but a digital operation meant to benefit the growing crypto industry, which has come under scrutiny amid a series of high-profile troubles like the bankruptcy of exchange FTX.

"Any people that are involved in crypto in the state of New York really received a seal of approval so we don't see the collapse we've had in other areas," Hochul said.

Industry officials like Perianne Boring, the CEO of the Digital Chamber of Commerce, believe the governor is trying to have it both ways.

"That's like saying you're welcoming to internet technology, but you're not welcoming to computers," she said. "You can't really have cryptocurrency activity without the infrastructure that runs it."

The crypto industry was already hesitant of expanding its operations in New York given its appettite for regulations. Boring pointed to other states with far lighter regulatory hand where relocation would not be hard.

"This is not a business friendly landscape to bitcoin miners," Boring said. "This is really I think the nail in the coffin."

The industry has been on something of a rollercoaster in recent weeks after the collapse of the exchange FTX, spawning investigations and deeper scrutiny at the firm's practices. On Monday, lender BlockFi filed for bankruptcy which had been linked financially to FTX.

Nevertheless, industry officials plan to continue to have a presence in Albany and make their case to lawmakers and regulators.

"They are an example of a centralized institution that failed, which is why we need blockchain technology," Boring said of FTX and the subsequent fallout.

Environmental groups and advocates have targeted the proof-of-work proccess in cryptomining for the tremendous amount of energy it requires -- burning fossil fuels in the process to power massive computer servers.

"There are ways to create cryptocurrency that don't have the same environmental energy concerns," said Liz Moran, the New York police advocate for the group Earthjustice. "So New York can have a cryptocurrency without harming our planet and the environment."

Advocates and some business owners in the Finger Lakes region had called for the moratorium as a cryptomining operation on Seneca Lake drew concerns.

New York will also be undertaking a review of the effects of proof-of-work cryptomining on the environment, a process that will unfold as New York already seeks to greatly reduce its carbon usage.

"We need to make sure there are policies put in place so they aren't consuming as much energy — if that can be done," Moran said. "So that will be up for New York state to now evaluate."