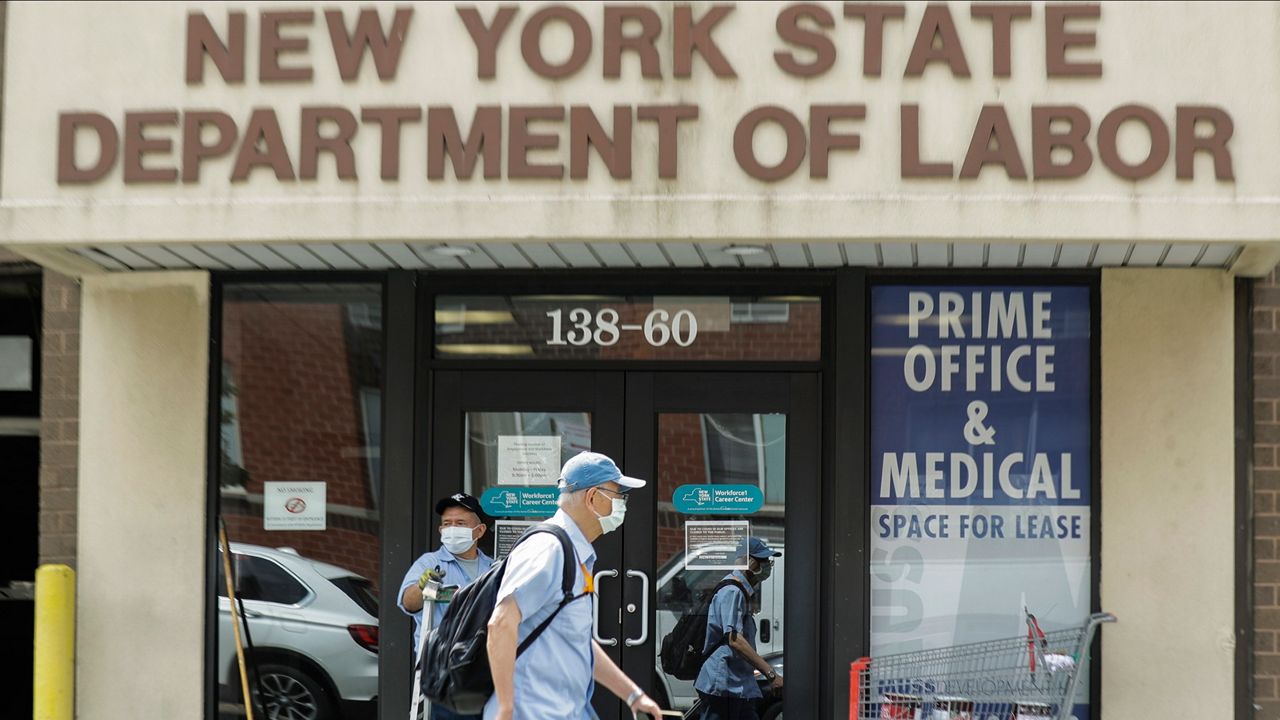 Scammers made off with an estimated $11 billion in fraudulent unemployment payments, and small business owners in New York are, in part, carrying the burden.

State lawmakers and business owners are still processing the scathing audit released this week by Comptroller Tom DiNapoli's office finding a lack of oversight and outdated computer systems led to a spike in fraudulent and improper payments during the height of the COVID-19 pandemic.

Spectrum News 1 fist met up with Dion in August, when business owners were about to be hit with a surcharge for interest payments to help foot the bill for New York's massive unemployment debt owed to the federal government to help cover the cost of a sharp rise in joblessness due to the closure of businesses and public gathering spaces to curtail the spread of COVID-19.

The audit found at least 17% of $76 billion in unemployment benefits made between 2020 and 2021 were fraudulent. Dion and business owners like him are, in effect, helping subsidize the state's lack of oversight.

"The state itself constantly gives a message of being anti-business," Dion said. "They just seem to think business owners have unlimited resources to take of their mistakes or their follies."

"There's a lot of work we need to do here, but $11 billion is a jaw-dropping number," Fahy said.

State labor officials have accepted the results of the audit, but also pointed to the frenzy of unemployment benefit applications when businesses laid off millions of New Yorkers. The state Department of Labor is also in the middle of a four-year plan to improve customer service and strengthen fraud oversight.

But the audit also blamed state labor officials for failing to update its oversight and monitoring systems, despite being warned in 2015.

"Yes, we do need to hear more, and quite frankly we have to go after this fraud," Fahy said.

In the state Senate, Republican Peter Oberacker has called for a forensic audit of the state's IT systems. As the Department of Labor was swamped with claims, state lawmakers' offices stepped in.

"Our office during the pandemic was inundated with phone calls" Oberacker said. "We were doing the work here in our office for the Department of Labor."

Some lawmakers are reviving talk of helping cover the unemployment debt interest payments as relief for small businesses, something the business lobby has sought for much of this year.

For small business owners like Dion, he's not entertaining the idea of leaving New York for greener pastures. But he understands why some employers are considering it.

"It's frustrating because I hate all the talk of everybody that we have to move out of New York," he said. "I have everything I want here. Yet, when you hear how much simpler life can be elsewhere, it does make you want to go."