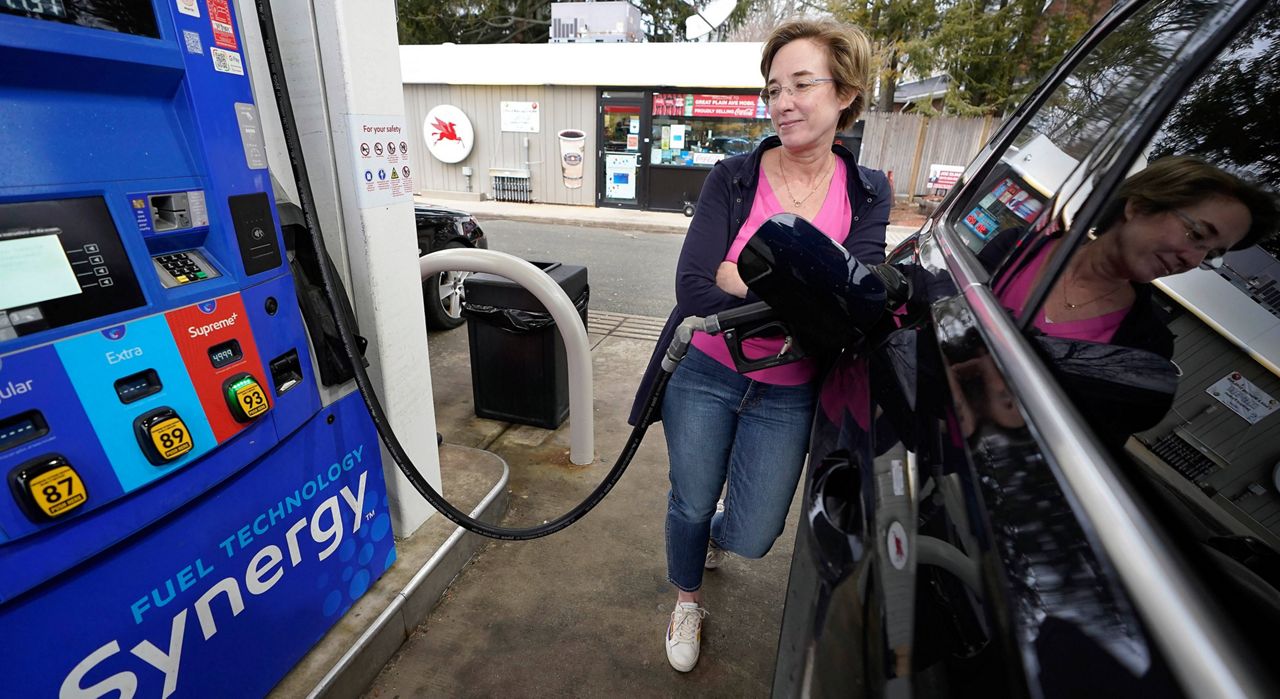 Earlier this year, state lawmakers and Gov. Kathy Hochul agreed to suspending the collection of about 17 cents per gallon in gas taxes. But as gas prices tick back up, there are bipartisan calls from state lawmakers to extend a suspension of New York's gas tax.

The question is how far lawmakers want to go.

The gas tax holiday is set to end by Dec. 31. Santabarbara this week began a renewed push for further relief at the pump that he believes needs to be extended into 2023.

"You do the calcuation, people have saved a lot of money," he said. "It was needed then, it's needed now and that's why it has to continue."

AAA reports the average gallon of gas costs about $3.90 in New York and has been steadily rising through the fall.

"The economy is kick starting, getting back up and running," Santabara said. "The last thing we want to do now is make it unaffordable. It may seem like a small amount, but like I said, it adds up."

Any extension would have to be paid for, as gas tax revenue goes to support mass transit systems in New York. About $974 million in revenue goes toward the Dedicated Highway and Bridge Trust Fund to help pay for improvement and maintenance projects.

All told, New Yorkers pay about 33 cents per gallon in taxes through a variety of levies. At the same time, local sales taxes of either 7% or 8% affect the final price at the pump.

Hochul's office in a statement did not rule out an extension.

“Gov. Hochul is deeply committed to helping keep money in New Yorkers’ pockets as they continue to face rising costs and inflation during a national affordability crisis," said spokesman Justin Henry. "The governor worked closely with the legislature to provide more than $600 million in tax relief to New Yorkers by instituting a six-month gas tax holiday – which is already among the longest in the nation – and will continue to explore solutions to help New Yorkers meet the rising cost of living.”

"This is not the time for us or local government or the federal to take our foot off the brake in terms of fighting the highest inflation in over 40 years," he said.

Tedisco wants a full suspension of all gas taxes in New York at the state level.

"What we need to do is my bill," Tedisco said. "That gives the full sales tax relief, about $5 a fill up.

Any change could come in a special session of the Legislature before the end of the year — though state lawmakers have said such a move at this point is not being discussed.

"I would say we should have done it yesterday," Tedisco said. "We can't do that, but as soon as next week the governor can call us back in."

Neighboring Connecticut has already signaled plans to extend its gas tax holiday due to expire at the end of this month, with Gov. Ned Lamont calling for a return of state lawmakers there to approve it.