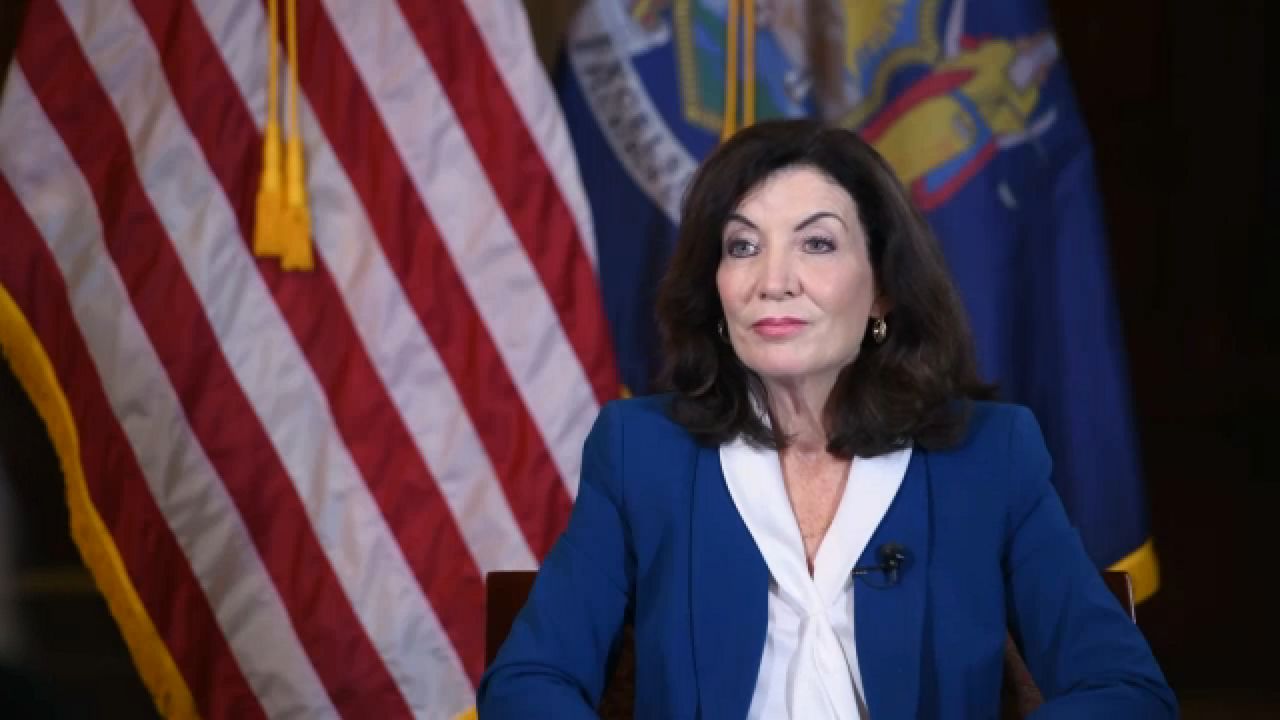 Gov. Kathy Hochul will allow her office's power to conduct the government's response to the ongoing COVID-19 pandemic to lapse when they are up for renewal at midnight, she said on Monday in New York City.

Hochul's decision to allow the expanded authority to end comes after she has already scaled back many requirements and mandates related to the pandemic, including relaxed guidance for mask wearing in schools and on public transportation.

"Given that we are in a different place now, we've been making announcements about taking masks off on public transportation, we now have a new booster shot," Hochul said. "We're watching the numbers, we feel comfortable we can suspend them."

Republicans have called on Hochul to allow the power to lapse as well after reports of campaign donors to her election effort securing government contracts related to pandemic supplies. Hochul's authority allowed contracting to bypass state contracting rules and oversight; Hochul's office has insisted proper safeguards have been in place to prevent conflicts of interest.

"Thanks to the continued pressure from Republicans, public pushback in nearly every sector of the state and well-deserved criticism from good government groups and the media, the governor will no longer be able to skirt important checks and balances built into normal state operations through her emergency powers," said Assembly Minority Leader Will Barclay.

Her predecessor, Andrew Cuomo, had renewed the authority over the pandemic month to month after state lawmakers granted the executive branch broad authority to respond to the public health crisis.

Cuomo's broader authority over the pandemic was allowed to expire in 2021. Hochul had wielded executive orders to bypass purchasing rules during a surge in COVID cases and expand personnel who can provide COVID vaccinations.

Masking rules and other health guidelines have been put in place -- and subsequently relaxed -- through the state Department of Health.

The move comes for Hochul after two-and-a-half years of the public health crisis and as officials have placed their hope on the booster shot now available to most people as a means of avoiding a large spike in COVID-19 cases this winter.

Schools, which have also had their pandemic rules significantly scaled back since the start of classroom instruction this month, are also operating with more COVID-19 tests in order to prevent the spread of the virus.