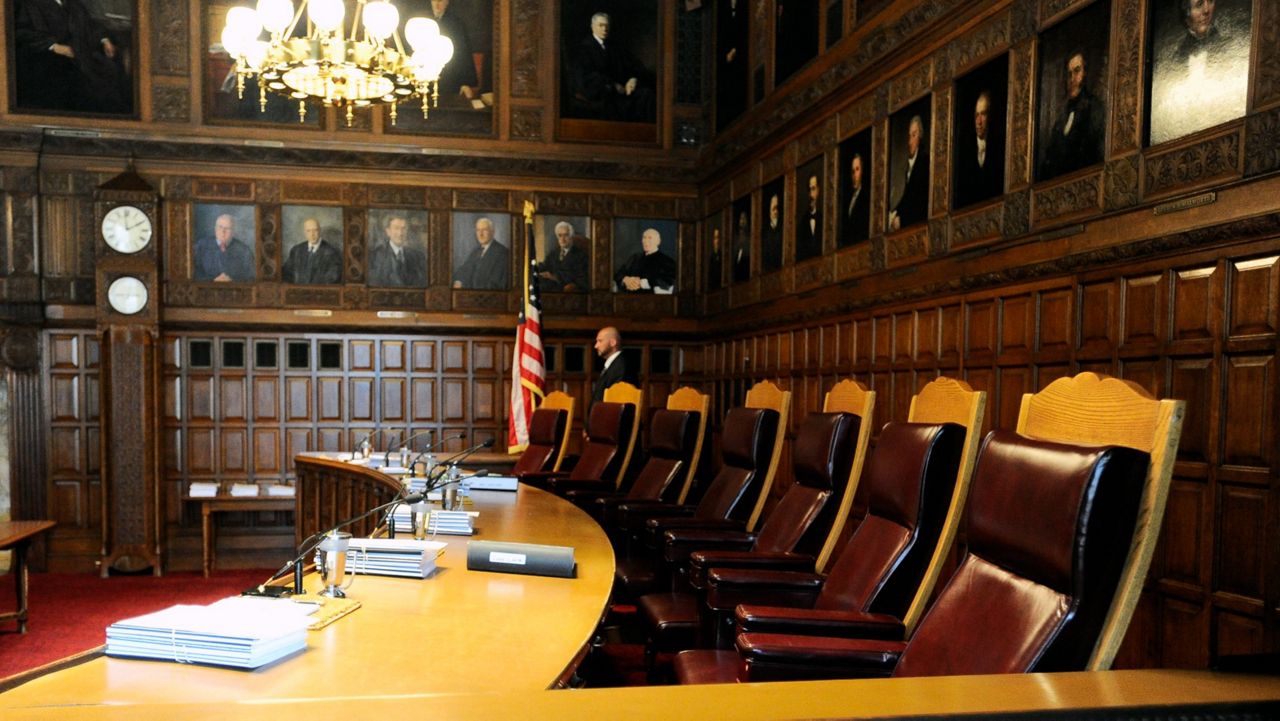 When the time came to appoint a top judge to New York's court system in 2015, his choice was DiFiore. And when Cuomo was facing mounting allegations of sexual harassment and inappropriate behavior in 2021, he proposed having DiFiore co-lead an investigation.

As DiFiore plans to step down at the end of August as New York's chief judge, Democratic lawmakers and advocates hope her successor will be at a remove from the executive branch.

"I think independence is going to be one of the most important qualities we look for in the next chief judge," Senate Judiciary Committee Chairman Brad Hoylman said on Monday hours after DiFiore announced her resignation.

But at the same time, advocates and Democratic lawmakers are signaling they do not want another former Republican to lead the court and the judiciary branch in New York. Often sleepy affairs, the nomination for the next chief judge will likely be closely watched in New York political circles following the U.S. Supreme Court rulings overturning Roe v. Wade and easing restrictions on the concealed carry of guns in the state.

Hoylman is hoping for a left-leaning candidate to be nominated by Gov. Kathy Hochul, somone who could reverse what he views as a rightward tilt at the court.

"The court's decisions on workers rights, on tenants rights, on criminal justice, I think were out of step with most New Yorkers and this is a real opportunity for Gov. Hochul to correct that," he said.

Added Peter Martin, the director of Judicial Accountability at Center for Community Alternatives, “As the U.S. Supreme Court and other federal courts take away individual rights, overturn much-needed state laws, and otherwise threaten New Yorkers, now more than ever we need a New York Court of Appeals that upholds and advances the progressive laws and jurisprudence that New York deserves. The upcoming Chief Judge vacancy provides an opportunity to move in that direction, and we call on the Governor and the State Senate not to waste it.

Nominations at the state Court of Appeals do not come anywhere close to the titanic fights over U.S. Supreme Court seats. The top state court's appointments are not for the duration of a judge's life, with a retirement age set at 70, though they can apply to stay longer.

The job itself is also a largely administrative one in which the chief judge oversees a sprawling New York state court system. Rob Rosborough, a partner at Whiteman, Osterman and Hanna and writer of the New York State Appeals blog, pointed to DiFiore's work on transitioning the court to remote work during the pandemic.

DiFiore's leadership of the court was not necessarily a politically conservative one, but one that took a more circumspect view of judicial power.

"We're in New York. These judges were all appointed by Democratic governors," he said. "They all have fairly liberal views depending on how you define liberal. But it's not politically liberal, it's judicially conservative rather than judicially active."

Still, DiFiore wrote the majority opinion in May that rejected the maps drawn by Democratic state lawmakers for the U.S. House of Representatives and state Senate as a violation of New York's constitution, a victory for Republicans. The decision led to a redrawing of the lines by a court-appointed special master.

"The case she's going to be remembered the most for is the redistricting case where she struck down the redistricting maps just earlier this year because they didn't comply with the constitutional provision that had been encated," Rosborough said.

Democratic U.S. Rep. Hakeem Jeffries, who had blasted the decision by the court, simply said, "Good riddance" in response to DiFiore's retirement — underscoring the bitter political fallout from the case.

Hochul will next nominate a replacement based on a list of candidates from a nominating commission. The nominee is subject to state Senate confirmation.