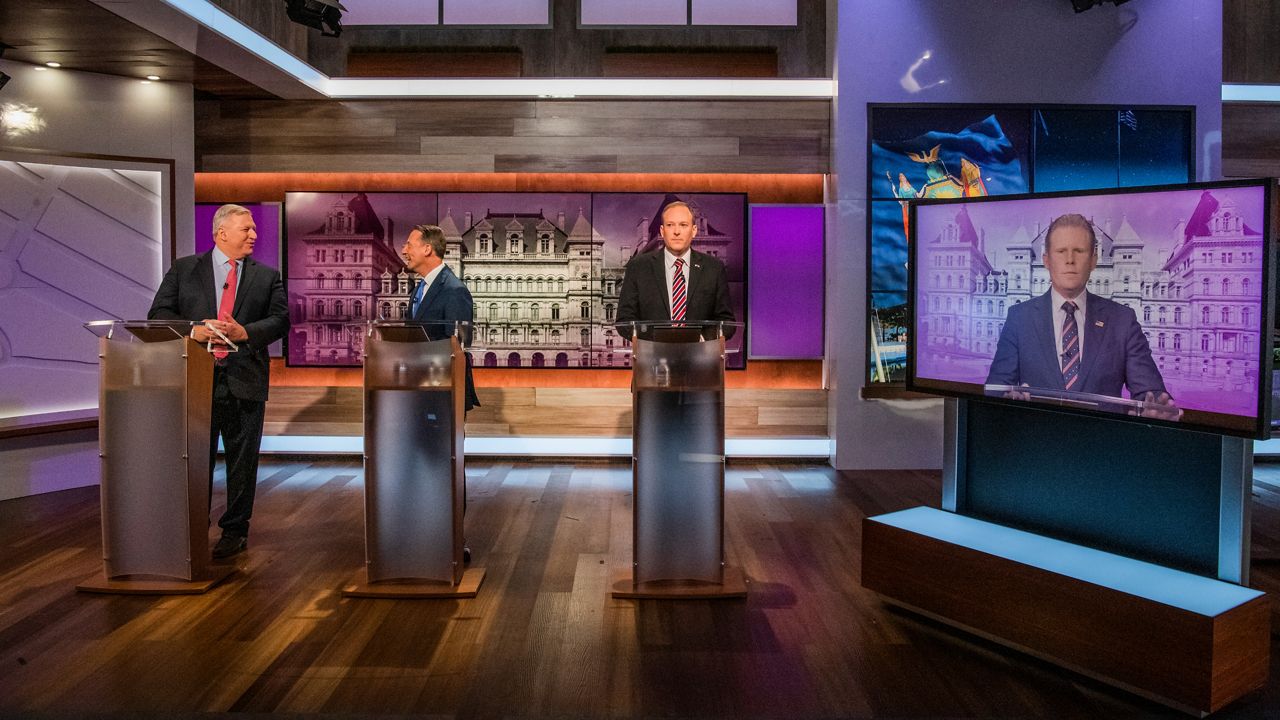 On a Rochester stage during a debate hosted by the conservative channel Newsmax this week, all four Republican candidates for New York governor listed George Pataki as the best GOP governor of their lifetime.

There was a subtle message in that: Pataki was the last Republican to win statewide and had been able to appeal to Democratic and independent voters along the way for three terms. As the Republican primary for governor this year enters its final days, the candidates are all pledging their electability to voters.

Republicans haven't held statewide office in 20 years and hope this year — with a governor running for a full term after succeeding a scandal-scarred predecessor, concerns over crime and rising inflation — is their best chance in decades.

"Ultimately it's the people of New York, it's the voters of New York who decide in November what they want as far as fighting crime, as far as making life more affordable," said U.S. Rep. Lee Zeldin, the party's preferred candidate.

But Zeldin is facing what could amount to a jump ball for the nomination next week, facing off against former Westchester County Executive Rob Astorino, businessman Harry Wilson and former Trump administration official Andrew Giuliani.

Zeldin in recent weeks has increasingly criticized all of his rivals and traded barbs with them in a series of TV debates.

Astorino, the party's candidate for governor in 2014, said he hopes to appeal to a broad array of voters.

"This is going to be the revenge of the normal people — people of all political stripes who are just fed up with the chaos and the dangerousness, the unaffordability, the cancel culture, being called a racist if they don't agree with you," he said.

Wilson, who last run for office in a relatively close race for comptroller in 2010, has sought to stand out by pointing to his experience in the private sector and ability to work with Democrats.

"Voters that I think resonate most with our message are people who really care about the future of their families, they realize that what we're offering is so different from anybody else running," he said. "Basically anybody else running has said they will manage the decline of the state and say no to the other side."

Rounding out the race has been Giuliani, a former Trump administration official and the son of former New York City Mayor Rudy Giuliani. He has sought to harness frustration with pandemic-related rules and restrictions.

"I have a very clear message: On Jan. 1, 2023 of a Giuliani administration, those mandates go into the dustbin of history and anybody who lost their job will get their job back," he said.