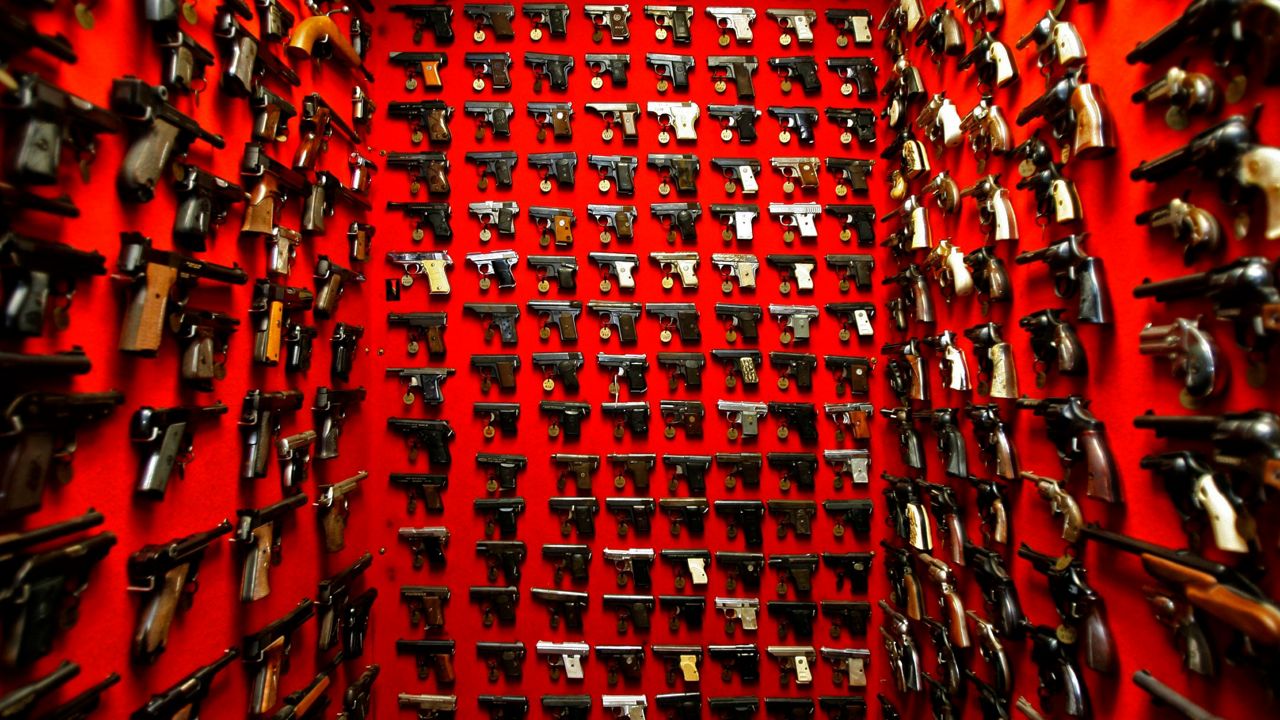 A debate over gun laws and how best to keep New Yorkers safe is dominating the campaign for governor following a spate of mass shootings that have rocked the country and as gun violence is once again on the rise as the summer approaches.

The differences between the two parties vying for the governor's office this year are stark: Republicans argue the gun law changes favored by Democrats do nothing to stop ordinary street crime; Democrats have touted stricter measures as a way of keeping people safe.

Those differences were highlighted on Monday night when the four candidates for the GOP nomination faced off in their first debate on WCBS in New York City.

"I think we need to change the debate a little bit here from gun control to criminal control," said Rob Astorino, the former Westchester County executive. "Right now, it's the criminals who get away with everything."

In an otherwise fiery debate, it was a rare moment of agreement with rival U.S. Rep. Lee Zeldin.

"We have the strictest gun control laws in the country," Zeldin said. "They've gone too far as it is, they target law abiding citizens."

Only a decade ago, the last major package of gun law changes in Albany was able to garner Republican votes in the Legislature. But the SAFE Act, a law championed by then-Gov. Andrew Cuomo, almost immediately became a polarizing issue for voters in the state.

This month, Gov. Kathy Hochul approved a new slate of gun legislation to require licensing for semiautomatic rifles, a ban on body vests, and have state officials study the feasibility of microstamping. Hochul last week did not rule out further changes as the U.S. Supreme Court considers a case challenging New York's strict conceal carry law.

"We stand ready to take whatever steps are available to us legally to make sure we can continue to protect New Yorkers," she said.

But her primary opponent, U.S. Rep. Tom Suozzi, however, points to Hochul's past support from the National Rifle Association when she represented a conservative district in Congress.

"When the governor was in Congress, she was endorsed by the NRA, she voted with the NRA, she took money from the NRA," Suozzi said.

Hochul has defended her past stance on guns, pointing to the massacre at an elementary school in Connecticut in 2012 as a catalyst for her changing her views.

"When candidates are putting their dollars behind it in campaign ads, you know it's a big deal," he said.

Democrats in a Democratic heavy state have been able to translate support for tougher gun laws into votes. Polling, however, has shown voters to be in an increasingly sour mood and have cited crime and public safety as key concerns for them. More narrowly, traditionally Democratic voters — suburbanites and women — have recorded crime as a top concern.

These voters could be a bellwether for the party come November.

Both parties need to show they can combat gun violence of all stripes ahead of what's expected to be summer of violence, O'Donnell said.

"Democrats and Republicans need to show they have a plan," he said. "We've heard a lot about, 'oh we're going to fix it.' Whether it's the terrorist attack in Buffalo or Columbine or Sandy Hook, and we haven't seen a lot of results."