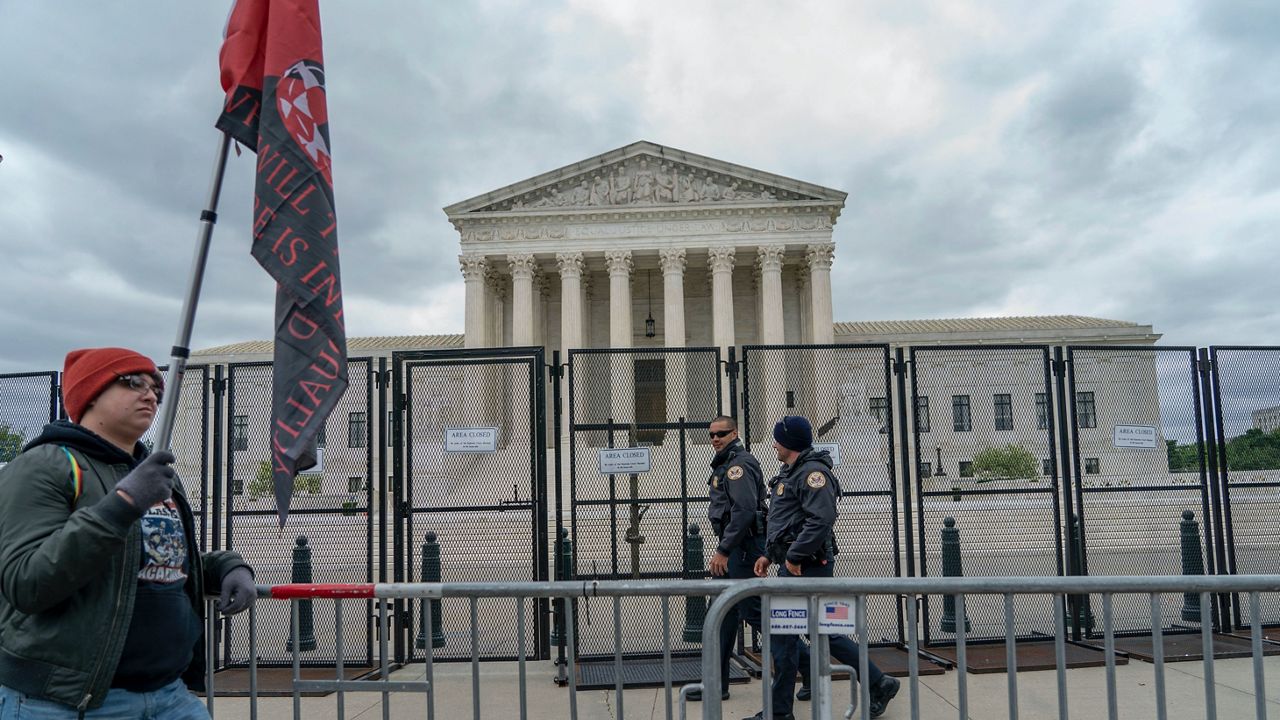 Democratic lawmakers who control the New York state Legislature are considering the first passage of an amendment that would lay down markers in the state constitution guaranteeing rights that include gender and sexual orientation.

The amendment is being considered as part of a menu of bills lawmakers will likely pass in the coming days meant to address access to abortion as advocates considered what the world will look like if the U.S. Supreme Court overturns the 1973 abortion ruling Roe v. Wade.

The push is being driven by the leaked draft of the ruling, but also a concern other rights set by a court ruling may be on line as well.

"We can actually pass laws that are thinking about the future of what is going to be overruled or overturned or attacked," said state Sen. Alessandra Biaggi.

Opponents of abortion have contended New York's laws won't change, and the state already has some of the strongest measures on the books for access. At the same time, the draft ruling by Associate Justice Samuel Alito specifically noted other rights would not be affected by overturning Roe.

But advocates like Lourdes Rosado, the president and general counsel of Latino Justice, are not convinced. They fear established rights like access to contraceptives or even same-sex marriage are at risk of being overturned, or sent back to state governments to set policy.

"A lot of people who thought they were protected by our existing laws are in fact not," she said.

Lawmakers are considering a broad amendment that would specify and protect rights in the state. Gov. Kathy Hochul earlier on Tuesday backed a broad-based amendment, not one that would narrowly address abortion.

Gov. Hochul says she supports the broad proposal for a state constitutional amendment that would enshrine a set of rights in the New York constitution that would go beyond addressing Roe v. Wade

"New York, for example, does not protect you based on your sex, your sexual orientation, your disability status, your capacity to become pregnant," said Lee Rowland, the policy director for the New York Civil Liberties Union. "The Supreme Court leak demonstrated to us so clearly how our rights can be taken away from us at a moment's notice if they are not written into the constitutional language."

A constitutional amendment takes time for approval: It must be passed by two separately elected sessions of the Legislature and then put before voters in a referendum.

Those who oppose abortion see it differently. Kirsten Curran, the New York State Catholice Conference's director of government relations, said policymakers should instead be focusing on measures meant to help families.

The effort to pass a constitutional amendment for measures already addressed in existing law, too, carry the whiff of politics.

"I think things like constitutional amendments seem very unnecessary," she said, "and almost just to say you're doing something in an election year."