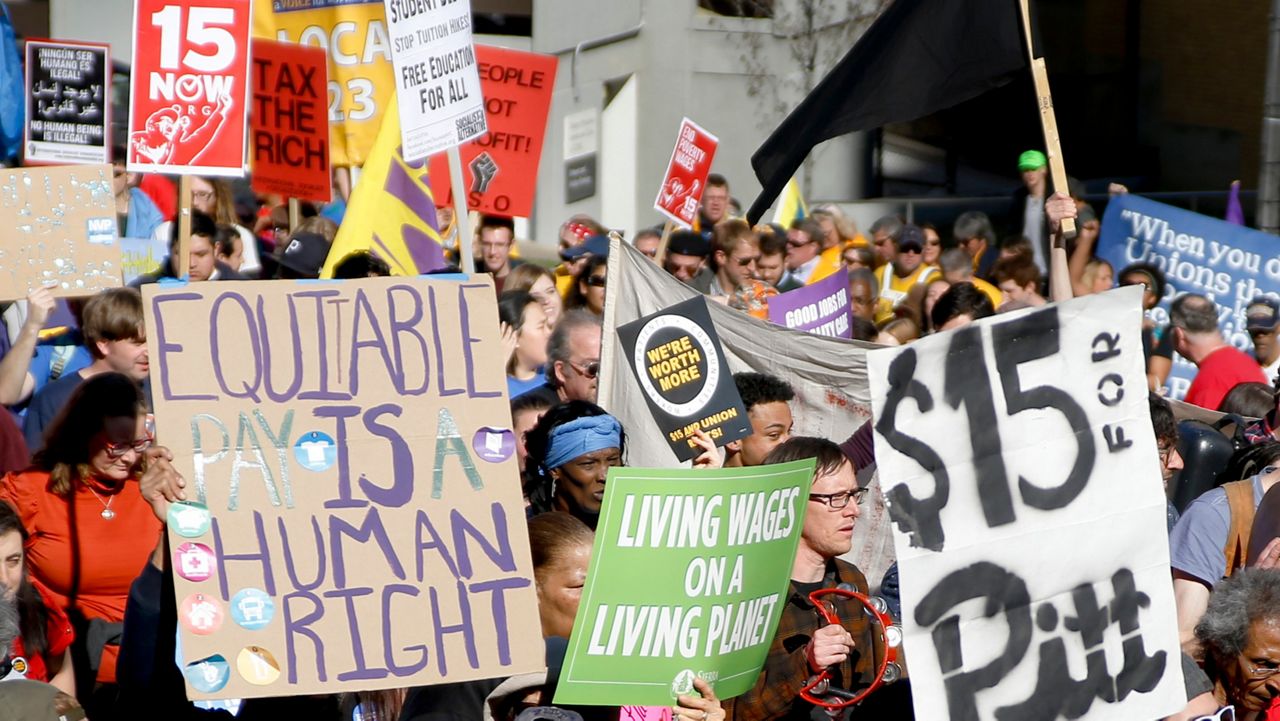 Progressive lawmakers, labor unions and advocates are calling for another increase in New York's minimum wage, arguing the high cost of living makes it necessary for low-wage workers to make ends meet.

But Republicans are pointing to record inflation over the last several months, arguing another hike in the wage law will only hurt businesses that are already in a sustained struggle following the COVID-19 pandemic and the cost of goods.

Still, the issue is now becoming one on the campaign trail. Progressive activist and Democratic candidate for lieutenant governor, Ana Maria Archila, is among those calling for the wage increase.

"People who are doing really important work to protect our families are earning poverty wages and our laws are enabling that reality," she said.

Future increases would be indexed to inflation.

State lawmakers and then-Gov. Andrew Cuomo last increased the minimum wage in 2016 as part of a state budget agreement. The wage hike was part of a sustained push by labor unions, part of a Fight for $15 campaign that had been endorsed by progressive advocates across the country.

Now many of those same advocates are making another push, arguing the current wage floor doesn't do enough for low-income families.

"We should be focusing our efforts to make sure people have decent wages that allow them to support their families and live with dignity," Archila said.

Lawmakers like Democratic state Assemblyman Tom Abinanti pointed to rising inflation, now reaching a 40-year high, as an example for why a hike is needed, especially for low-wage workers who provide services for vulnerable people.

"I think inflation makes it more important that we do this," he said. "We can't forget our workers. We are losing a workforce. If you go into the disabilities field, there's a 25% vacancy."

But Republicans like North Country Assemblyman Matt Simpson say businesses are already shouldering too many costs.

"There's still so much uncertainty, so many breakdowns in the supply lines, so many challenges that businesses and economic drivers are experiencing in our area," Simpson said. "I think it would be the wrong time."

And Republican Assemblyman Josh Jensen said any wage increase would ultimately be shouldered by consumers when staples like groceries and gas are already more expensive.

"Any increase to wages has to come from some place," he said, "and certainly those costs are going to be borne by the businesses."