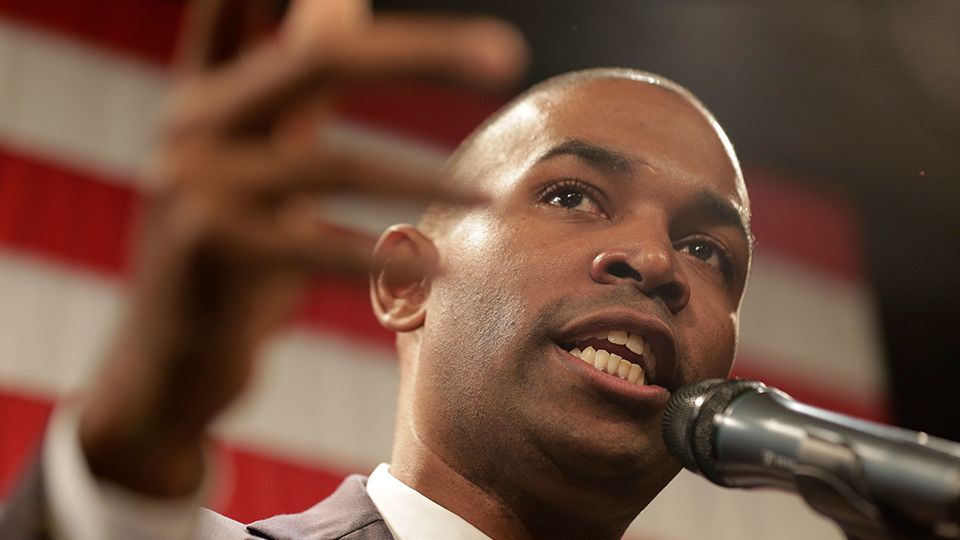 New York's next lieutenant governor is a Rhodes scholar and a Schenectady native. He's a member of the Upstate Basketball Hall of Fame and a graduate of Harvard Law School. He moonlit as a hip hop artist with a socially conscious album.

"All these different entry points connect to me and just really help me to figure out how to go in and out of communities and find the connective tissue," he said at a news conference on Tuesday alongside Gov. Kathy Hochul.

Delgado was first elected to Congress in 2018, representing a rural and sprawling Hudson Valley district that includes an even mix of Democrats and Republicans. Gareth Rhodes, one of the primary challengers in the race that year, said Delgado is someone who has been able to hear voter concerns.

"They want someone who listens to them and shows up," Rhodes said. "The district is larger than Connecticut and Rhode Island combined, and that's exactly what Antonio has done since taking office."

In Congress, Delgado pushed for issues key to rural voters, including agriculture, land use and communications concerns.

"I think it's both Antonio's ability to win and also his ability to serve his constituents and deliver on issues that matter to them," Rhodes said.

Now he's taking on the role of lieutenant governor, a statewide office that former Lt. Gov. Bob Duffy says requires a lot of traveling and a lot of trust with the state's chief executive.

"You stay busy, you maximize your time, you get out and you drive around," he said. "Governors fly, lieutenant governors drive."

The challenge, Duffy said, is to subvert yourself to the goals of the administration. And while the job seems like a powerless one, how relevant lieutenant governors are is largely up the governor.

"If you don't have a relationship with the governor, you're going to have a very sad and lonely time as LG," Duffy said.

Hochul is turning to Delgado at a potentially critical time for her administration and political future. She is running for a full term later this year and is navigating a Democratic primary. Delgado replaces ex-Lt. Gov. Brian Benjamin, who resigned last month following corruption charges.

Benjamin's replacement on the ballot and in office was hastened by a law Hochul was able to negotiate with state lawmakers to make it easier to replace candidates running for office.

Delgado was born in Schenectady where his dad worked at General Electric. He attended Colgate University and became a Rhodes Scholar and eventually graduated from Harvard Law School. Delgado's family attended the Macedonia Baptist Church in Albany.

Delgado says his family's background — he is both African-American and Cape Verdean — has helped him represent and understand diverse communities in New York.

"I'm very much rooted in the tradition of Black culture," he said. "All of it informs me in terms of how I go about the work."