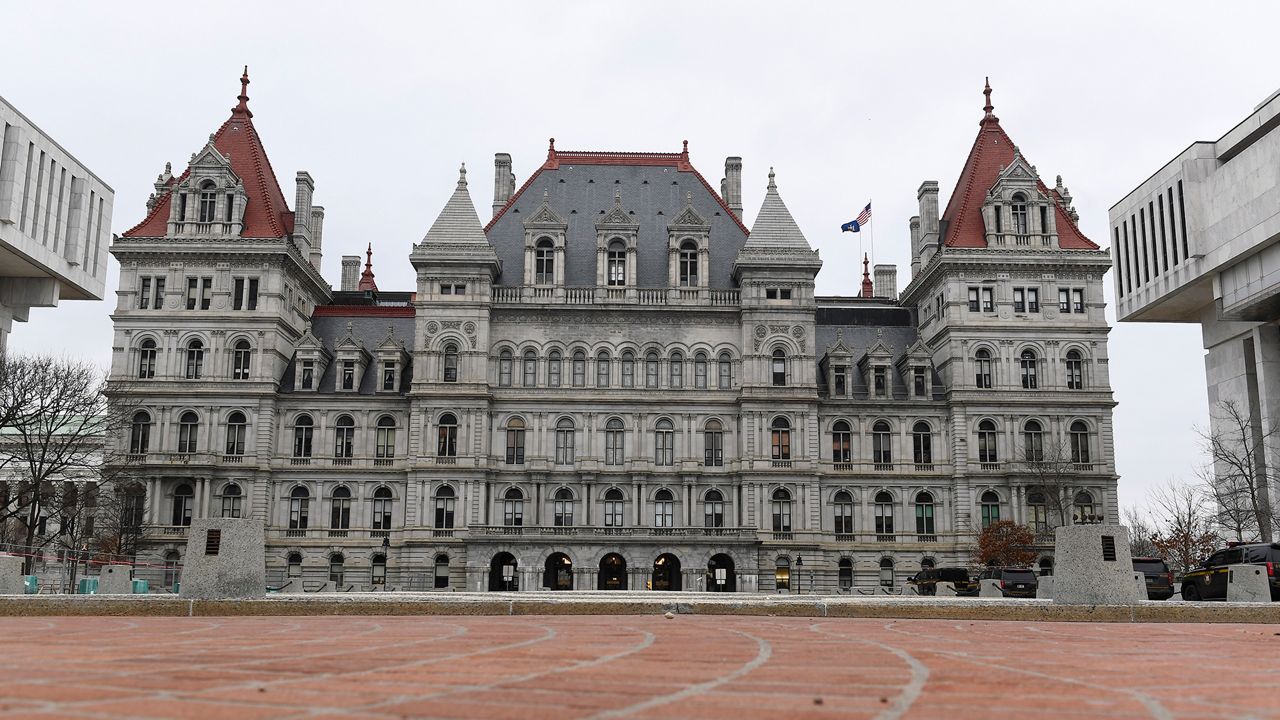 Now, with the possibility of that landmark Supreme Court ruling being overturned, the debate over abortion is set to return to New York amid an election year.

A draft ruling leaked to Politico shows a majority of the court is set to overturn the Roe decision, sending the issue back to state governments across the country. The development could mean a further patchwork of laws surrounding the issue.

Gov. Kathy Hochul in a statement released Monday night said she was "horrified" by the draft ruling.

"For anyone who needs access to care, our state will welcome you with open arms," she said. "New York will always be a place where abortion rights are protected and where abortion is safe and accessible. Just as the Statue of Liberty lifts her lamp tall in our harbor, New York will never stop fighting for what's right — unafraid and undeterred."

But for opponents of abortion, the news was seen as a potential relief.

“While it is important that we wait for the justices of the United State Supreme Court to speak for themselves through an official opinion, tonight’s news is an exciting possibility for those of us in the trenches of America’s pro-life movement," said the Rev. Jason McGuire, the executive director of New Yorkers for Constiutional Freedoms. "We have never been closer to seeing Roe cast upon the trash heap of history—where it belongs.”

The debate over the final approval of the Reproductive Health Act was a heated one for years in New York. The measure was initially included in a 10-point package of bills Cuomo had called the Women's Equality Agenda, with many of those proposals meant to boost laws surrounding human trafficking and workplace discrimination.

But the measure addressing the state's abortion laws was considered an unwarranted expansion by the Republicans who controlled the state Senate at the time. Nine of the 10 planks in the agenda were approved, and the Reproductive Health Act became a key political issue for Cuomo heading into the election year.

Cuomo at the time pledged to strengthen and preserve abortion laws in the state through the measure if the Supreme Court were to strike down Roe v. Wade.

When Democrats gained full control of the state Senate in 2018, the measure was approved weeks after the new Legislature took office.

The Reproductive Health Act allows a pregnancy to be terminated after 24 weeks if a woman’s life is in danger or the fetus is not viable. It allows a licensed or certified health care practitioner to perform abortions.

"Unfortunately, we knew this day was coming, and that is why when we took the Senate Majority we immediately codified Roe v. Wade into state law, allowing us to withstand any Supreme Court decision," said Senate Majority Leader Andrea Stewart-Cousins. "The Senate Democratic Majority will continue to stand up for choice and women’s health."

And yet abortion could once again become part of the gubernatorial campaign this year. Republican Rep. Lee Zeldin, the preferred nominee of the party, told a group of abortion opponents he would support nominating a "pro-life" state health commissioner if elected governor.

Zeldin's campaign in a statement to Spectrum News 1's Washington bureau underscored his opposition to abortion.