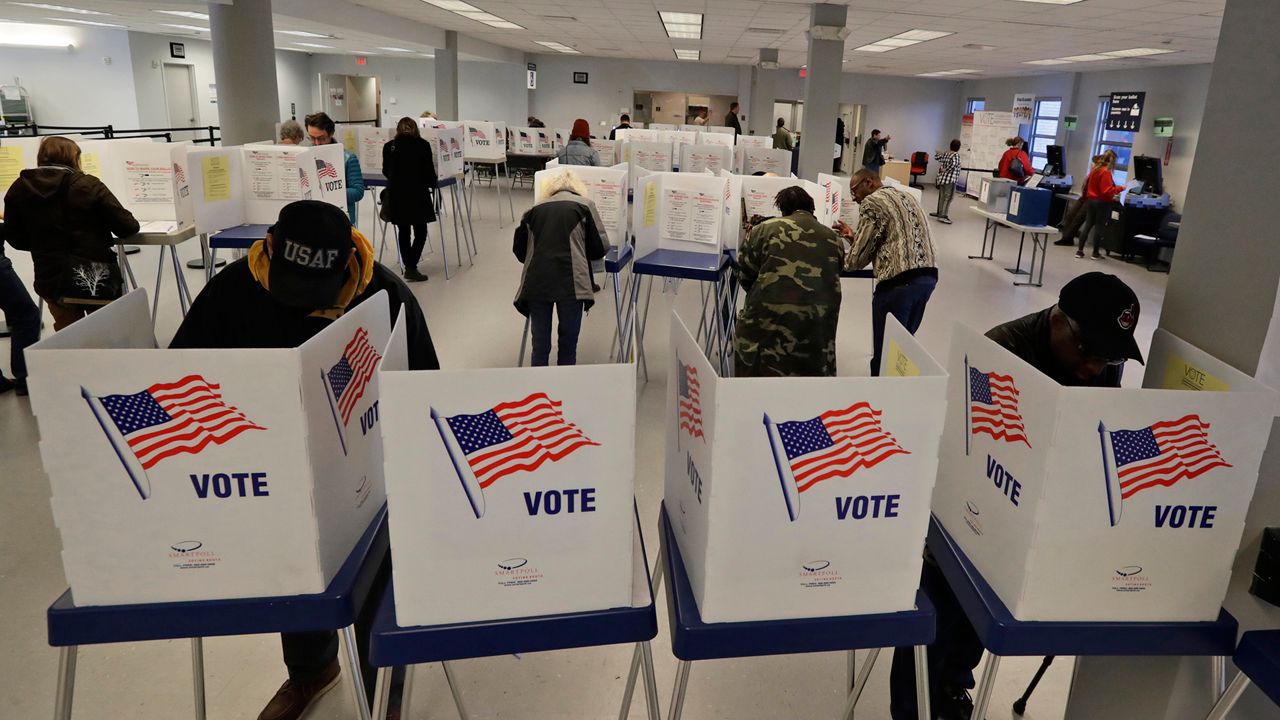 A day after the state Court of Appeals tossed a monkey wrench into New York's political calendar after rejecting the new U.S. House and state Senate maps, officials from local boards of elections to Gov. Kathy Hochul are trying to assess the next steps.

"It's coming at the last minute and we still don't even know the maps and where people are running for any of these races, so this is going to be very confusing for voters," said Dustin Czarny, an elections commissioner in Onondaga County.

New York's top court on Wednesday found the maps drawn by Democratic state lawmakers for the U.S. House of Representatives and the state Senate were an unconstitutional gerrymander — essentially part of an effort to empower Democratic candidates and incumbents.

The ruling upends the political calendar for congressional and state Senate primaries that are scheduled to be held in two months. New lines must be drawn and, potentially, a new round of petitioning to gain access to the ballot with signatures from an entirely different set of voters who they want to represent in Washington or Albany.

And then there's the cost: a statewide election typically costs as much as $30 million to hold. Czarny, the Onondaga County elections official, estimates a second primary will cost at least $400,000 for his board alone.

"I think the major county boards and especially New York City and Long Island are going to see major astronomical costs that the counties are going to have to absorb," he said.

Hochul in Yonkers on Thursday while touring an elementary school did not announce a plan for addressing the court ruling and how the primaries would be held.

New Yorkers, however, are perhaps accustomed to multiple primaries. Last decade, a court order required the state to hold congressional primaries in June to comply with a federal law governing timely access to military and overseas ballots. But Republicans who controlled the state Senate at the time and Democrats in the Assembly could not agree on a new date for the state-based races.

That led to a federal primary in June and a state primary in September. The Democratic-controlled state Senate in 2019 moved to unify the two primary dates.

"Voters found it very confusing," Czarny said. "They didn't know how many times they had to go to the ballot box, which offices were up when, and that's when we had years to prepare for that and it was seen as normal."

Republican former Congressman John Faso, who advised the GOP-backed lawsuit, acknowledges there will be voter confusion. But he says it's far better than having candidates run under maps found to have been drawn with partisan intent.

"It would have been worse to have the races for the state Senate and the U.S. House of Representatives be conducted under unconstitutional lines," Faso said. "That would have been even worse."

The ruling, based on a 2014 state constitutional amendment approved by voters, is also a milestone for non-partisan redistricting, he said.

"The Court of Appeals laid down a marker that the constitutional amendment that the people voted for in 2014 that it means something," he said. "That it's not merely a sham or window dressing."