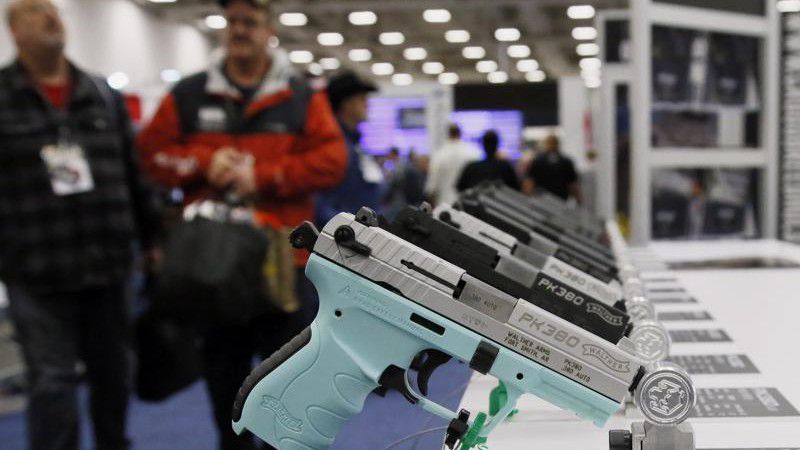 State lawmakers in the final days of the legislative session are considering a package of gun control bills that are meant to boost gun research and data on shootings, as well as crack down on the flow of illegal weapons, while also making it easier to sue gun manufacturers.

The measures are not being considered in a vacuum: High-profile shootings have occurred in communities across the state in recent weeks. Democratic supporters of the bills expect the proposals will address those incidents, while gun rights advocates believe the bills are window dressing that fail to solve a broader problem with crime.

New York already has some of the most stringent gun laws on the books, including the 2013 SAFE Act, which was approved in the wake of the Sandy Hook Elementary School shooting.

The Democratic-led state Senate approved the latest slate of gun control bills earlier this week and the state Assembly could follow suit in the coming days. The session ends June 10.

"One of the problems we've had, we have some of the strong gun laws in the country, but when guns are coming in from out of state it becomes a challenge," said Sen. Mike Gianaris, a Queens Democrat and the deputy majority leader.

Shootings in upstate communities have rocked cities in recent weeks, including incidents that have killed bystanders in Albany.

"Gun violence has plagued our country for far too long," Gianaris said. "So, yes, to the extent that these insistences involving deadly weapons, firearms, that shouldn't be in certain hands, these bills that we passed will help remove that problems from the equation."

Tom King, of the New York State Rifle and Pistol Association, sharply disagrees. A supporter of gun rights, King says the bills are more of a distraction than a solution to problems facing communities.

"I think this gun control stuff is a diversion because the politicians don't want to face the real facts that there's a problem with crime in the cities, lack of police support," King said.

As for the signature bill opening up gun makers to lawsuits, King says other industries should be worried about the effect and consequences of the measure.

"If you allow the process of vicarious liability to spread to different products, the only people who are going to be winners in this are the trial lawyers association," he said.